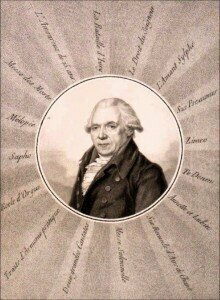 On a list of the most popular love songs in classical music, Plaisir d’amour (The pleasure of love) would undoubtedly rank supremely high. Originally composed in 1784, Hector Berlioz arranged the tune for orchestra, and various pop-music settings include the steamy 1961 Elvis Presley adaptation “Can’t Help Falling in Love.” The original text comes from a poem by Jean-Pierre Claris de Florian (1755–1794), who had used it in his novel Célestine: 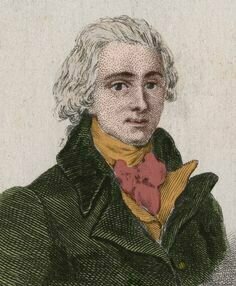 Only a French poet can capture the essence of longing in such clarity and beauty, don’t you agree? And the same of course goes for the musical setting by Jean-Paul-Égide Martini (1741-1816). Let’s not jump to conclusions that quickly, since Martini was born Johann Paul Aegidius Martin in Bavaria! Educated in a Jesuit seminary, he later studied philosophy in Freiburg but abruptly discontinued his education. He first changed his name to “Schwarzendorf” hoping to avoid having to pay a refund for his educational costs, and subsequently moved to France under the new name “Martini.”

He did become a successful court musician directing concerts for Marie Antoinette, and adapting to the new political realities brought on by the French Revolution, later served Napoleon and the restored Chapelle Royale. His light operas enjoyed great success, as did his chansons including “Plaisir d’amour.” Eventually appointed professor of composition at the Paris Conservatoire, Johann Martin—sorry, Jean-Paul-Égide Martini—died in Paris in February 1816. Just goes to show, love is universal after all!