Dr. Brianna Matzke is a pianist, educator, collaborator, producer, as well as an advocate of new music. Matzke, who grew up in a small-town Minnesota, was famously known as the “piano girl” playing for major occasions around town. Fast forward, the piano girl later earned a doctoral degree in piano performance at the University of Cincinnati College-Conservatory of Music (CCM). In addition to being a faculty at Wilmington College, she is a founder of The Response Project, the CEO and President of the International Foundation for Contemporary Music, and the Executive Director of the Cortona Sessions for New Music. In this interview, Matzke will share her idea and vision of new music! 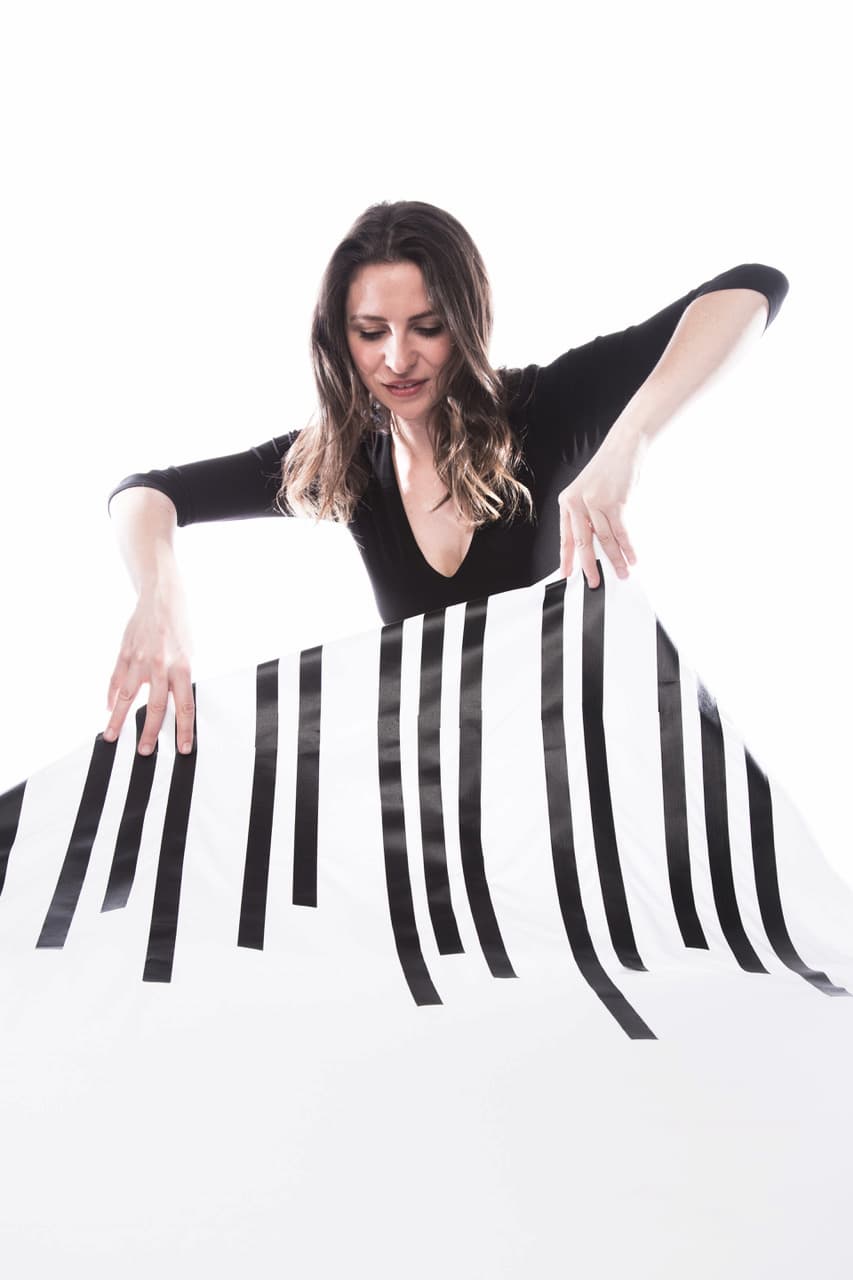 You founded The Response Project, which aims to get a musical response to a pre-existing artwork or idea. How did it get started?

Since its founding, I’ve had the immense joy and pleasure of collaborating with many incredible artists, musicians, composers, and community organizations both here in Cincinnati and across the globe, creating new artwork and bringing diverse audiences together for life-changing, eye-opening artistic and musical experiences.

I got the idea for The Response Project from two sources. First, sometime around 2013, a wonderful pianist came to visit CCM where I was finishing my graduate studies, and she had commissioned a group of composers to write new music in response to Liszt’s Dante Sonata. She gave an amazing concert, and I thought the idea of asking a group of people to write something new in response to something much older was really fascinating. Second, also in 2013, I attended a festival called MusicNOW that used to happen every year here in Cincinnati. It was curated by Bryce Dessner, who is both a classical composer and also a guitarist for a rock band, and the musical programming reflected his wide-reaching musical tastes – everything from African guitar ensembles to a children’s choir to an indie rock band to a percussion ensemble. It was one of the first times I felt like my entire artistic identity was encapsulated in one musical event, and I knew from that moment onward that I wanted to find my own ways to eschew genre, be creative and experimental, and work with other similarly minded people. I chatted about these thoughts with some of my mentors at school, and they helped me come up with the idea for The Response Project. The year after that, I gathered together some friends, and they wrote some pieces for my first official project, The Stockhausen Response Project. That ended up being a great success, and I’ve completed a Response Project every one or two years since then.

In addition to the Response Project, you are the CEO and President of the International Foundation for Contemporary Music and the Executive Director of the Cortona Sessions for New Music. What do the organizations do? What motivation leads you to promote contemporary or so-called new music?

The International Foundation for Contemporary Music is a non-profit dedicated to the creation, performance, and education of contemporary music around the world. We do many things, but our flagship program is the Cortona Sessions for New Music, a two-week educational festival for emerging performers and composers held each year in the Tuscan village of Cortona, Italy. We also sponsor other “new music” projects such as the performing ensembles New Morse Code and Duo Cortona, and we offer a special fiscal sponsorship and mentorship program to alumni of our educational programs.

The IFCM and the Cortona Sessions believe in the importance of contemporary music for many reasons. First and foremost, we love promoting the creation of new art in all forms, and we want to see the world continuously filled with thrilling and enriching new music. In particular, we are very excited about the creative voices of young people, and we want to amplify their new experiments in music, showing all of us new forms of beauty that we never even dreamed possible. But we also believe that music plays a special role in making artistic commentary on the contemporary human state of being; there is a specific set of feelings, emotions, and states of being that is particular to this day and age that only newly-created music can authentically illustrate. 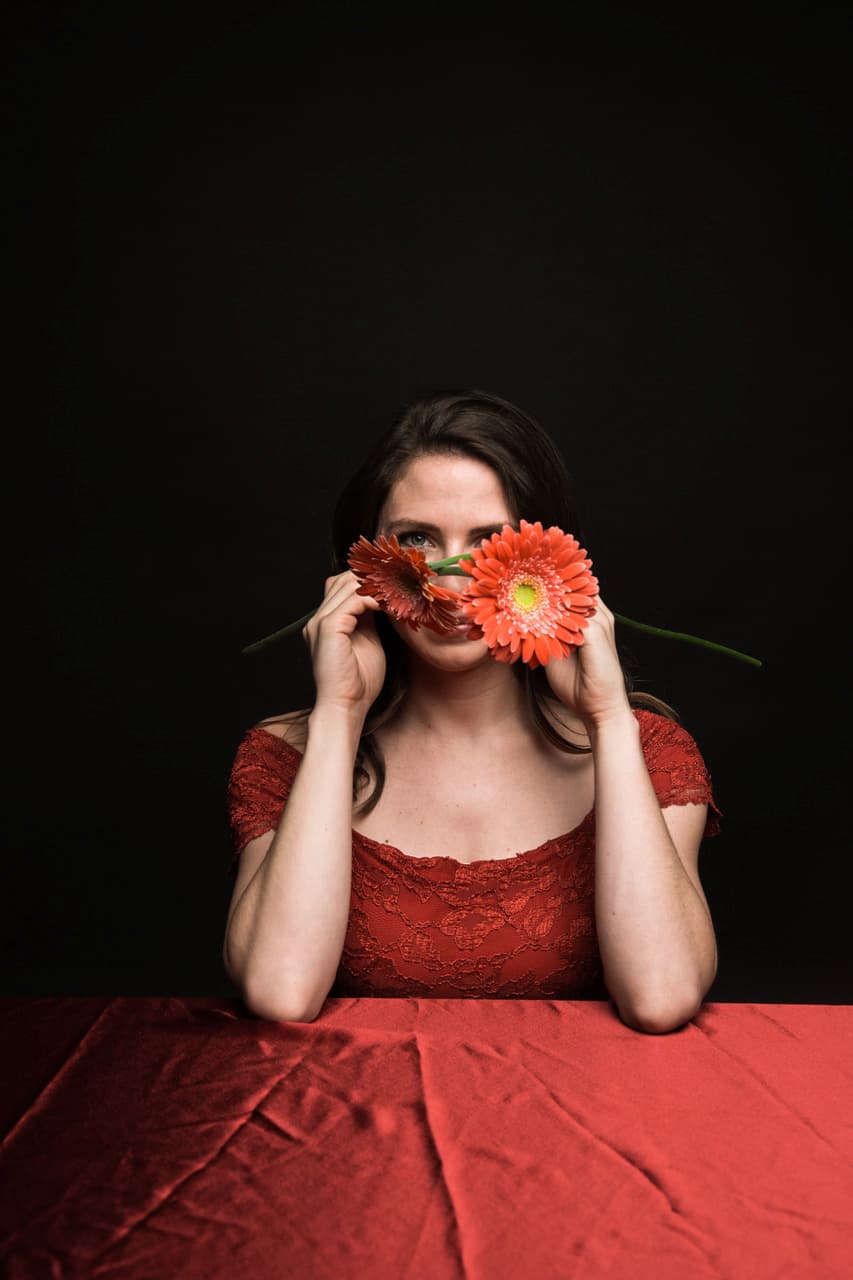 What is your definition of new music? Does it limit to only a specific type of sound? Does new music only include an audio experience?

This is a simple question with a very tricky answer. In order to answer it, we would need to answer many other questions as well. For example, in the academic world where I do a lot of my work, the term “music” often implies the study of Western classical music (e.g. “conservatory of music” or “music degree”), and in that implication, we leave out great swaths of amazing musical traditions from across the nation and globe. Indeed, the two names of the organizations that I run may be guilty of that very mistake — although we are working very hard to expand beyond classical music practices. Some would say that the term “new music” is any music newly created in a classical idiom, such as with classical instruments and a written score, for example, but even that is a very poor definition. I love that you asked this question because the difficulty in specifically answering it actually represents the most exciting part of my role leading the IFCM and the Cortona Sessions; we get to explore that definition in order to expand and grow our programming to be more inclusive of musical practices and backgrounds. I’m looking forward to that journey.

Do you have any concerts/projects coming up?

Yes, although it has not yet been announced, I am working on my next Response Project, which will premiere in 2024. I am also working on recording two albums. One is a recording of a set of five new pieces for piano and percussion, called The Oliveros Response Project; for that album, each composer chose a short piece of music by the late Pauline Oliveros and wrote new music in response. The other album is the complete songs by Peter Lieberson for mezzo-soprano and piano, recorded with the amazing Stacey Rishoi. Both of those are also due for release in 2024.

As an educator, what is the responsibility of promoting contemporary music?

The art form of classical music is a living, breathing art form! I can’t tell you how often a new acquaintance is surprised to learn that there are still living composers; there is too much of an association between classical music and being “old” and/or “dead.” If we continue to promote and program beautiful, moving, and surprising contemporary music, audiences around the world will understand that classical music has relevance for their lives. Ultimately, I hope that by promoting contemporary music we can build larger and stronger communities surrounding our music-making and also that we can use our music-making to support our communities!

Do you have a few pieces of new music that you want to introduce to our readers?

This piece was written by John Glover as part of my 2018 Response Project. Called Something Is Happening Here, I asked composers to write new music in response to a song of their choosing from Bob Dylan’s album Highway 61 Revisited. John composed this piece in response to the song “Queen Jane Revisited.” He writes on his website, “Not long after Brianna invited me to contribute to her Bob Dylan-inspired response project, I had a relatively quick succession of losses, life changes, and challenges that were beyond what I felt I could understand. Though I had initially intended a broader reflection on the song “Queen Jane Approximately,” my head and my heart kept driving towards one particularly beautiful and biting lyric (which is -approximately- the title for this piece). It seems to desire permanence while confronting the very opposite reality we all experience as we move through life.

The other piece I’d like to share is from my 2020 Response Project. It’s by composer Evan Williams and is meant to depict the two Voyager Probes as they slowly fly away from this planet into the lonely expanse of space, each carrying a time capsule of recordings from Planet Earth, should they ever encounter intelligent life. The piece is meant to be a response to Pauline Oliveros’ Sonic Meditations compositions and is in and of itself a meditation.

Teach Yourself to Fly From This Pale Blue Dot

Outside of her professional life, Brianna enjoys going for walks, listening to audiobooks, trying new bars and restaurants, going to art shows and concerts, and taking care of thirty (yes, thirty!) houseplants. To learn more about Brianna Matzke, please visit her website at https://www.briannamatzke.com.