Recordings are, by nature, performances in quite an unnatural environment. Microphones squat beneath you and leer over your shoulders, wires and cables snake around the floor, and there is no audience, no one to hear the results of your efforts in the immediate moment. How different does it feel to record session music compared with performing in a live concert? Is there any difference at all?

In the olden days, recordings were much more like a live performance due to the lack of sophisticated editing techniques.

When we attend a live performance, part of the thrill of the experience is engaging with the performer, seeing them express themselves, witnessing the effort and risk-taking they put into making music. It is partly this risk-taking that gives the live performance its thrill. In a session, however, obtaining an accurate result is the most important thing. There may well still be room for expression and spontaneity, but neither of these should come at the expense of the accuracy of the music. 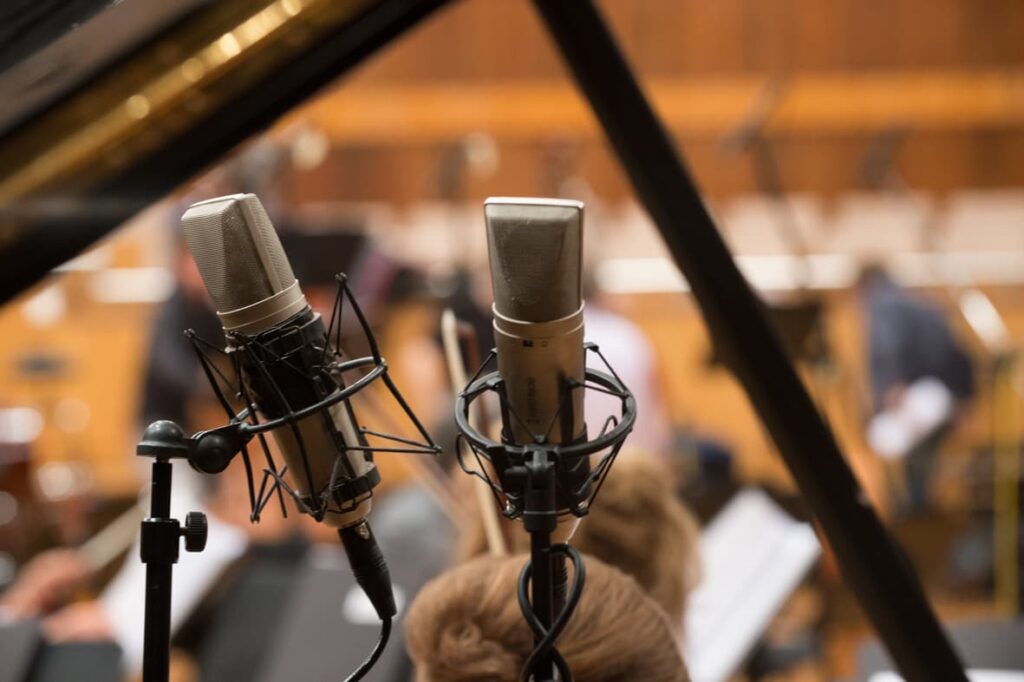 This makes sense: music underscoring some sort of media is just one part of the puzzle. As session musicians, we’re feeding into a bigger picture, and so have to trust the direction we receive from the control room. As mentioned previously, it’s exciting to be part of such a complex artistic jigsaw, but it is certainly a different kind of excitement to perform live to an audience. Neither is better or worse – indeed, some may argue that you actually have to be more expressive in a session precisely because there is no audience. You need to make sure the intention of the music transmits over large distances and time scales and as such requires even more effort.

However, this is ultimately up to the music supervisor to direct and comes down to personal preference and what the aim of the project is. I’ve been in sessions where I’ve been encouraged to be myself and let my individuality come through, and others where there’s been a much drier approach. It’s a nice challenge to respond as well as we can to what’s being required of us, and we never know which way it’s going to go until we turn up on the day! 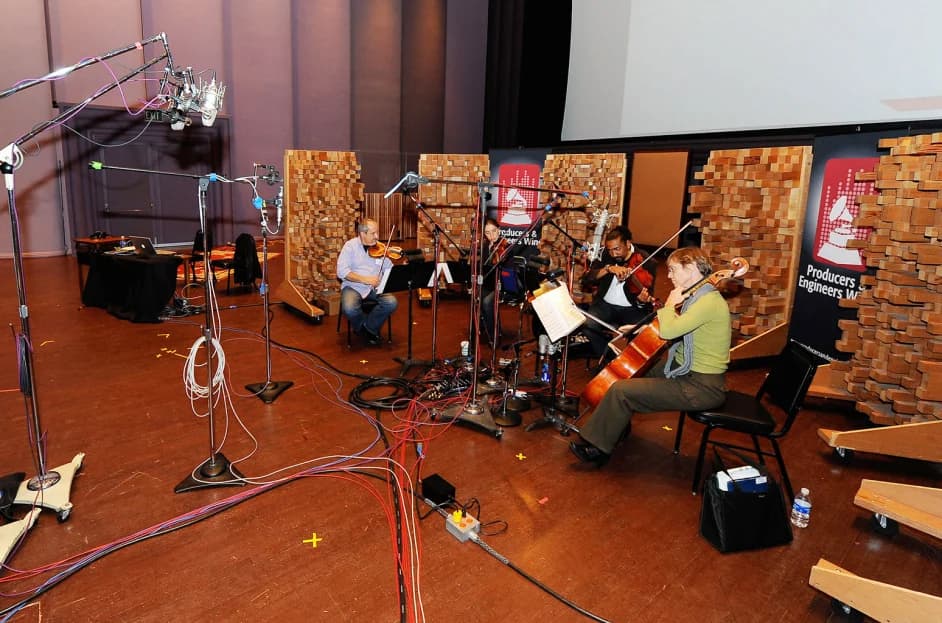 In a live performance, while the audience connects to the musician, the opposite is also obviously true: musicians feed off the connections established during a concert. In a studio, your only audience is a few microphones and some blurry faces behind several layers of thick soundproof glass. It can feel quite unnatural ‘performing’ to an empty room, but it’s just a different kind of communication. While in a live concert my playing is inherently ‘outwards’, towards the audience, recording sessions afford us the opportunity to turn inwards, to explore sounds and feelings without the pressure of performing in the moment.

We can explore the same material again and again, and to work with a producer and composer like this is its own kind of ‘performance’, in a way. Where live performances offer us opportunities to take risks, recordings let us investigate and develop things over time, working towards a longer-term goal.

Recording sessions aren’t for everyone – it can feel a little transient, turning up one day, not knowing what you’re going to see, recording the music, then leaving, in all likelihood never seeing that music again – but it’s a fascinating process to be a part of. You can still take risks and find exciting moments in sessions, and give a thrilling performance – just don’t expect any applause at the end.

Recording the famous ‘A Whole New World’ from Disney’s Aladdin – performers have to imagine an audience even when they’re in an insulated booth, completely alone!