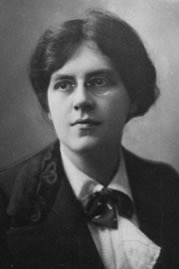 In Woody Allen’s movie, ‘Midnight in Paris’, Gil Pender (Owen Wilson) travelled back to Paris in the 1920s and encountered Ernest Hemingway, Salvador Dali, Pablo Picasso, Zelda and F. Scott Fitzgerald etc. If I had a chance, I would have also returned to Paris at the turn of the 20th century, to meet one of my admired musicians, Nadia Boulanger.

Nadia Boulanger (1887-1979) lived in a time when male was the dominant force in the society, and when people were being categorized into boxes. However, she fought against boundaries, led an honest life and excelled in whatever roles she took on.

Nadia was born into a musical household; her French father was a composer, conductor and professor at the Paris Conservatory whilst her Russian mother was a singer; Gounod, Massenet, Saint-Saens and Tchaikovsky were household friends. In 1901, she became Faure’s student and later on, she embarked on successful concert tour with the celebrated pianist, Raoul Pugno. On the invitation by Alfred Cortot, she became the first female professor to teach at the Ecole normale de musique. During the First World War, Nadia and her sister Lili founded the organization, ‘Comite Franco-American du Conservatoire de Paris’ to give comfort to soldiers, artists and musicians. Her first trip to America in 1924-25 was a great success. Nadia became the first woman to conduct the New York Philharmonic and Boston Symphony Orchestra, introducing traditional repertoire as well as promoting contemporary music, especially those by her friend, Igor Stravinsky.

Nevertheless, she met with difficulties in life. Like in the movie, ‘The Iron Lady’, Margaret Thatcher (Meryl Streep) said, ‘I have fought battles every single day of my life.’ This could have been applied to Nadia Boulanger. Throughout her life, she had to rise above her jealous rivals. For example, she was only awarded the Second Prize at the 1908 Prix de Rome because Saint-Saens disliked her. Nadia Boulanger fought on. 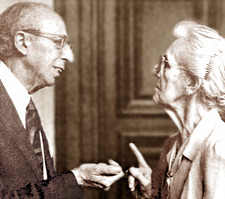 Perhaps her best achievement came with her role as a teacher. Extremely strict, Nadia Boulanger demanded her students to memorize two books of Bach’s Well-Tempered Clavier and to learn to improvise fugues. In the documentary movie by Bruno Monsaingeon, ‘Mademoiselle Nadia Boulanger’, Nadia said that great artists keep their curiosity alive and keep their hearts pure. Her Wednesday class was always filled by students and great musicians, like Stravinsky, Valery and Faure etc. Nadia was invited to teach in almost all the major conservatories, giving inspirations to no less than 1200 musicians around the world. Her students became known as the ‘Boulangerie’ which includes some of the musical giants in history, namely Aaron Copland, Astor Piazzolla, Philip Class, Elliot Carter and Idil Biret, to name just a few. Wherever she went, students from different part of the world swarmed in for a musical pilgrimage!

She taught even when she was around 90. Attacks of fever made her hearing and eyesight fade, and she even had to fight for breathing at times, yet she continued to teach and to contribute to music. On 16th September, 1979, the day when Nadia began her 92th year, Leonard Bernstein came to visit her in Paris. He was perhaps one of the last to see her. About a month later, at dawn, one of the greatest ladies in history, Nadia Boulanger passed away in her apartment at rue Ballu, in the same room where, almost a century ago, she had fallen asleep beside Lili and her mother.

‘Mademoiselle is no more,’ was the headline of the newspapers, the next day.

Nadia Boulanger on Teaching and Talent