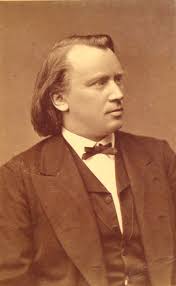 The residential district of “Ziegelhausen” is situated at the eastern perimeter of the city of Heidelberg, Germany. Picturesquely located on the banks of the Neckar River it idyllically stretches into the “Odenwald Forest.” Dotted by charming bed and breakfast establishments, it is ideal for spending a quiet summer holiday and leaving your troubles at home. At least that’s what must have been on the mind of Johannes Brahms when he came to Ziegelhausen in the summer of 1875. 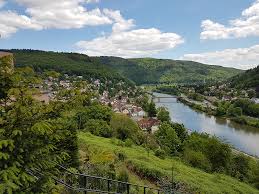 He had been working on his First Symphony for decades, and was in desperate need to mentally stretch his mind. As such, “to avoid facing the serious countenance of a symphony,” as Brahms put it, he composed a lighthearted and cheerful “useless trifle.” That trifle turned out to be his Third String Quartet, one of the sunniest and most flawlessly crafted works in the repertoire. Published by the firm of Fritz Simrock, it premiered on 30 October 1876 in Berlin. And barely one week later, his First Symphony was introduced to the public in Karlsruhe. 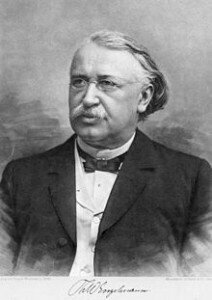 Brahms dedicated his Third String Quartet to Professor Theodor Wilhelm Engelmann, an amateur cellist who had hosted the composer on a visit to Utrecht. “This quartet,” Brahms writes to Engelmann, “resembles your wife; very dainty, but brilliant!… There is no cello solo in it, but such a tender viola solo that you may want to change your instrument for its sake.” Dedicating a quartet to a cellist when there is not a single cello melody in the entire work must count as a prime example of Brahms’ cutting irony, which he wielded with special gusto when skewering friends. During a rehearsal of a quartet—I am not sure it was his Op. 67—the violinist asked if he liked their tempos. “Yes,” said Brahms, “especially yours.” For a professional assessment of this “useless trifle,” however, we only have to consult Joseph Joachim, who wrote, “Brahms has never written such beautiful chamber music as in the D-minor movement and the finale, the first full of magical romanticism, the last full of intimacy and grace within a fully artistic framework.”