A Sincere and Serious Pianist 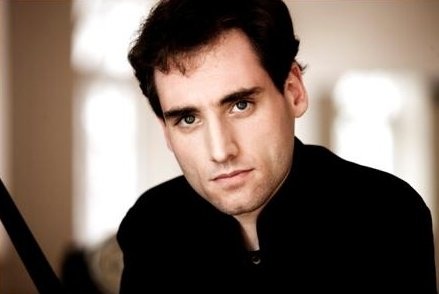 There is a certain seriousness about Russian musicians. I remember talking to Valery Gergiev once after his rehearsal with the Vienna Philharmonic Orchestra; every note, for him, is about life and death. In fact, this profound thinking can be found in Russian literature, in Dostoyevsky’s Crime and Punishment, Tolstoy’s War and Peace, and Chekhov’s The Cherry Orchard. Although the 29 year old pianist Boris Giltburg spent his childhood in Tel Aviv, his Russian blood, perhaps, make him seem more mature than his age. When we spoke on the phone, his seriousness and sincerity reminded me of Gergiev. Before winning the first prize of the Queen Elizabeth Competition in 2013, Boris Giltburg has already had a track record behind him, performing with conductors like Alsop, Petrenko, Entremont, Dohnanyi and Tortelier. In 2012, he released his recording of Prokofiev’s ‘War’ sonatas, music capturing a topic which is again, distinctively Russian.

JL: Before winning the Queen Elizabeth Competition, you were already performing around the world. Would you regard QEC as a turning point in your career?

BG: It was a milestone. I did many competitions when I was young, but nothing as such. The competition was very intense and challenging. When they announced the result, I felt unreal. It ended my competition career. I had a lot more invitations for concerts afterwards. But the most important was that I had a breakthrough in my artistic development in this competition. Two years ago, I got the 2nd prize from the Rubinstein competition, but the critics said that I was not free enough and tried too hard to be perfect. After that, I reflected upon my playing. I listened more attentively to my music intuition. I now play with more freedom, taking more time to do things, with a stronger message. I studied with Arie Vardi, but in the past 3 or 4 years, I was on my own. Without a teacher, you have to walk the full path on your own. You have to be your own, very harsh critic, and listen attentively to yourself. Sometimes it is frustrating because you don’t know and the development is slow. QEC is a personal test to see what others think of my artistic change. For me, I work at home, but I must go on stage to perform for a live audience. It puts you under a spotlight on what works and what doesn’t. Concerts are instrumental in one’s development.

JL: Who are your inspirations?

BG: My piano heroes are Sokolov, Rubinstein, Gilels, Barenboim and Argerich. In fact, I listen to all of them, absorb what they are doing, build up impression. The way you play is often a mixture of experiences which you have had. I also admire Gergiev, Gardiner, Oistrakh. The music world is so colourful, so much beauty. You can approach the same piece with so many different angles. Because of its multi-layers, music is endless. I know just a small portion of the entire repertoire. 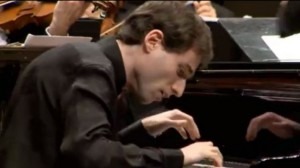 JL: I know that you began your piano studies with your mother when you were five. Has your family played an instrumental role in your musical development?

BG: Yes, very much so. We are a very close family. Both my mother and grandmother are pianists. They are my harshest critics. Nevertheless, my family is my safe heaven. It is wonderful to have a safe place upon which you build your life. I feel very lucky to have such a loving and supportive family.

JL: Would you consider getting married one day?

BG: (Laugh!) I am single now. I see pianists who are still without a family of their own. The main reason is that you are often not there. For example, Daniel Harding, at the age of 36, divorced his wife because he was just not there for her. There is a certain difficulty. But there are a lot of married musicians too. In Israel, people get married very late.

JL: Do you have other hobbies?

BG: I love photography. I am very passionate about it. I always travel with a camera and I even have a blog of my photos. I also love reading books, poetry. I also go swimming. My friends are very very important for me. They are my interaction with the other world. But I have to say that I am really quite passionate about music. It is not a job. I am lucky to be able to work in this field. I would not have wanted to be anything else. To be able to sit at the piano and work on those details every day is what I enjoy. It is satisfying and stimulating. Music leads you to wonderland and it is never the same. It is a discovery. There is no quick path. It takes time to mature. When you get there, it is a special feeling.

JL: Indeed. The stage is a magical place. Because of the energy of the audience, the lighting, the atmosphere etc, it sometimes transcends your art.

BG: This magical feeling can happen, only when you are well prepared and when you are able to let go of yourself completely. A lot of preparation is needed beforehand. For me, if I am insecure, I can never have a good concert. I would be worrying about memory lapses and I would be struggling for survival only. So, I have to really prepare, really know the piece. I often record myself and listen to it objectively. Hopefully, when you go on stage, you can let the music take over. I love being on stage. The magical feeling can only happen during a live concert. I love the silence in the hall. It is a sound stage the audience creates for you. The audience is silent because they are listening attentively. I want to experience this, again and again.

Boris Giltburg will be performing at the Hong Kong City Hall on 19 October, 2013.