All kinds of Beethoven’s music have been used in films – nothing quite says culture like our heroine sitting down at the piano and rippling a few tender tunes with her delicate fingers. The familiar sound of the Bagatelle No. 25 in A minor, WoO 59, aka Für Elise, has made an appearance in some 85 movies. The variety of the films is truly astonishing – it’s the music that links Bill and Ted’s Excellent Adventure with Django Unchained and Death in Venice with Rosemary’s Baby, Straw Dogs and Harry Potter.


It’s the symphonies, however, that appear in the most movies. In a survey of over 900 films, the symphonies are used in over a third of them. The least-used symphonies are the ones we’re least familiar with: Symphony 1, 2, 4, and 8. The 3rd Symphony comes next, then the 6th, then the 7th and the two finalists are the fifth symphony (can’t resist that opening!) and the 9th Symphony, with the 4th movement Ode to Joy being the most popular of all symphonic movements.

What is the use of Beethoven’s Ode to Joy evoking for the listeners? In some cases, it’s an ironic overstatement, and in a very famous use, as an element for control in A Clockwork Orange. It can set a scene, provide a backdrop, show you something about the character.


This is not even to start talking about Beethoven as a subject of film. One of the earliest films of the life of Beethoven was the 1927 Austrian silent film Das Leben des Beethoven, which found a suitably wild-haired composer in Fritz Kortner. 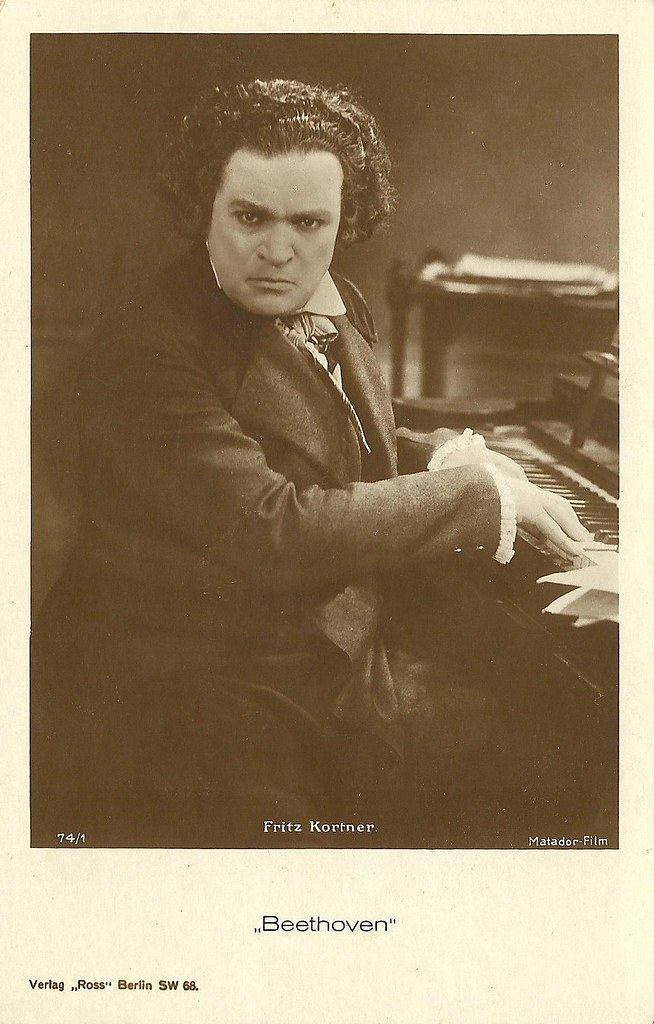 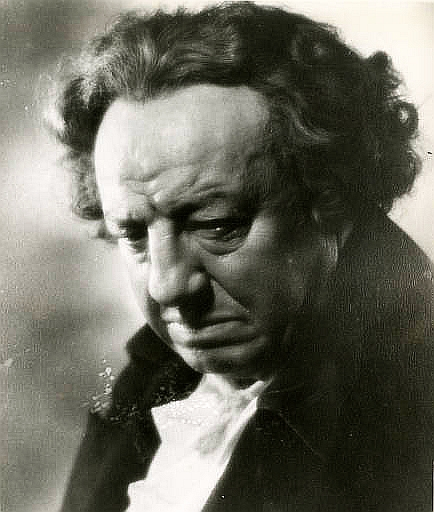 Lithuanian actor Donatas Banionis took on the role in 1976 in Beethoven – Days in a Life. This still shows him with ear-trumpet in hand. 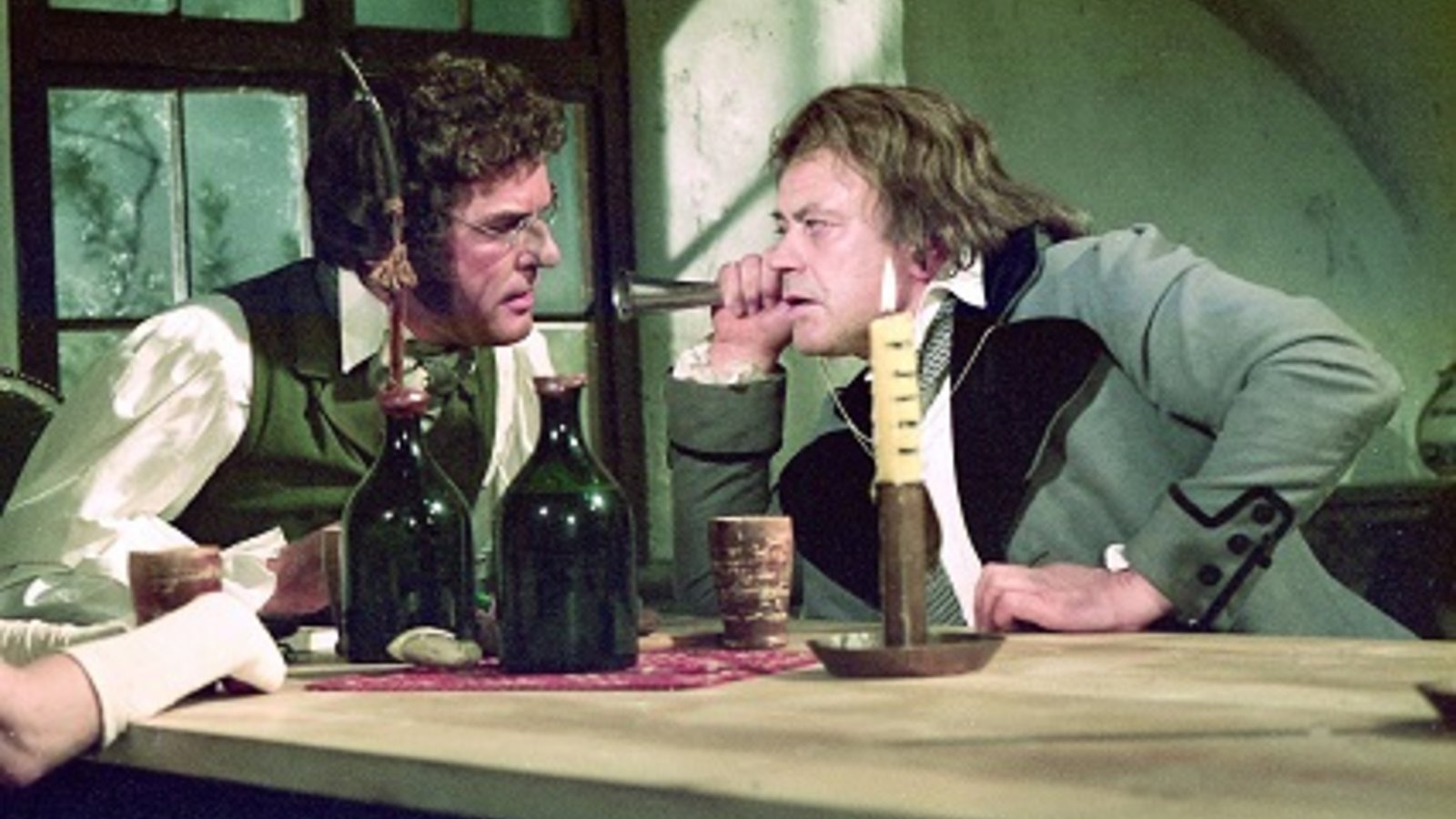 In Bill and Ted’s Excellent Adventure, American actor Clifford David took on the role of ‘Beet – oven’ as our intrepid heroes pronounced it. 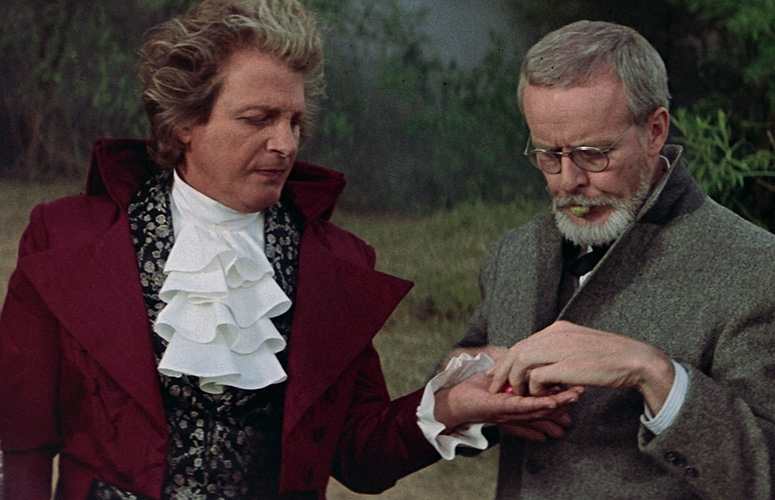 The 2006 film Copying Beethoven, about the creation of the 9th symphony, transformed actor Ed Harris into the wild-maned man of Vienna. 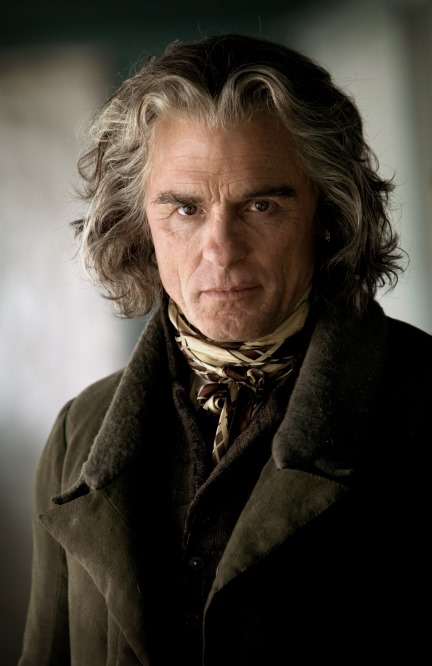 Over time, the filmic Beethoven has turned from an actor trying to imitate the painted images to a modern-appealing composer, good-looking and chiseled in his presentation. Beethoven never fails to be someone we seek to understand, either through application of his music to a life in cinema or application of his life to cinema to help us identify his genius. How does Beethoven figure in the soundtrack of your life?