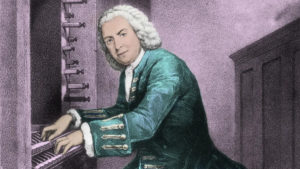 I am often asked “who’s your favourite composer” and “what’s your favourite piece of music”, and my answer is always — I don’t know, as it is constantly changing. So, the idea of coming up with my 10 all-time favourite pieces, to be honest, gave me quite a headache for one simple reason — there are so many excruciatingly beautiful compositions. To make my life easier, the pieces are arranged in chronological order of their composition dates.


Although this is a chorale prelude for organ, I first encountered this piece as an arrangement for recorder and orchestra, played by Erik Bosgraaf and HKPhil as an encore back in 2017. Paradoxically, this contemplative piece provided both solace and poignancy during troubled times as the text depicts the Passion and salvation.

This is the longest among Mahler’s symphonies, typically taking more than one and a half hours for a complete performance. My favourite movement is definitely the final one (also known as “What Love Tells Me”) – it contains some mesmerising, or even hypnotising moments! Love is something inexplicable, but this movement distills all what love is about. May I invite you to spend a quiet night and listen to it.

This concerto never fails to give listeners goosebumps! Known for its emotional depth, this concerto won popular acclaim at its premiere. Frustration, despair, reminiscence and nostalgia are all encapsulated in this heart-breaking concerto. Highlights include the outburst of warmth near the end of the second movement and the majestic, triumphant conclusion after all the vicissitudes. Indescribably beautiful!

One of the Rückert-Lieder written based on Friedrich Rückert’s poems, it expresses transcendental sorrow, resignation and a strong sense of withdrawal from the turmoil in reality. I would never forget how transfixing my encounter with this lieder was – particularly the heart-rending line “Und ruh’ in einem stillen Gebiet!”. Click here for English translation of the text. Simply heart-wrenching.

Having once written “I am all desire, all impulse”, Scriabin indeed had a very unique personality and was described as a narcissist or even a megalomaniac. The crystalline, voluptuous quality typical of Scriabin’s late works is found in this miniature, conveying mysticism and sensuality – which I shall leave some room for your own imagination and interpretation.

Yes, Rachmaninoff’s Piano Concerto again. I believe this concerto doesn’t need much introduction given its fame. Highlights in this concerto include the dramatic build-up in the cadenza of the first movement, the scherzo-like section near the end of second movement (its dancing quality is seldom done justice!), and of course, the coda as the music reaches the apogee of emotions.

Scriabin’s belief in theosophy had deeply influenced his conception of art and music, as he conceived that art (in particular his own works) could liberate mankind from the “physical” world. Inspired by the myth of Prometheus, this fantasising symphonic work is hugely extravagant in terms of its compositional style and orchestral colours – plus the use of clavier à lumières (colour organ), and the almost Dionysiac ending depicts “oneness” of humans with the cosmos.

Technically precipitous with a constantly changing metre, this composition certainly contains some breathtaking virtuosity and rhythmic vigour. It is in fact an expansion of his Douze Notations written for piano in 1945. As Boulez once commented, he deliberately placed both the conductor (often himself) and the orchestra in danger in this piece – let’s take a listen and embark on an adventurous journey!

Kapustin, trained as a pianist, was mostly self-taught in composing. Classical forms and the harmonic language of jazz are skilfully amalgamated in this youthful, exuberant Trio, displaying a strong rhythmic drive and playful character which make it thoroughly enjoyable to listen to. 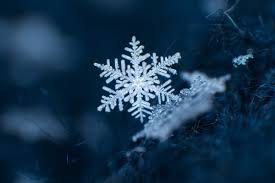 This may seem an unexpected pick from me, especially after the previous choices. This choral piece was based on Xu Zhimo’s (love) poem “The Joy of Snowflake” (Chinese: 雪花的快樂). The music complements the text perfectly – the desire for freedom and pursuit of love are embedded in the flowing melody, which in turn creates the imagery of dancing snowflakes, as the music eventually diffuses into Xu’s lover.

假如我是一朵雪花 If I were a snow flake,
翩翩的在半空里瀟灑 Halfway on the carefree journey I would take,
我一定認清我的方向 I would know for certain where to go,
飛颺，飛颺，飛颺 Flying, flying, flying,
這地面上有我的方向 In the direction I would be eying.

不去那冷漠的幽谷 I would not go to a cold valley
不去那凄清的山麓 Or a desolate hillside alley.
也不上荒街去惆悵 Nor would I go to an empty street for a sentimental feeling,
飛颺，飛颺，飛颺 Flying, flying, flying.
你看，這地面上有我的方向 You see, I know the direction I am eying.

在半空裡娟娟地飛舞 During my elegant dance in the air,
認明了那清幽的住處 I would find her serene dwelling somewhere.
等著她來花園裡探望 I would wait in her garden until she’s coming,
飛颺，飛颺，飛颺 Flying, flying, flying.
啊，她身上有硃砂梅的清香！ Ah! She smells as fragrant as an ume tree blossoming!

那時我憑藉我的身輕 Then I would take advantage of my light weight,
盈盈地，沾住了她的衣襟 Gently, to attach myself to one of her lapels,
貼近她柔波似的心胸 To approach her bosom like entering a pond of soft ripples.
消溶，消溶，消溶 Melting, melting, melting.
溶入了她柔波似的心胸 I would merge into her bosom’s soft ripples.