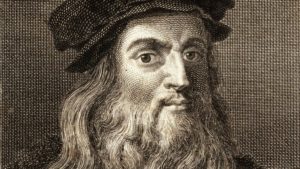 Leonardo da Vinci often spoke of the connection between painting, poetry, music, philosophy and science. He called poetry a moral philosophy and music the sister of painting. Inevitably, the arts and sciences all affect one another through their connection.

Philosophy has affected music. And, some composers have represented philosophical ideals in their music. For me, music creates my own personal philosophy.

In Part II of this series, I mentioned the piece of orchestral music by Charles Ives titled The Unanswered Question. This is a musical contemplation on a key aspect of philosophy. In Buddhism, the unanswered question is a selection of philosophical ideas about life that the Buddha refused to answer because I believe, that Buddha wanted us to draw our own conclusions on these most important questions. Such as, is the world eternal? And, did I exist in the past?

Apart from Ives’s The Unanswered Question being openly revolutionary, he said about his piece that, “The strings are “the silences of the Druids, who know, see, and hear nothing”; over this indifferent universal background the trumpet repeatedly poses “the perennial question of existence”; the winds are the “fighting answerers” who, for all their sound and fury, get nowhere”.

Knowing this, it’s possible to hear his unanswered questions in his music. But, take away the context, and what is it to you?

Philosophy is about finding answers to questions in life. It can also be about posing questions and leaving them unanswered, as the Buddha did. Because questions answered by other people may not be the answer that works for you. Your answers to the questions of life are inside you, and sometimes, music helps bring an answer to those questions. Music may be an unspoken philosophy, but it may be the only answer you ever receive to your questions.

Philosophy and music can hold dangerous concepts. Or, they can be turned into threatening ideals. Perhaps the most frightening music, which holds a national statement or a philosophy of nationhood, are national anthems. While the music of some national anthems may be boastful and full of pomp, sometimes the texts to national anthems can be horrifying.

La Marseillaise, the French National Anthem is well known for its chilling lyrics. The Turkish National Anthem, Istiklal Marsi, is as equally scary. However, put into context, these national anthems were created in times of unrest or their countries were being invaded or crushed from within. So these anthems proudly portray the feeling of their citizens and rally their people’s hearts and minds.

Philosophically, the music of national anthems speaks to their lyrics and vice versa. The philosophy in music can be put to inhumane and destructive purposes. Richard Wagner not only spoke of his hatred for Jewish people, but he also wrote about it in his music. Hitler had an infatuation with Wagner’s music and some of its ideals. 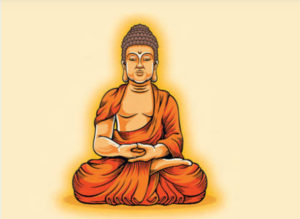 While Wagner is portrayed as a German romantic musical genius, some of his music was far from romantic. Die Meistersinger, in parts, it draws on anti-Semitic stereotypes. While the anti-Semitic comments are in the libretto, the music helps to highlight his abhorrent ideal. Wagner was no Hitler, but is all of his music tainted because of his anti-Semitism? Some people believe so.

The philosophy in music is put in there by some composers, but every piece of music can have a philosophical ideal if it speaks to you that way. Music that gets me thinking about the bigger life questions comes in many forms. Popular music, with songsters like Bob Dylan, and Joan Baez are two of the go-to artists for popular philosophy.

Alain de Botton, the Swiss-born British philosopher, has amazing insights into a broad range of ideas connected to philosophy. He believes that Philosophy Should Become More Like Pop Music.

Of course, Bach with his complex and thought-provoking music is at the top of the list that makes you think that there’s more being said in his music than just connected sounds or a mathematical precision. A lot of his music is influenced by his love of God, plus, Bach studied philosophy at Leipzig University. So it would be only natural that when he was composing he was putting more than just musical notes into his compositions.

Instrumental music may always sound philosophical. If you don’t know what something is saying, it makes you think, what is it saying? When you think about what something or someone is saying, you are on your way to becoming a philosopher. Music, in whatever form or style you take it, will help push your thought boundaries. Or, you can just let it wash through you.

That’s the beauty of music, it can say everything or nothing. It’s up to you what you hear in music unless a composer is specifically asking you to hear something unique, as Charles Ives did.

While the philosophy in music is intentional for some composers, most composers make music to entertain and please. We apply our internal philosophy to music. We make the music we love say what we want it to say. For me, most instrumental classical music is philosophical.