Jean-Jacques or J.J. Grandville, the pseudonym of Jean Ignace Isidore Gérard (1803-1847), looked at the world around him and saw it as a vast human comedy that, for him, could be played out with animals.

The collection that made his name Les Métamorphoses du jour (1828-29), to be purchased in separate sheets as it was issued.

He was very successful in showing contemporary society but with the heads of animals. The body language of the figures conveys so much more than a gaping fish mouth might.

We looked at his images with music and found a wide range of possibilities. Many of these were collected in La Vie privée et publique des animaux (1840-41).

Singer at Dawn shows what that rooster does to prepare for his morning solo. Note the poor suffering dog. 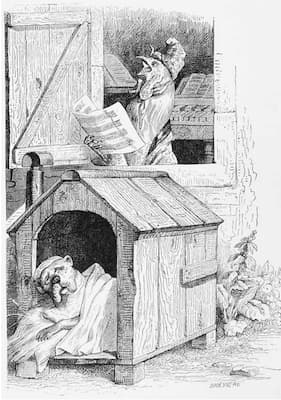 
The Centipede Pianist, with ear wig on the violin, plays a variation set with the number of appendages that it sounded like most virtuosos had. 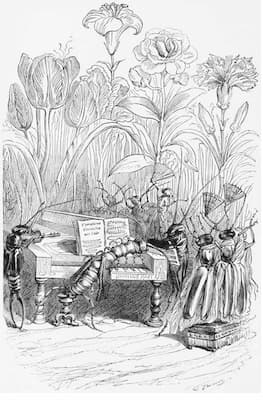 In The Orchestra at the Ball, the snake plays the trombone, but it’s been reversed, with the bell pointing backwards in the shape of a snake-head, the bull plays the double bass, the monkey the violin while below, the horses go wild, losing their shoes and falling about. 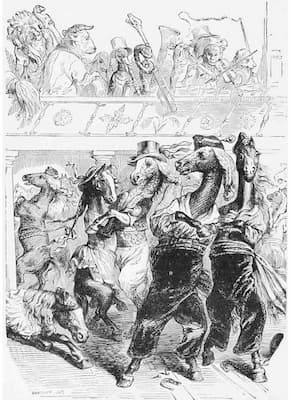 Grandville: The Orchestra at the Ball


The Vocal Concert, from his earlier collection Les Métamorphoses du jour has the monkey return as violinist and conductor, but with the duck contralto, a bull as tenor, a rooster as ‘haute contra,’ another rooster without a comb as a castrato, and the horned bull as bass, with his part marked ‘Tacit’ (Silent). 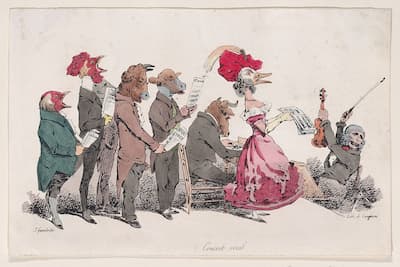 From that same 1828029 collection we have VI. Nouveau langage musical, a société d’amateurs exécutant une symphonie, dans un cercle philharmonique. Cats play the violin, ducks and dogs on woodwinds, the rabbit timpanist, dog and rooster as hornist, baboon on viola, and badger on double bass. The donkey with glasses as the cellist seems to capture the cacophony of the music. 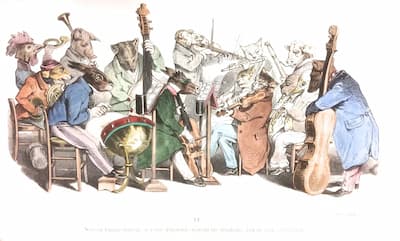 In other images, traveling musicians with wind-up musical boxes and flying insects on a string beg for money for their playing 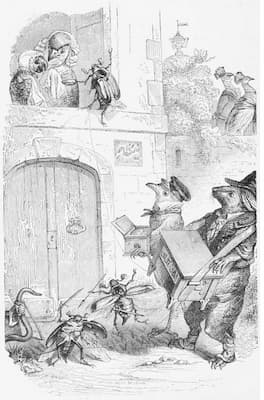 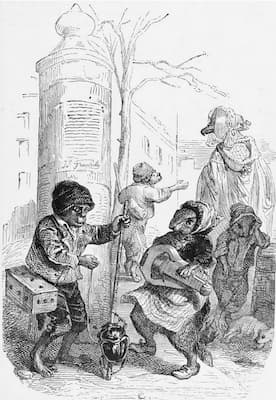 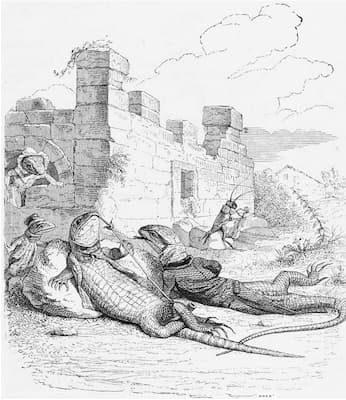 Grandville: The Cricket and His Violin

Grandville’s view of the world via animals was very influential on later illustrators such as John Tenniel, most famous today for his illustrations in Alice in Wonderland. 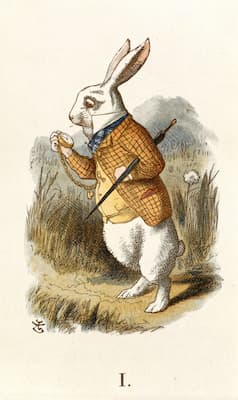 
Now that you’ve seen Grandville’s images of orchestras and musicians, can you make the same jumps to their musical equals?