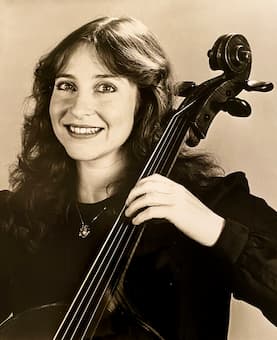 Many of us have unique and sometimes daunting audition stories. I was fortunate enough to win the position of associate principal cello of the Minnesota Orchestra but not without an ordeal. In 1979, I held the same position with the Indianapolis Symphony. The orchestra’s season ended in late May, which allowed me to participate in the famous several-week chamber music festival in Vermont during the summer, Marlboro. What a thrill to play with the elite artists and faculty who gathered there to make music. One day, the director of Marlboro, Frank Solomon, called me in to his office. He said he’d like me to be the cellist for the “Music from Marlboro” concert tour in the fall. The ensemble would perform in some of the most important chamber music venues in the country. Would I be available?

Beyond excited, even before calling my parents, I called the music director of the Indianapolis Symphony. Would he excuse me from the first 10 days of the season in September to perform? I was certain my appearances would reflect well on the orchestra as well as give me an opportunity for musical growth. They said no. They would not release me.

Heartbroken I considered my options. That year, a contract negotiating year for the orchestra, meant theoretically I had no binding agreement. Thinking this tour would be the experience of a lifetime, I submitted my resignation. 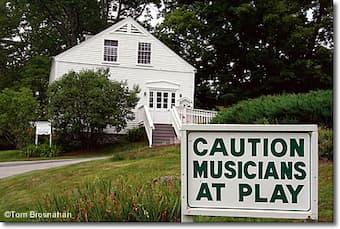 “Whaaatt? Don’t quit your job!!” my mother wailed. In a slightly cocky tone of voice I assured her I could always get another job…But in reality, openings do not occur all that often especially leadership positions. I knew the Minnesota Orchestra had conducted several sets of auditions for associate principal cello without choosing anyone. And I confess I was one of the aspiring candidates for an invitation only audition earlier that year.

After holding three sets of tryouts without an outcome, the personnel manager called several assistant and associate principal cellists from around the country. “Can you fly to Minneapolis next week?” “What’s the list?” I asked. When he rattled off ten or twelve excerpts from the standard orchestral repertoire, I thought, “why not?” despite not having time to prepare as I normally would for an audition like this.


Sitting on the stage of Orchestra Hall in Minneapolis behind a large blue velvet screen on wheels, the committee barked their requests. Strauss Ein Heldenleben please; Mendelssohn Scherzo from Midsummer Night’s Dream, Beethoven Symphony No. 5 slow movement section cello solos, Brahms Piano Concerto No. 2 cello solo from the slow movement… So far so good. Then they asked for Tchaikovsky Symphony No. 4 slow movement—the cello melody in five flats—and they asked me to play it all on one string. I missed the long shift. Then I missed it again. “Thank you,” someone said and I was dismissed.


Afterwards, as we walked backstage my head hanging, Ron Balasz, the personnel manager, said, “I don’t think you’re ready for this orchestra.” “Oh yes I am!” I countered, immediately regretting my loose tongue. I knew I’d return to audition truly primed, but hadn’t I blown it with my impudent remark?

Months later as I packed up my apartment in Indianapolis I practiced for the Marlboro tour and the repertoire for the cello audition that was bound to be announced soon. Then I flew to New York for two weeks of intensive rehearsals. One of the pieces we’d be performing was the gorgeous Dvořák Piano Quintet No. 2, with the divine opening cello melody, a lengthy work requiring lots of rehearsal.

When I arrived in New York I discovered with dismay that the Minnesota Orchestra would be holding auditions, scheduled on the day before our first performance in New York City. I went to see Frank Solomon. In a quiet voice, I asked him if I could be excused from a day of rehearsals to fly to Minneapolis for the orchestra audition. With an expressionless face, he sent me off without a response.

Later I learned he had called the orchestra. “Hello, Personnel manager’s office, Ron Balasz speaking.” Frank inquired about the cello auditions and what my chances might be. Ron’s response came back to bite me, “Neville Marriner is very particular, we’ve had several auditions, and you know she auditioned once and didn’t even get past the preliminary round!” Solomon said no. He would not release me.

But I went anyway. The day of the audition I rehearsed for three hours in the morning in New York, then I hurried to the airport and flew with my cello to Minneapolis. Late afternoon I auditioned behind the blue velvet screen. After I played I waited in the cold, windowless dressing room, tired, thirsty, and hungry. This time Ron came back with a smile inviting me to play again for the semi-finals. The committee deliberated for many minutes. Ron returned and invited me to play again for the finals.

Somehow, I mustered the strength and determination. It helped to feel that this time they liked my playing. All the solos and difficult passages in the repertoire went well. I retired again to the tiny dressing room and tried to stay warm. By this time, it was well into the evening and I was starving. Ron reappeared. The competition was down to two candidates. Would I return to the stage to play some chamber music with the concertmaster and other principal string players? This was my forte. The committee chose the Beethoven Op. 59 No. 1 string quartet, to play with me, a piece I had performed many times. When we took our seats, the violist turned to his colleagues and asked, “What’s the tempo of this movement?” Before the concertmaster could answer, my loose, impudent tongue responded. But this time it didn’t seem cocky but knowledgeable. Neville appreciated how I proceeded to lead the piece with panache.

Nonetheless, I had to sit and pace in that cold little room before Ron returned several minutes later grinning. “Janet. You won the job. The committee would like to congratulate you.”

After the marathon day, a colleague took me to his home for a delicious Japanese dinner, which we ate at nearly midnight. But there was little time for sleep. Back on a plane by 7:00 am, once settled, with the cello in the seat next to me, I pulled my coat over my head and wept with relief the entire way back to New York.

A three-hour Marlboro rehearsal awaited. Our first performance in New York City was that evening. The phone call I made to Frank Solomon telling him I won the job with the Minnesota Orchestra sustained me.

For many years thereafter at subsequent auditions, Ron Balasz loved to tell my audition story to disappointed candidates. “You know our associate principal cello bombed her first audition…” and it was a position I proudly held for 32 seasons.