“It truly is a show that is utterly current and one where you want to know what happens next.” 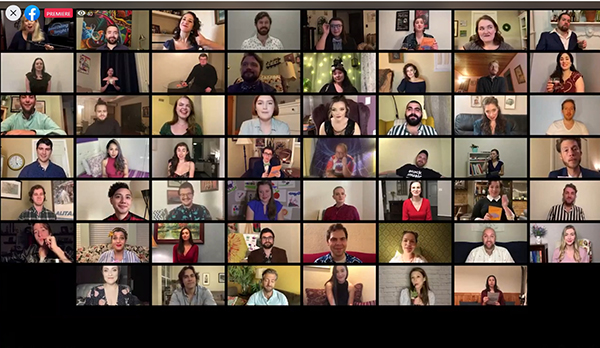 Over the weekend, the Janiec Opera at the Brevard Music Center did an experiment in producing opera in a new format: on the Zoom platform. We all use it for work and have learned the ins-and-outs of making sure the mic is off, the camera is off when something interrupts your video feed, and the proper upper-body clothes to wear. Now, expand that into the world of opera and it has to be a very special opera that will work on that platform. Luckily Janiec Opera knew just the work.

They took an opera that they’d given the premiere of in 2013, Speed Dating Tonight! by Michael Ching, which is set in a bar with tables for couples to meet and talk about themselves for 5 minutes, and transformed it into a Zoom opera, where everyone comes together on Zoom. 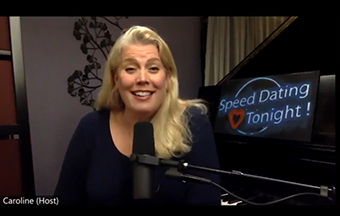 The singers for this production were all Janiec and Brevard Opera alumni from the past 8 years (you’ll see their alumni year after their name). The producer, Dean Anthony, expected 30 volunteers and 60 turned up, to his surprised amazement. The work starts with the classic Zoom opening, with all the participants in their little boxes.

You, as the audience, can see into each breakout room, one at a time and watch the interactions, i.e., hear everyone’s aria, and watch their reactions to each other. For example, when the woman who loves cats meets up with the man who loves cars, you can tell this isn’t going to go well. When he’s singing – he’s all macho assurance; when she’s telling of her love of cats, he’s a bit less committed. 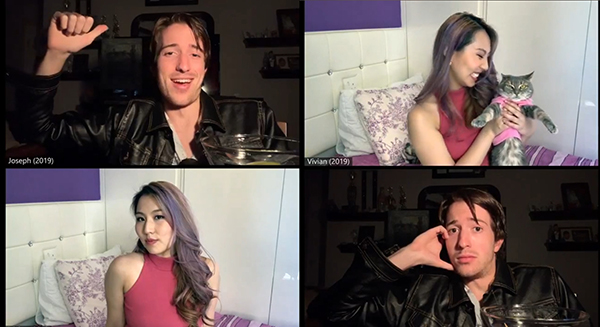 Your position as the audience means that you are in the ideal Zoom place: you can see the participants, but they can’t see you. When they’re quite close to the camera, it’s difficult not to smile and nod along with them. 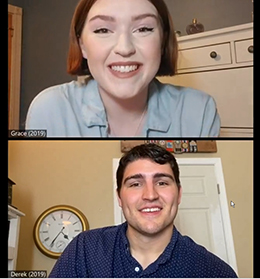 Ching’s arias run the gamut from Broadway style to confessional Sondheim style to old-fashioned American song-style, sometimes with a bit of Schubert lieder for seasoning. They seem perfect for the characters.

Most of the breakout rooms were done the same way: one person sings, the other reacts, and then after we’ve seen all the first people sing (3 rooms in a row), we see the other people sing. But, because we now know something about person 1, we can judge person 2 by what the first person said. As the audience, you’re placed in a very interesting and invisible position between two characters reaching towards each other.

After a while, you’d like more direct interaction, and when the setup changed, it was quite welcome. In a couple of breakout rooms they were able to sing duets and, in two cases, trios. The duet about bowties was perfect and when the two sang together, you could see the relationship start.

The two trios were for different reasons: in one case, two women with similar names, Christina and Christine, are in the breakout room with Ian, and in the end, they all agree, that although this might not be the best time and place to bare one’s heart, this might be the time to have loneliness end (all done in a lovely early American folk style). In the other trio, the Nosy Friend, Reggie, shows up to plea for his friend Benedetta, who likes to dress up as a raccoon. He’s enthusiastic, she’s embarrassed, and the potential date, Craig, quite understands. 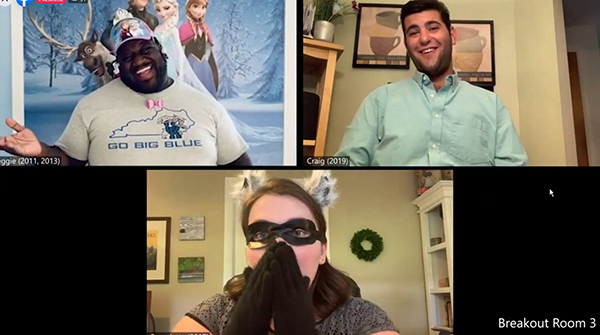 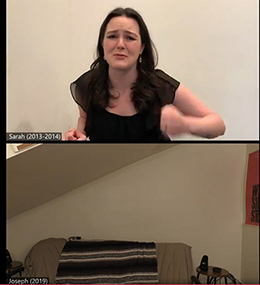 The original version of Speed Dating Tonight! started with 25 scenarios. As the piece has developed over the years, new scenarios have been added and some were included in this production. Currently online are additional ‘prequel’ scenarios done by L’arietta Singapore and two of those were included here (Shirt! and Sweatpants), which really didn’t make sense.

Since we’re all much more Zoom capable these days, the scenarios were also updated to comment on what happens on Zoom. In terms of action, in one case, the breakout room was quickly vacated by the man who wasn’t interested in what happening, leaving just as the woman started to sing. Another one, who describes himself as a plant geneticist for cannabis, lights up and his image gets obscured by smoke, when she describes her love for toasters in a toast to toast. 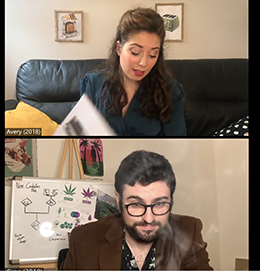 The stories are engaging, sometimes tragic (one aria begins: “my lover died three years ago), sometimes confessional, but always interesting. A couple of singers are sick of being stuck at home while unemployed. Some end of discussion reactions strike you as truly fully of hope – it’s more than just singing. It truly is a show that is utterly current and one where you want to know what happens next.

At the end is the now-obligatory Zoom Wave and blank spots as people leave. 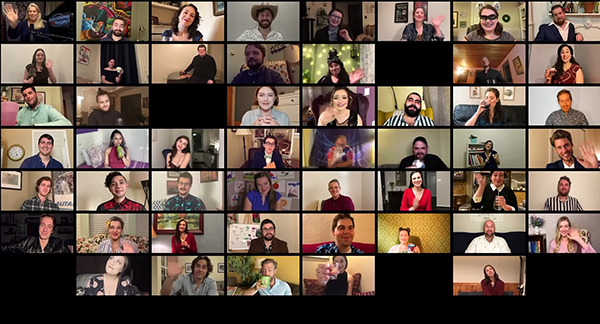 How did this work as a broadcast, however? You could get curiously close to the singers – filming close to the camera meant that you were almost standing between them and ‘date’ they were addressing. The sound quality was uneven as everyone recorded this at home with the equipment they had on hand. Some of the recordings were so echo-y that it was quite difficult to hear – this might be an occasion for providing subtitles. The photography, also shot by the singers, was uneven. In one breakout room, she was a bit dark and he was nicely lit and in another, the reverse. 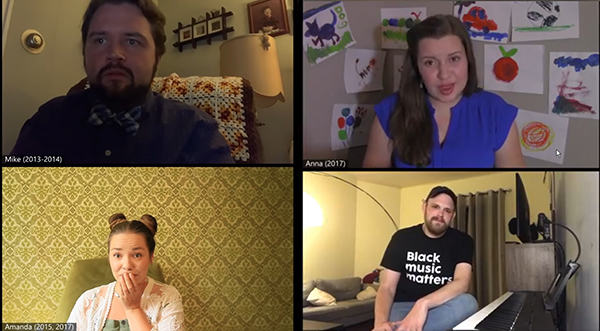 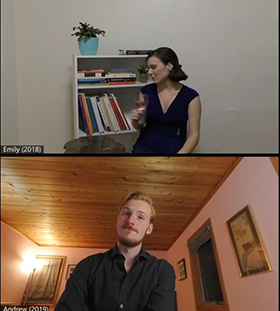 The singers could have also used a bit of instruction on filming: putting the camera at eye level is better than the shots where the camera is at your waist level. Keeping closer to the camera is helpful as well.

So, a bit more improvement and instruction on how to film and record and this becomes a viable format. Although it looks quite spontaneous, the production cycle was to have the singers record, it was matched against a piano part (that is often augmented with electronics), and then the singer made the film lip-synching against the pre-recorded track.