In Tune Arts
A Variety of Opera Singers in Ceramic
by Maureen Buja June 29th, 2022

The ceramic modeler Johann Joachim Kändler designed many music objects for the porcelain maker Meissen. In addition to the figures of the singer with the fox at the keyboard, he also did other figurines of singers.

This group of two singers at the Metropolitan Museum, created by Kändler has been identified as Madame de Pompadour and the Prince de Rohan singing in the opera Acis and Galatea, in a production that took place at Versailles in 1749. However, in the record books of Kändler, we find that this group dates from 1744. Now we can start to look for other points of inspiration. 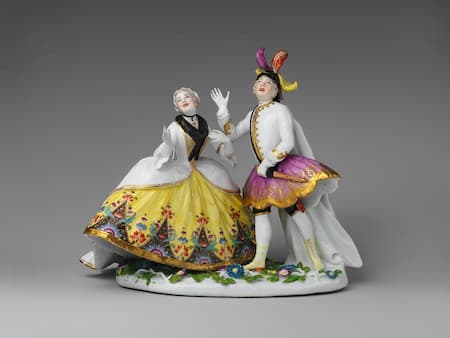 We know of Kändler’s familiarity with the opera scene at the Dresden court and if we look at the designs for Hasse’s opera Antigono, which was staged in Dresden in 1744, we see a male costume much like what is shown here. 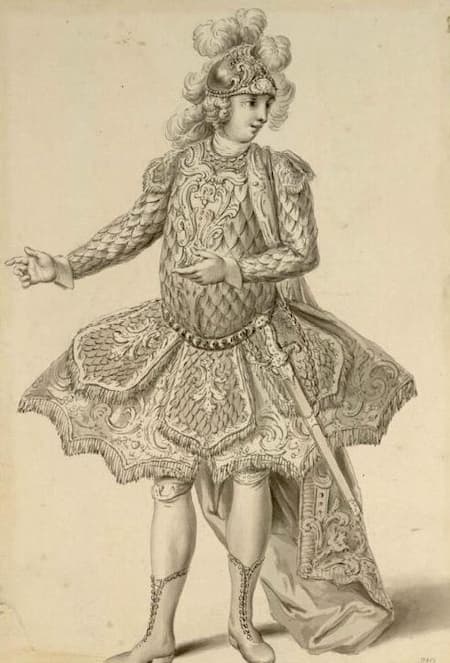 The costume he’s wearing was normally that of a Roman character. The costume and the plumed helmet are his identity as a classical and heroic figure. The wide scalloped skirt, the tonnelet, was worn by both male singers and ballet dancers and was a common stage costume.

When we look through other collections of Kändler’s work, we find other representations of the two singers from the production house of Meissen, such as this one that came up for auction in 2015. 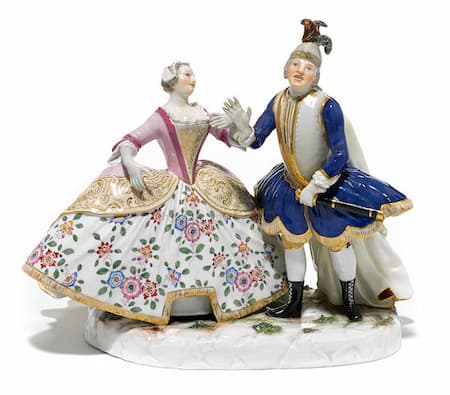 The auction house, Bonhams, says this was styled on Kändler’s original but doesn’t say that it’s his model. If we look at the two in comparison, we see some differences. Now her right hand has been turned down instead of up, his face is at a different angle, his feathers are smaller, her dress has a cut-out on the bottom of her dress, her fur collar is gone, etc. The whole style seems rougher and also lacks the dimensional flower details on the stand.

In some versions, the two figures have been separated to create a very different image. 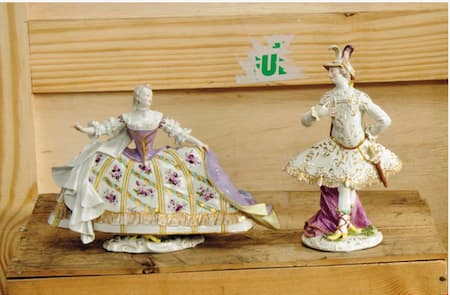 He still has the same headgear and tonnelet, but he no longer grips his sword, his right hand is posed in a much more romantic gesture towards his heart while his left hand is now behind his back. Her dress is much larger and more dramatic, with her tiny waist being emphasized.

What’s of interest are all the variants we’ve found on just one Meissen design by Kändler. It speaks to the popularity of opera and of the Dresden court that we’ve seen Kändler document before.

The composer of choice at the Dresden court was Johann Adolph Hasse. He wrote the opera Didone Abbandonata in 1742 for the birthday of August III, the Elector of Saxony and King of Poland. Hasse had been kapellmeister to the Dresden court since 1731. His wife, mezzo-soprano Faustina Bordoni, prima donna of the court opera, took the role of Didone.

The final aria is her death scene, rewritten for the performance at the Dresden Carnival in 1743. At the premiere, in the August III’s hunting lodge at Hubertusberg, the stage was too small to accommodate the closing scene of Didone dying before the flames of burning Carthage, so Didone’s death was simply announced by Genderal Osmida.


Another opera singer in Dresden that Kändler modeled was the castrato Domenico Annibali, who was another one of the star singers in Hasse’s operas. 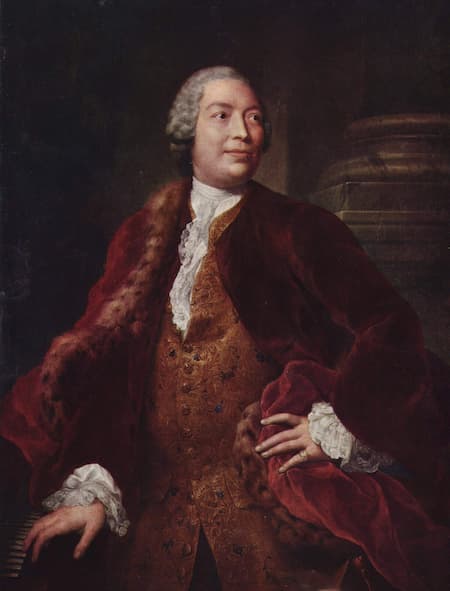 As part of a series of court figures, Kändler made this model of Annibali. 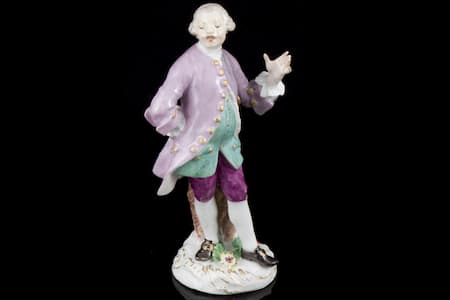 If we try and imagine the market for these figurines, we have to remember all those glass cabinets with glass shelves, designed to show off your exquisite taste in porcelain. Meissen’s discovery of the Chinese secret of porcelain making opened up an entire market to local wares.