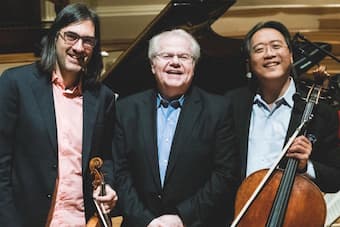 A recent recording by Emanuel Ax, Yo-Yo Ma, and the Greek violinist Leonidas Kavakos provided an interesting examination of Beethoven’s Symphony No. 2, but as arranged for piano trio.

The music was arranged by Beethoven’s right-hand man, Ferdinand Ries (1784-1838). Ries arrived in Vienna in October 1801 and Beethoven became his supporter. In exchange, Ries aided the composer, ‘helping him with the practicalities of composition, dealing with publishers, finding Beethoven lodgings, and generally looking after him as his hearing declined’. Ries had come to be a pupil of Beethoven, who had had lessons in Bonn from Ries’ father, Franz Ries. Ries became Beethoven’s secretary and also made his public debut in 1804, playing Beethoven’s Piano Concerto in C minor, op. 37. He left Vienna in 1805 and returned in 1808 where he again became Beethoven’s amanuensis before departing for good a year later. 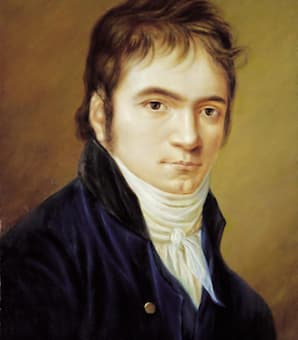 One of the things that Ferdinand Ries worked on were reductions of Beethoven symphonies for chamber ensembles. Beethoven’s Second Symphony had received its premiere on 5 April 1803 and Ries’ arrangement was published in 1805. Since he was a pupil of Beethoven’s, the composer had oversight of the arrangement and Beethoven is known to have made changes to accommodate the arrangement.

One of the great surprises listening to this work is just how perfect it is for piano trio. When you listen to the opening, the piano delicately starts the work and then is doubled in the violin, the cello fills in a bit and the three instruments intertwine and mix to create what is almost an ideal trio work. One might have a hard time believing that this is a symphonic work reduced for a chamber trio. 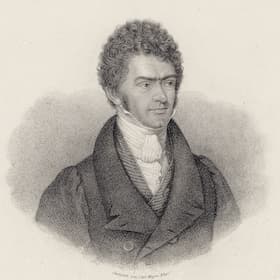 Piano trios can sound like a piano work with other instruments around it who don’t really need to be there, but the Beethoven/Ries piano trio sounds like this was the genre it was made for.

In the Larghetto quasi andante second movement, the piano takes more of a lead in the melody, but the violin is required to truly set the contrast. Sometimes it’s quietly crying above the piano line and at other times, it’s quietly singing.


The third movement scherzo, which the new form that Beethoven uses here in his symphonies for the first time to replace the earlier minuet movement, becomes a playful exchange of melody, dynamics, comments, and perfect closing lines between the three instruments. The piano will make a statement, the other two instruments will comment on it – there’s a great deal of energy here!


The final movement again is a perfect piano trio movement: voices exchange, call back and forth, respond and pose new questions.


If you’d heard this first as a piano trio would you have believed it started as a work for full orchestra? I’m not certain.

The other work on the recording is Beethoven’s Symphony No. 5 and, unfortunately, by this time Beethoven was a much better symphonist. The work isn’t really credible as a piano trio. Here’s just the first movement and I think you can hear how this isn’t the same as the second symphony. This arrangement is by English composer Colin Matthews.


Successful or not, these two piano trio readings give us an interesting view on Beethoven for the home performance. You don’t need an orchestra in your living room to bring his symphonic art home.