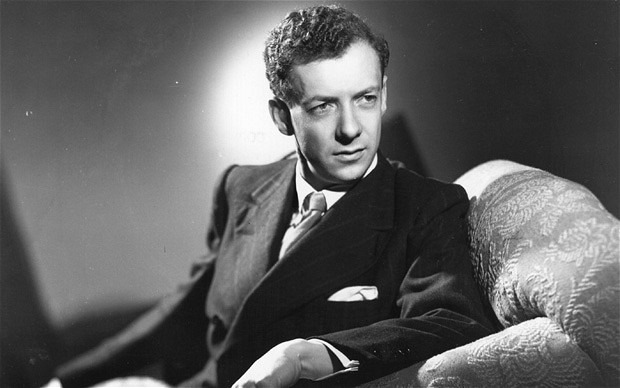 Edith Rhoda Britten, née Hockley was an ambitious woman. When she discovered that her son Benjamin had outstanding musical talents, she not only provided him with his first piano lessons and instructions in rudimentary musicianship, she also was convinced that Benji was to become the “Fourth B”, that is, Britten joining the names of Bach, Beethoven and Brahms. For the young composer — supposedly he had tried his hands at composition before the age of five — his mother’s ambition had a rather stifling effect as he later wrote, “between the ages of thirteen and sixteen I knew every note of Beethoven and Brahms. I remember receiving the full score of Fidelio for my fourteenth birthday… But I think in a sense I never forgave them for having led me astray in my own particular thinking and natural inclinations.” Although he had greatly admired the music of Brahms in his youth, he later on never wasted an opportunity to express his disgust for the composer. “From time to time I play through all of Brahms’s music to see if I am right about him; I usually find that I underestimated how bad the music really is!” At age 11, Britten attended the Norwich Triennial Festival and heard Frank Bridge conduct his suite The Sea.

Britten later reports of being “knocked sideways” by the composition, “especially by the sensuous harmonies found in the “Moonlight” movement.” Britten returned for the 1927 festival and brought some of his own compositions with him. Bridge was sufficiently impressed with Benji and invited him to London to take lessons. Initially, Britten would make regular day trips to London for his composition lessons, and at age 16 entered the Royal College of Music in London. The assessment of Frank Bridge’s influence on Britten varies greatly, with some scholars suggesting, “Britten’s abilities as an orchestrator were essentially self taught.” Others vehemently argue the importance of Bridge’s contributions to the budding composer, and it seems that the “4 Sea Interludes” from the opera Peter Grimes do support the latter notion. 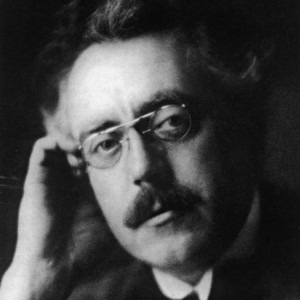 During his early days in London, Britten continued to study privately with Bridge, who introduced him to the music of continental Europe. Above all, it was the music of Arnold Schoenberg, which seriously fascinated Bridge. Bridge had already employed Schoenberg techniques in his String Quartet No. 3, and passed his excitement to the young Britten, who wrote on 7 April 1930, “I go to a marvelous Schoenberg concert. Including Chamber-Symphony, Suite Op. 25 and Pierrot Lunaire. I like the last the most, and I thought it most beautiful.” Britten heard Schoenberg’s first Chamber Symphony, which was originally completed in 1902, in a highly effective transcription for flute, clarinet, violin, cello and piano fashioned by Anton Webern in 1923. 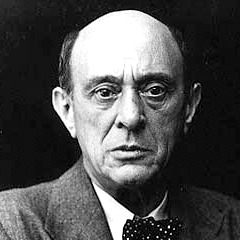 History would eventually come to recognize Schoenberg’s first Chamber Symphony as one of his most significant and radical works. The entire musical discourse is effortlessly compressed into a continuous whole, unfolding in meticulous elaborations of thematic cells and phrases. For Britten, who was eager to create an English music with greater thematic coherence, Schoenberg’s formal method paved the way for own attempts to harness his melodic gifts. He composed his Sinfonietta in 1932, while still at the Royal College of Music, and dutifully dedicated the score to his teacher Frank Bridge.

On 8 February 1933, Britten reports that he had gone to BBC concert hall, where “Schoenberg conducts his Op. 31 variations. What I could make of it owing to a skin-of-its teeth performance, was rather dull, but some good things in it. Meet Schoenberg in interval.” In 1949, Britten conducted a concert in the USA, and both Schoenberg and Stravinsky were in the audience. During intermission, both composers “paid Britten the courtesy of calling on him in the green room. But Britten turned the two distinguished visitors away.” It was something he felt guilty about for the rest of his life. Please join me next time when we explore the influence of Alban Berg’s music on Benjamin Britten.