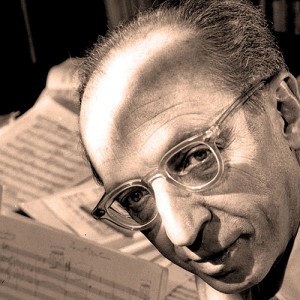 Aaron Copland, son of Polish and Lithuanian emigrants, was born in Brooklyn in 1900 and by the time he was 24, his compositions were already gaining interest. He was Nadia Boulanger’s first American pupil in Paris, laying the groundwork for so many other American composers. His style of composition has come to be recognized as distinctly ‘American,’ and has changed American music profoundly. 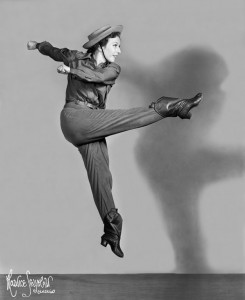 Agnes de Mille as the Cowgirl in Rodeo

His three American ballets, Billy the Kid, Rodeo, and Appalachian Spring were innovative for their use of distinctly American dances on the classical ballet stage. Although the three works are often lumped together, each is distinctive in its ideas. Billy the Kid is a story of the American West, setting a grim tale of murder and vengeance against the open prairie. This is the sound that came to identify with Copland. The work was commissioned by Lincoln Kerstein and appeared as part of his Ballet Caravan.

The music uses six cowboy songs as part of the work and yet ventured into very modernists compositional techniques such as polyrhythm (using multiple conflicting rhythms at once) and polyharmony (use of two different keys at the same time).


Rodeo (1940), on the other hand, is the ballet equivalent of a rom-com. The choreography was by Agnes de Mille. The cowboys all want girls, but don’t notice the girl in their midst until she appears at the Saturday night dance dressed not in her work clothes but in her dancing clothes. Four scenes from the ballet tell the story: in the first, we’re introduced to the cowboys and our lone Cowgirl. The Cowgirl seeks the attentions of the Head Wrangler, but he wants the Rancher’s Daughter.


In the Corral Nocturne, the evening scene is set not only on the stage but also in the music. Our Cowgirl returns to the corral, as does the Head Wrangler, but he’s waiting for someone else, the Rancher’s Daughter.


We would expect the Saturday Night Waltz to be more dance-like, but our couples are still arranging themselves: the Champion Roper discovers the Cowgirl, having lost the Rancher’s Daughter to the Head Wrangler.


The Hoe-Down is the dance scene we’ve been waiting for – all energy and the first appearance of the all-American Square Dance on a ballet stage. The music is the folksong “Bonaparte’s Retreat” and in this setting, has become less the British folksong of the 19th century as much as part of Copland’s distinctly American sound. 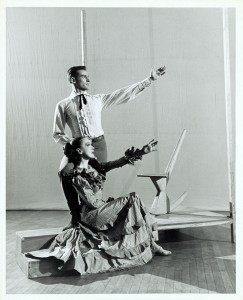 One writer describes the ballet as a whole as having the exuberance of Broadway musical with the disciples of classical ballet.

The ballet Appalachian Spring (1944) is one of Aaron Copland’s most famous pieces. This was commissioned by Martha Graham and had its premiere at the Library of Congress, with Martha Graham dancing the lead role. Set not in the American West, but in the wilderness of Pennsylvania it tells the story of conquering a new land through the characters of a bride, a groom, a pioneer woman, a preacher and his congregation. One of the most important folk songs Copland used was the Shaker hymn, ‘Simple Gifts,’ or ‘The Gift to be Simple.’

The following selections from the ballet show them as danced by Martha Graham.

With these three works, all written within 7 years, Copland not only changed American dance but also changed American music. From Billy the Kid’s opening, Copland’s career advanced in leaps and bounds. There was a new national sound and it was coming from Brooklyn.