Guest Posts
What does our press want to tell?
by Zoey March 4th, 2011

I am convinced that there are real masters hiding among ordinary people – a real Crouching Tiger, Hidden Dragon, as we Chinese often say. 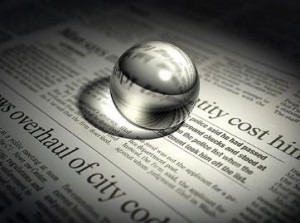 So when I recently happened to see several anonymously posted pictures on the internet, I was amazed by the poster’s sense of humor and astute observation. There wasn’t much explanation given for the photos, but their simple presentation was funny enough to deliver the message.

The pictures were taken at a concert performed by the Shanghai Symphony Orchestra in New York last summer. For the first time in the 46-year history of the New York Philharmonic’s summer music tradition, the orchestra shared the programme with a guest ensemble – the Shanghai Symphony Orchestra. The concert also featured pianist Lang Lang as well as Chinese singers Huang Ying and Liao Changyong.


I don’t want to bore everybody with too many details about how the big project was. The real point of interest lies in the discrepancies found between the press coverage in the New York Times and that in major Chinese media. The former wrote that the New York Philharmonic was being paid a “fair amount” for the Shanghai Symphony’s appearance, while the latter raved about how the Shanghai Symphony was invited to play by the New York Phil, and what a great job it did in terms of promotion for the Shanghai Expo. I dare say that most Chinese are rather used to our style of reporting, and besides, not everybody in China can read English, right?

Ah, but these pictures speak a thousand words, one set clearly highlighting the deficiencies of the other.

Photo taken by Daniel Barry for the New York Times

If this is how our press sees classical music, no wonder our orchestra has to pay to perform.