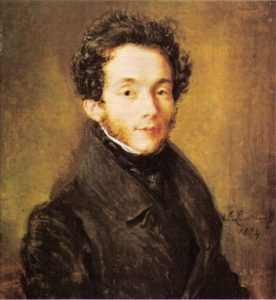 In 1819 Carl Maria von Weber wrote a little not-dance piece, Aufforderung zum Tanz, for his bride Caroline. This work was important because it was the first work considered a concert-waltz, i.e., a waltz, but not one that could be danced to. It’s a work for listening. It’s also part of that other great Romantic invention, programme music, or music built around a story line. This isn’t a dance but rather an image of the dancers dancing. It’s a tone poem to dancers but not to the dance.

Weber gave his wife the following programme for the work:

It begins with a slow introduction (through bar 35 above) and then the dance begins – we hear not only Weber’s waltz melody but other waltz melodies as well. The dance ends, and then, as a little coda, the two dancers leave the floor. 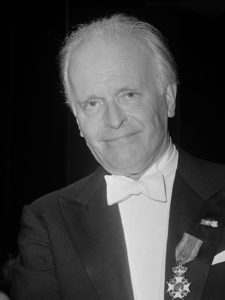 As a piano work, it was in the repertoire of the greatest pianists of the 19th century, including Liszt and Chopin, and continues in the virtuosic repertoire to this day.

It’s best known, however, not as a piano piece, but through its orchestration by Hector Berlioz. This came because of an 1841 production of Weber’s Der Freischütz at the Paris Opera. As was still common in Paris, Act II had to contain a ballet, but Weber’s original, which had been written for the Schauspielhaus Berlin in 1821, lacked the necessary dance. Berlioz agreed to work on the production with two caveats: the opera had to be performed uncut and all the music had to be by Weber. He took Weber’s piano work, raised the key from D-flat major to D major to make it easier for the orchestra, and created a work that soon achieved an independent life off the opera stage. The piano work was called Invitation to the Dance; the ballet itself in the opera was called Invitation to the Waltz hence the frequent mis-naming of Weber’s music for that of the ballet.

Berlioz’ inclusion of the work made the French happy, but foreigners who knew the work in its piano guise described its orchestral version as “tasteless” and “silly” – in the words of Tchaikovsky. One of its most famous re-uses was its setting by Fokine as the ballet La Spectre de la Rose for Diaghliev’s Ballets Russes, in 1911.

This 1951 recording was conducted by Willem van Otterloo (1907-1978), leading the Residentie Orkest in The Hague, The Netherlands. He was their chief conductor from 1949 through 1973. Otterloo was also a composer and a cellist, and had made his conducting debut in 1932 with the Concertgebouw Orchestra, leading his Suite No. 3. 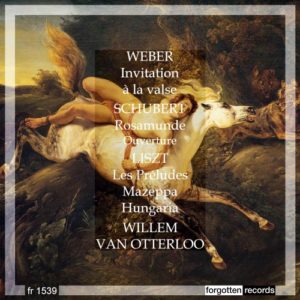