Composers Inspiration
Walking With Art and an Orchestra
by Maureen Buja May 8th, 2014 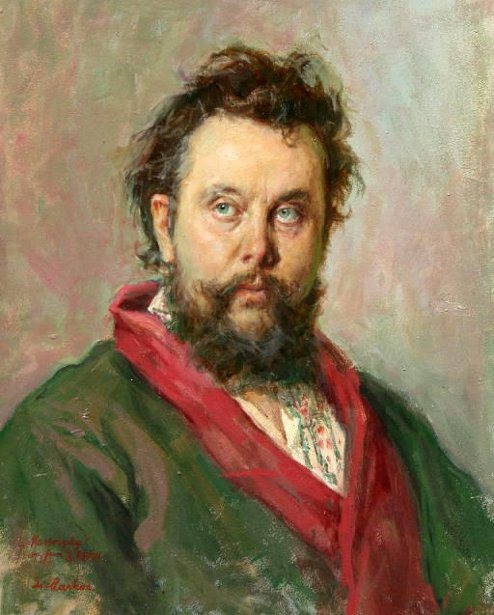 We’ve already looked at Modest Mussorgsky’s creation for piano, Pictures at an Exhibition. This best-known of Mussorgsky’s works had an afterlife as an orchestral work that has resulted in dozens of orchestrations. There are also arrangements for other performing forces including piano trio, organ, string sextet, jazz trio, rock band, and accordion. But it’s the orchestral arrangements we’ll focus on; even only a partial listing gives us nearly 30 arrangements!

When a work for one medium (piano) is changed to another medium (orchestra), the arranger can use all the sounds at his command to help paint these pictures. We’ll look at just the first movement, the Promenade, to see how all these versions can take the same music and have such different results.

We’ll start with the original

The best known of all the orchestrations was that done by Maurice Ravel in 1922. He seems to paint a very French landscape in his version. 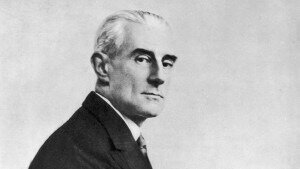 Ravel uses the solo trumpet to stand for the solo visitor, traveling from picture to picture. The rest of the soundscape moves from the brass world to stately strings, regal in the distance.

In this version by D. Wilson Ochoa, the woodwinds begin, to which are added pizzicato strings and a walking cello/bass line. This 2007 version really seems to have a more 21st century feel than does Ravel’s version. Ochoa said that he based his orchestration on Mussorgsky’s other orchestral works, such as Night on Bald Mountain.

Leopold Stokowski’s version begins with strings alone, very slowly and stately. Stokowski believed that Ravel’s sound was “too Gallic” and his orchestration was made to put the ‘Russian’ back into the work. He omitted the two French pictures (Tuileries and Limoges) and ended the work with a truly Great Gate of Kiev with quadruple wind and brass, a big percussion section, all strings, and organ.

The conductor Jukka-Pekka Saraste melded together two orchestrations, the 1922 version by Leo Funtek and the 1954 version by Sergei Gorchakov to create work that seems, even compared to the slow version of Stokowski, to just plod along.

Peter Breiner’s 2012 orchestration seems to take the best of all the other orchestrations: he eliminates the prominent trumpet of Ravel, speeds up Stokowski’s idea of an all-string beginning, and with the delicate insertion of brass and percussion, has given us a work that underscores the potential of Mussorgsky’s creation.

There are dozens more orchestrations we could look at, but even just looking at these few, we see such strong changes in tempo and instrumental timbre that each orchestration seems new again. And, if you listen to other versions, it will help you gain an appreciation for the inherent quality of Mussorgsky’s original work. The orchestrations don’t ‘fix’ problems in Mussorgsky, but give us others’ vision of the original Hartmann pictures that Mussorgsky remembered in his work.