Artists Interviews
In touch with Pablo Heras-Casado
by William Cole May 7th, 2014 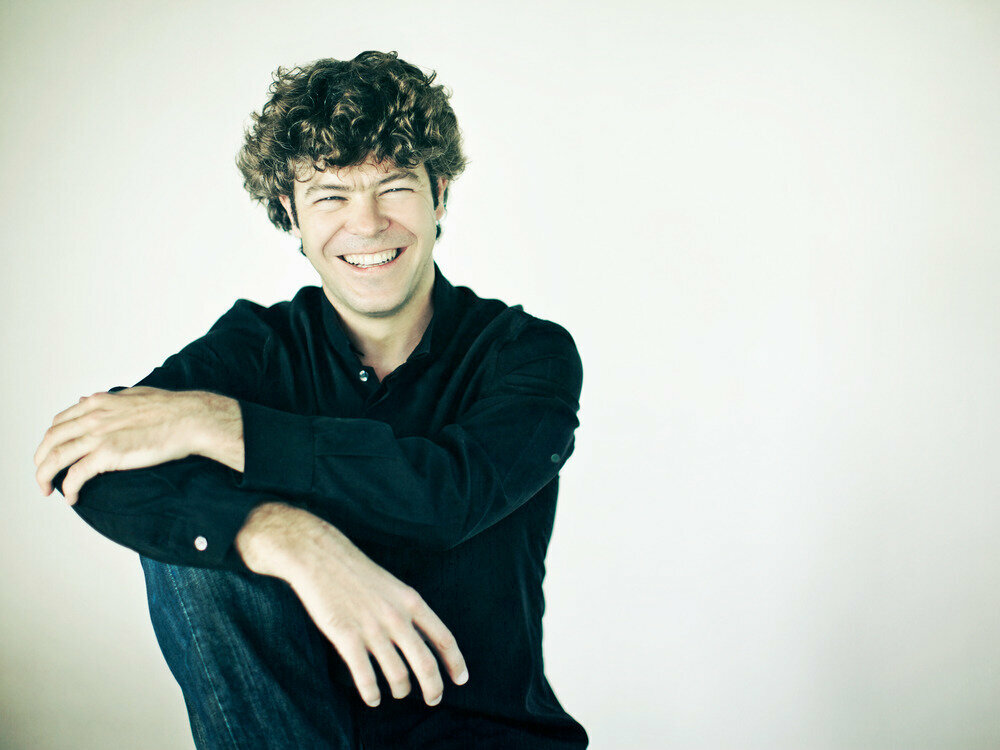 An engaging interpreter of baroque and contemporary music as well as of the mainstream symphonic repertoire, Spanish conductor Pablo Heras-Casado maintains a busy schedule in the concert hall, opera house and recording studio. He holds the position of Principal Conductor with the Orchestra of St Luke’s in New York and has worked with ensembles from the Berlin and New York Philharmonic Orchestras, to the Ensemble Intercontemporain and Freiburg Barockorchester. He will make his debut with the London Symphony Orchestra in May.

I got in touch with Mr Heras-Casado to ask him about his life in music so far, and began by asking him how he first start making music.

‘It was through singing’, he says, ‘though not necessarily “art” music. I sang folksongs and so on and was in a choir. Then I asked my parents for music lessons – those lessons led to singing in bigger choirs, then studying at the conservatory, and then many years later some conducting!’ Heras-Casado has also enjoyed guidance from a range of teachers and mentors. ‘I remember a teacher at school who was an amateur musician with a great passion for music, and he tried, in a small way, to bring that passion to these seven- or eight-year old kids. He was very important for me.’ Heras-Casado soon began learning from some more high-profile musicians. ‘When I decided to start conducting, Harry Christophers was my first teacher, and he was a very important teacher, then friend, and he made a very important impact on me. Later on Pierre Boulez was another important mentor. They both have been the most important teachers for me’.

It is a mark of his wide-ranging musical appetite that he cites as key mentors a principal exponent of Renaissance polyphony and a composer-conductor who has defined the avant-garde for over half and century. And indeed Heras-Casado is remarkable for his ability to traverse different musical styles with fluency; he was a protégé of Boulez at his classes in Lucerne and also works regularly with period ensembles. I asked him whether he ever found difficulties moving between different idioms. ‘No, I don’t. After all, it’s all about music. Also, you often have to adapt – when you move from a chamber to symphonic orchestra, or between different concert halls, or from an American to an Austrian orchestra and so on. For technical or stylistic differences, it’s about having a good understanding and experience for each style, and also strong preparation. I don’t have any problems conducting different styles. For example, two weeks ago was the NY Phil doing a 20th century programme and then the next day I was with the Freiburg Barock Orchestra on period instruments. It’s natural for me.’ 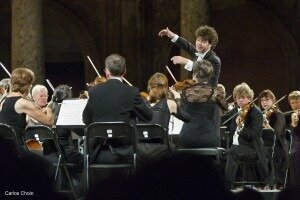 Heras-Casado has in a remarkably short time joined the front rank of the world’s conductors. I asked him whether he has any particular plans or aspirations for the next few years. ‘Not really,’ he said. ‘I would like to keep developing, to become a better musician and better artist. In the long term, it’s important for me to establish relationships with ensembles where I can explore different repertoires. So my aim is to keep working, and ensure the quality of those relationships. I’d also like to learn repertoire that I haven’t done yet, like Wagner.’

He has a busy few months ahead. ‘I’m in the middle of a European tour with the FBO performing Schumann’ he says. ‘Then it’s my debut with the LSO, which is a very important event for me of course. Then I go back to the Mariinsky Theatre, and then with my own orchestra the Orchestra of St Luke’s, we have some very important concerts taking part in the New York Philharmonic’s biennial of new music, with music by Pierre Boulez and George Benjamin. Then after that it’s The Magic Flute in Aix-en-Provence with Simon McBurney.’

It’s a hectic schedule by anyone’s standards – how does the maestro relax? ‘My family is very important – without them, I wouldn’t be a musician. So I go back to Grenada whenever I can, to take care of my garden and be with my friends. I go to the mountains too, and live life in its purest form.’

Pablo Heras-Casado’s new album ‘El Maestro Farinelli’ with countertenor Bejun Mehta will be released on May 5th on the Archiv label.