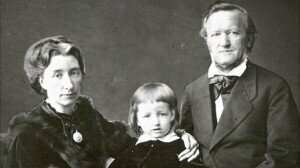 Birthday presents come in all forms, shapes and sizes. When Cosima Wagner awoke on 25 December 1870 to celebrate her 33rd birthday, a group of 17 musicians had assembled on the stairs leading to her bedroom. With Richard Wagner conducting, the musicians played “a symphonic birthday greeting to his Cosima from her Richard.” 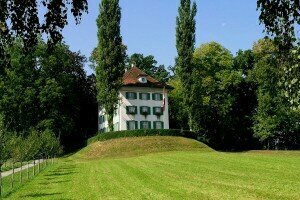 Wagner would subsequently change the name of the composition to the well-known “Siegfried Idyll.” This short composition, however, represents much more than just a simple birthday and Christmas greeting. It is a collective musical sigh of relief. You see, Wagner and Cosima had declared their love for each other in November of 1863. But there was a catch; they were both married to somebody else! 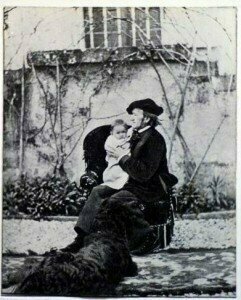 In Cosima’s case, her husband was the famous pianist and conductor Hans von Bülow. Bülow was an ardent champion of Wagner’s music, and he seemed to have been content to ignore that Cosima gave birth to Wagner’s daughter Isolde on 10 April 1865. Cosima had initially made only brief visits to Tribschen, the country manor on the shores of Lake Lucerne where Wagner resided for six years, always returning to her husband and her daughters in Munich. Eventually, however, she took her children and permanently moved to Tribschen. Somewhat confusingly, when Cosima gave birth to Wagner’s second daughter Eva, Bülow was present at the birth. It was not until the birth of Siegfried Wagner in June 1869 that Bülow finally instituted divorce proceedings against Cosima. Since Wagner’s wife Minna had died in Dresden four years earlier, Wagner and Cosima were able to enter into holy matrimony in August 1870. Wagner’s musical birthday/Christmas greeting took Cosima by complete surprise, but she must surely have recognized several motifs associated with the musical drama Siegfried, which Wagner had complete about the time of their son’s birth.