Imagine writing sixty operas over a period of fifty years, and having them performed to great acclaim at the most important opera houses of Europe. Yet the only thing history actually remembers are the infamous words by Amintore Galli, who proclaimed that Saverio Mercadante only “served as a footstool for Verdi.” It is hardly unusual for Italian historiographers to get emotionally involved with their subject matter. In fact, we have come to expect bellicose rants of primordial imprudence, but truth be told, Saverio Mercadante (1795-1870) deserves better. Born near Bari in southern Italy, Saverio displayed exceptional musical talent at an early age and was sent to study music in Naples. He quickly set to work and composed marches, instrumental duets, trios, quartets, sinfonias and a number of concertos for various instruments.

For the first twenty-three years of his life, Mercadante composed almost exclusively for instruments. On the advice of a Neapolitan critic who urged him to “abandon his sterile symphonies in favor of vocal music,” and the encouragement of his personal friend Gioachino Rossini, Mercadante composed his first opera L’apoteosi d’Ercole (The Apotheosis of Hercules.) The work was enthusiastically received, and in quick succession, Saverio composed two more operas for Naples and two for Rome. With Elisa e Claudio, which was presented at “La Scala” in 1821 for 30 successive nights, Mercadante established his European reputation. He was soon invited to work in Vienna, Madrid, Cadiz, Lisbon, and Paris. Upon his return to Italy he composed Il Giuramento (The Oath), his most famous and probably most influential opera. Premiered at “La Scala” in November 1837, Il Giuramento broke away from his earlier compositional style of providing light theatrical entertainment and genuinely attempted to address the libretto as drama.

Il Giuramento marked “the first successful attempt in an Italian opera premiered in Italy of depriving the prima donna, or some other star singer, of her until-then inalienable right of having the stage to herself.” In essence, Mercadante created a deep interplay of characters in a serious musical framework and thereby spawned a movement of operatic reforms in Italian opera. The composer freely explained his innovations and reforms, “The forms are varied, trivial cabalettas are banished, the crescendo exiled, tessituras are less extended and there are fewer repetitions. There’s some novelty in the cadences, the dramatic aspect is better managed, the orchestration is rich, but without covering the voices. Long solo-passages have been removed from the concerted pieces, since they obliged the other parts to stand there coldly, to the detriment of the action. Little use of the bass drum, and very little of the band.” By 1840, Mercadante was the most respected figure on the Italian operatic scene. Franz Liszt noted, “Exception must always be made for Mercadante. He has the wisdom to write slowly, and revises his compositions with care. Several of his ensemble pieces are really remarkable. The latest works of Mercadante are without question the most seriously thought out of the contemporary repertory.” 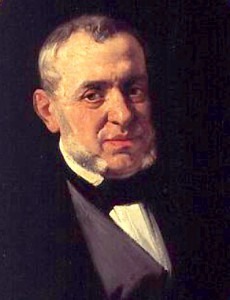 When young Giuseppe Verdi struggled to get his opera Oberto accepted at “La Scala,” Mercadante scored another resounding success with his opera Il Bravo (The Brave). Verdi was in the audience and the influence of Mercadante’s work on the development of his operatic style, structure, melodic style and orchestration cannot be emphasized enough. In 1841, Verdi witnessed the triumph of Mercadante’s next opera, La vestale (The Vestal Virgin), in Genoa. The parallels between this opera and Aida have been pointed out by Frank Walker. “Both are set against a priestly background, contain a spectacular triumph scene and end with the entombment alive of the chief character. Not only did the general style of Mercadante’s work recur to Verdi’s subconscious mind, but even some individual phrases—as, for instance, the Chief Vestal’s “Decio ritorna, de’ Galli vincitor” to a rising phrase virtually identical, even in key, to the famous “Ritorna vincitor” in the first act of Verdi’s opera.”

During the early stages of his career, Verdi clearly respected and emulated Mercadante. In turn, Mercadante became highly critical of his dangerous new rival, and used his considerable influence to block Verdi’s success in Naples. Be that as it may, Mercadante’s works “provide the link between Rossini, Bellini and Donizetti on the one hand, and Verdi and the late 19th-century melodrama on the other.” In our next episode we will take a closer look at Gaetano Donizetti, one of the leading composers of bel canto opera, and a highly important influence on Verdi.