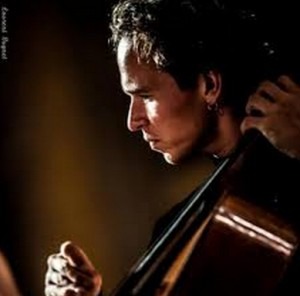 Thank you for agreeing to being interviewed by Interlude.HK! We have several questions that we think would be of interest to our readers and those who will attend your upcoming concert in Guangzhou with the St Petersburg Philharmonic Orchestra in October.

Can you tell us a little about your cello teachers and studies? You have a great facility on the cello. Is there a cellist or other artist who was particularly influential in your development?

I actually began my musical studies on the piano. At the age of seven I started studying the cello with a wonderful teacher. Marc Reisenshtock was teaching at the music school attached to the conservatory of St. Petersburg. I loved the cello from the beginning and was really impressed by the profound beauty of the sound of the instrument. I listened often to recordings of Daniil Shafran, Pablo Casals and Gregor Piatigorsky but Jacqueline du Pré particularly impressed me. Her playing revealed deep feelings for cello and for music in general.

We read about your performing the première of Marc-André Dalbavie’s Cello Concerto. How do you view the importance of new works for the cello and how do you go about learning and studying a work that has never been performed before?

The cello concerto of Dalbavie was the first work written especially for me. Marc-André and I have been close friends since I was fifteen. He listened to me practicing the Paganini Caprices on the cello, as well as the first movement of his Violin Concerto No. 1. Dalbavie decided after many years to write something technically impressive, with an improvisatory style, and with musical depth. It was quite difficult the first time I performed the piece. I had received the music just two weeks before the première! With dismay I realized immediately that this piece was the most difficult I’d ever played technically. At the time I still didn’t comprehend his musical language. Fortunately, during those two pretty hard weeks while I learned the work, I was able to incorporate his style and I began to really like his music. I hope this piece will be adopted into the standard repertoire and become one of the major pieces for cello.

You have performed with several prestigious conductors— Eschenbach, Nagano, Sinopoli and Temirkanov, can you tell us about any special rapport you have with them?

It was a great honor to meet such an outstanding maestro like Temirkanov. I was still very young at the time and my parents and I were visiting St. Petersburg. We had the opportunity to hear several concerts played by the Philharmonie and I remember being so impressed by the Maestro, especially his deep feeling for the music as well as his charisma.

Maestro Eschenbach is a wonderful friend and mentor. We have recorded both of the Shostakovich Cello Concertos and Tchaikovsky’s Rococo Variations. He has helped me a great deal in my musical life and enabled me to play with several great orchestras including those of Philadelphia and Chicago. I recently returned from the Salzburg Festival where I performed the Dalbavie Concerto with the Salzburger Mozarteum Orchestra under his magnificent direction. It always makes me so deeply grateful. 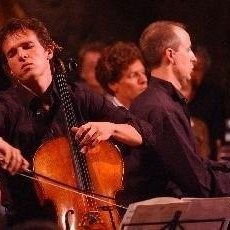 You have appeared at some of the most prestigious chamber music festivals as well. How would you compare the experience of performing chamber music versus as a soloist? Which artists have you most enjoyed collaborating with?

Chamber music is an alliance of souls— it’s a communion between beings. While playing chamber music we recognize our connection to all beings in the Universe. To me chamber music heals our souls and makes us feel the present moment deeply that is beyond space and time. I would say the same about all kinds of artistic performances but especially musical performance. Music is an alliance of infinite patterns of sound, which is an expression I think, of primordial truth.

The pianists I love to collaborate include Christoph Eschenbach, Misha Dacic and Natacha Kudritskaya. I really loved to play Tchaikovsky’s trio with Maxim Vengerov and Rustem Saitkulov.

You play on a wonderful cello—a Nicolò Gagliano. Was it love at first sight? How did you acquire the cello?

This cello I would say is a magnificent friend of mine. It was not love at first sight, but rather a long process of discovery— I would say tuning my frequency to the instrument, and finally a kind of magic ensued: a kind of vibrating unity!

Many young people look for advice on building a career when they are starting out. What advice would you give them?

I would advise that before anyone starts to build a career they should first discover themselves—who they are as people. It’s important not to put on a mask, to learn how to communicate with nature and especially to learn how to breathe. When there is no breath, there is no life. All musical practices are based on breathing, but unfortunately sometimes only wind players, singers and dancers really breathe. Modern music teaching rarely includes breathing practice. I also think that a competitive system kills our natural artistic creativity. When we as artists are conscious of our own breathing, we are able to be in the present moment, reveal our real natures or inner light, which allows us as performers to draw the audience in.

Your YouTube’s indicate a predilection for some of the great solo works for cello, like Kodály Solo Sonata and the Cassadó Suite. Can you elaborate on your fascination with these works? What are some of your other favorites works to perform or those that you would like to perform?

I am fascinated by the richness of the writing of these two composers— the soulfulness of Cassadó and the almost mystical message of Kodály in his cello sonata. I think the Kodály sonata is one of the greatest works ever written for cello. It shows all the incredible possibilities of the instrument, while also revealing spiritual and mystical possibilities of the performer. I think this work is like a mirror— we cannot hide while performing Kodály or the Bach Suites, for that matter. Everything that we are in our inner lives becomes transparent in this sacred music.

Everyone likes to hear humorous stories. During your live Leighton House Museum performance of Piazzolla’s Grand Tango suddenly your bow flew out of your hand, but you hardly missed a beat! Would you tell this story or another that reflects the surprising things that can happen in concert?

Well, it was not the most humorous story of my musical life! (I don’t like a word career). Once when I was still very young I was on tour in southern France. It was extremely humid on the French Riviera. When I went to my hotel room I found my cello without a fingerboard! It had become unglued. There was no violin maker/repair person available during summer. So what could I do? I used scotch tape to stick it on and I played like that the rest of the tour. During that tour I performed some technically challenging pieces. I burned one of my fingers with the cigarette lighter in the car. So I had two handicaps. That’s what happens when a mom lets her thirteen- year-old go on tour alone with his friends. Certainly the beer along the way helped!… 🙂
Dimitri Maslennikov will be performing with the Saint Petersburg Philharmonic Orchestra in Guangzhou on October 16th, 2014 at the Guangzhou Opera House.