Opinion
V is for Virtuoso
by Frances Wilson December 22nd, 2016 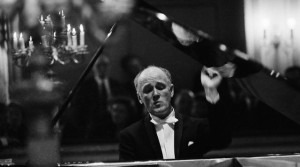 Going beyond the notes
…a virtuoso was, originally, a highly accomplished musician, but by the nineteenth century the term had become restricted to performers, both vocal and instrumental, whose technical accomplishments were so pronounced as to dazzle the public.
‘Music in the Western civilization’ by Piero Weiss and Richard Taruskin

Google “virtuoso pianist” and the image search will throw up pictures of Richter, Brendel, Rubenstein, Argerich, Arrau, Rachmaninoff, Liszt, Ashkenazy, Barenboim, Lang Lang, Yuja Wang, Trifonov, Pollini, Cziffra, Gould, Kissin, Uchida, Hough, Pires, Ogdon, Schiff, Cliburn, Hamelin, Schnabel, Cortot, Horowitz, Hess, von Bulow, Andsnes….. The list is seemingly endless, with every significant or “great” pianist of today and previous eras afforded the accolade of “virtuoso”. Along with the pictures there are 100s of articles ranking pianists – the 25 greatest pianists of all time, the 10 greatest living pianists, 50 legendary virtuoso pianists……
The word “virtuoso” literally means “a person who is extremely skilled at something, especially at playing an instrument or performing”. It describes an individual with exceptional and extraordinary technical and musical abilities, but as the opening quote notes, the word is more usually associated with dazzling displays of piano pyrotechnics.
Today virtuosity in the sphere of classical music has become almost synonymous with an over-developed technical facility without a comparable level of musical understanding/interpretation or broader musical education. The word has been misappropriated and more often than not is now attached to the performer who simply plays very fast and loud, or one who attracts more attention to themselves than the music (I am sure we can all think of a few examples…..). It has lost its nineteenth-century associations with the sublime and the transcendental. As we gasp in amazement at these pianists’ fleet fingers and glittering pianistic athleticism, the word has nowadays come to mean something rather superficial and derogatory.
Virtuosos are constantly tempted to indulge in an undue exhibition of their wonderful technic, and as many have succumbed to the temptation, the term virtuoso has come to be considered by many as slightly depreciatory, and the greatest artists usually object to having it coupled with their names
W.L. Hubbard et al, 1908
For me, and I suspect others who appreciate the art and craft of pianism, true virtuosity transcends technique alone. It is less about the ability to play the fastest, most treacherous passages of Rachmaninoff or Liszt or to scale the high Himalayan peaks of works like Gaspard de la Nuit or Islamey. Virtuosity is not the ability to perfectly execute thousands of scales and other ‘technical exercises’ with amazing dexterity, but rather an aggregate of many skills which enable the pianist to play a million different passages, and to adjust finger and arm weight and touch accordingly to achieve particular effects and sounds, as well as learning to ‘speak’ the language of music through one’s playing and an ability to stand back from the music to allow it to speak on its own terms. 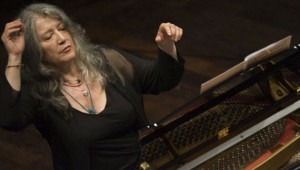 Nor is it about flashy piano pyrotechnics and extravagant gestures, which may wow the audience but do not serve the music. Indeed, a number of pianists whom I regard as true virtuosi are also some of the most “immobile” in the profession – Marc-André Hamelin, Murray Perahia and Stephen Hough being notable examples.
Liszt is usually held up as the first great virtuoso pianist, yet for many he remains merely a “showman” whose virtuosity was a negative attribute. A poseur and a charlatan, superficial and bombastic, whose playing and music was affected, grandiose and vulgar. But Liszt was no superficial showman: in addition to playing his own music, he played all the best music of his day and all the best music which had been written for the piano. He was “the very incarnation of the piano”. In addition, he was a pioneering conductor, concert promoter and champion of young composers (notably Wagner, who described him as “the most musical of all musicians”). His musical outlook in general was noble, transcendental, sacred, orchestral and metaphysical – surely attributes to be admired rather than denounced?
With Liszt, one no longer thinks of difficulty overcome; the instrument disappears and music reveals itself
Heinrich Heine

In concerts, the virtuoso approaches each performance, each interpretation as a unique occasion – something I feel is increasingly hard for performers when high-quality recordings are so readily available, benchmarks by which pianistic prowess is measured and which lead audiences to expect a certain manner of playing in live concerts. The virtuoso appreciates that no one “perfect” rendition of a Beethoven Concerto or Chopin Etude, for example, exists; that one should never aspire to have the “last word” on any work. It is for this reason that many of us seek out the same virtuoso performers in the same repertoire, either on disc or in concert, to hear how their view of certain works changes and develops over time.
…the further a performance must travel to reach the origin of the music, the more the artist demonstrates the measure of both his conscience and his genius: his virtuosity
Mark Mitchell, Virtuosi!
The virtuoso takes risks in performance – by which I do not mean coming to the stage ill-prepared. Indeed, the most risk-tasking, vertiginous, exciting or profound performances are often the result of many long hours – nay, years – spent with the music. Even a flawed virtuoso performance can excite, delight and enthrall far more than a perfect non-virtuosic performance: technique over artistry nearly always fails to impress.
While there is no “definitive” performance, virtuoso understands that it is possible to create, in that “existing in the moment” of the live concert experience, a performance whose communicative and emotional power renders it “perfect”. Audiences know this too – these are the performances during which we enter a state of wonder, from which we emerge speechless, hardly able to put into words what we have just heard because the experience of the performance has awakened in us what it means to be a sentient, thinking, feeling, living, breathing human being.
The miracle of an aristocratic performance lies in its capacity to vaporize everything that surrounds it, and in particular all efforts to appropriate it.
Mark Mitchell, ibid.
And there’s more – because for me true virtuosity goes beyond the notes. It includes the ability and a willingness to tackle a wide range of repertoire – not mean playing a lot of pieces, as some younger performers feel they should be doing, but rather playing a broad range of music. One of the chief exponents of this is, in my opinion, Maurizio Pollini. Not many pianists would programme Chopin’s 24 Preludes, a selection of Debussy’s Preludes Book 1 and Pierre Boulez’s Sonata No. 2 in the same concert. Stephen Hough and Marc-André Hamelin are also notable examples in their championing of lesser-known repertoire and even their own compositions.
People will always be impressed by fleet fingers and showy piano acrobatics, but for me the most profound musical experience often comes in the quietest, slowest or most intimate moments in music when a venue as large as London’s Royal Festival Hall shrinks to the size of Schubert’s salon through the pianist’s power of expression and musical intuition and understanding. That is true virtuosity.
Virtuosity lives on a pinhead where fallible humanity and otherwordliness miraculously collide. Though we can perhaps barely grasp what we are hearing, or indeed, watching, we feel strangely drawn to others who demonstrate a capacity to live on the cusp of possibility
Mark Tanner, pianist and writer
Sviatoslav Richter in 1993 plays Beethoven Sonata Op.110