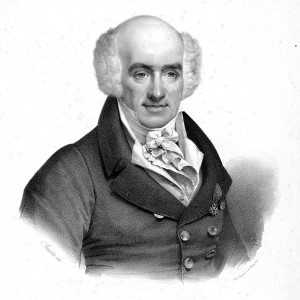 By 1918, the century-old Franco-Belgian traditions of violin and organ studies, developed at the Paris Conservatoire, had undergone modifications that helped consolidate their tenets, empower their disciples, and spread their influence worldwide, to this day.

Their common origins remain, nevertheless, perplexing – not the result of an ambition nor a project – apparently, just a succession of fortuitous events!

Giovanni Viotti (1755-1824), a student virtuoso with a rebellious streak, dropped his teacher on a whim, refusing to play second fiddle to international star Gaetano
Pugnani (1731-1798) who worked with J C Bach in London.

In the course of a hyperactive career, Viotti fell in and out of favour with French aristocrats, French revolutionaries and English aristocrats, before finally being granted British citizenship – only to ruin himself in an unsuccessful wine venture. 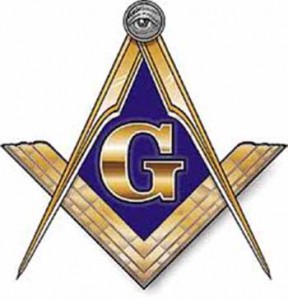 Despite setting up historic opera companies in Paris and London, and managing various academies, Viotti cultivated only few direct pupils, who soon banded together to compile the new Paris Conservatoire’s Violin Method (1802), its official curriculum for over two centuries. They could claim exclusivity over Viotti’s own improvements in bow design and technique, developed before the French Revolution in cooperation with bowmaker François Tourte (1747-1835), favouring both the speed and tone of performances on his celebrated Stradivarius violin.

Notable admirers Beethoven, Paganini and Brahms sought inspiration in his twenty nine violin concertos. And today, he gains belated recognition as the actual composer of the French revolutionary tune La Marseillaise, taken from his Theme and Variations in C major (1781), composed eleven years before rousing words were added by Rouget de Lisle (1792)! 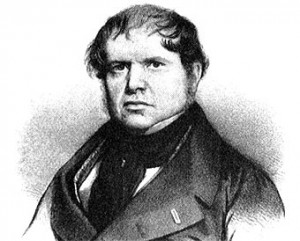 While imposing, the starkness of his life begs the question: what was Viotti’s driving motivation? With no wife or children to worry about, where’s the cement linking one day to the next: even an overweening ego needs external appreciation… or was he in it solely for the money?

In fact, it is impossible to accurately picture society and music during the XVIIIth century Enlightenment without acknowledging the overwhelming and accelerating impact of Freemasonry on all social strata. The establishment of “fraternal” associations, promoting Rationalism, Humanism and Internationalism, provided respite from the rigidities of absolute monarchy and the monopoly of Churches on metaphysical speculation. Even the ruling classes would encourage and protect these, as they gained a foothold in England (1717), France (1725), Russia (1732), Sweden (1735), Denmark (1743), Norway (1749), the Netherlands (1757), Germany (1770) and Austria (1777).

Their social calendars, punctuated by lavish ceremonies presided over by the highest orders of nobility, required ample musical accompaniment, thus allowing composers and performers to mingle with their patrons, receiving recognition, accolades and commissions for new pieces.

The masonic receptions Viotti attended at Versailles were graced by Monsieur – the brother of the King – and Marie-Antoinette; this was the delightful side of life that made all other considerations pale into insignificance!

J S Bach’s faith, and Beethoven’s temper were too strong to be sidetracked by such alternative social movements, and occasionally vicious attacks from jealous mediocraties were, for the most part, shrugged off.

Otherwise, Mozart, Haydn, Neefe, Cherubini, Boïeldieu and a majority of musicians basked in the cordial environment provided by masonic gatherings. 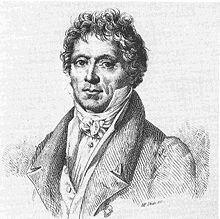 Masonic ties also sustained friendships and professional interactions outside institutional frameworks: if pupils applying to the Conservatoire did not meet its stringent admittance criteria for age and nationality, they could still be taught privately by faculty members. Likewise, aspirants to the prestige and security of a faculty position, spent years as teaching assistants to the titulary, expecting to be nominated to his seat when he retired.

Such was the case of multi-faceted prodigy François-Joseph Fétis (1784-1871), the first Belgian to join the creative ferment within the five year old Conservatoire. Initially admitted in 1800 as a teenaged composer, violinist, organist and pianist, he witnessed its adoption of the Viotti-inspired Violin Method (1802), read the groundbreaking study of J S Bach (1802) by the founder of musicology, Johann Nikolaus Forkel (1749-1818), and may have eyed the newly instated Prix de Rome for excellence in musical composition (1803). Fétis researched avidly, founded France’s first journal of classical music, la Revue Musicale (1827), and became one of the century’s most influential critics, musicologists, musical theorists and anthropologists. His study of violin-making with the foremost luthier, restorer and collector Jean-Baptiste Vuillaume (1798-1875), and biographies of Stradivarius and other musicians, are still authoritative, while his collection of exotic instruments forms the basis of Brussels’ Instrument Museum.

Also ending up at the Conservatoire after years of wandering around war-torn Europe was Beethoven’s friend, Czech composer Anton Reicha (1770-1836) who taught Berlioz, Liszt and, more pertinently, the Belgian organist César Franck (1822-1890) who went on to train French organists Louis Vierne (1870-1937) and Charles Tournemire (1870-1939), and musicologist André Pirro (1869-1943); the latter’s “Esthetics of Bach” (1907) complemented the revivalist and conservationist efforts of organist Albert Schweitzer (1875-1965) and harpsichordist Wanda Landowska (1879-1959), following publication of Bach’s Complete Works by the Bach-Gesellschaft.

Thus, between 1800-1830, the Franco-Belgian violin and organ schools were born together, through random circumstances involving the same dynamic people, producing some of the greatest ever flowerings of musical talent.