Artists Behind the scenes
Playing in the Band
by Maureen Buja December 20th, 2017 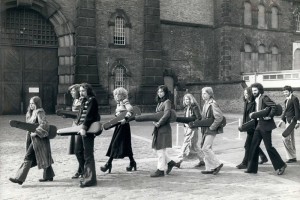 The Portsmouth Sinfonia in 1975
Credit:vhttps://www.atlasobscura.com/

We saw a wonderful cartoon the other day and realized that we’d been in those practice rooms and we had heard music by those composers.

You can hear some of this kind of playing by the fabled Portsmouth Sinfonia. This was a truly amateur orchestra – amateur in that they loved (ama) what they were doing, and amateur in that any musicians actually in the orchestra didn’t play their own instruments. If you were a pianist, how about a flute? Or a clarinet? You had to be sincere, however, and not perform with humour. This was music, strained heavily through the lack of technique or anything else. 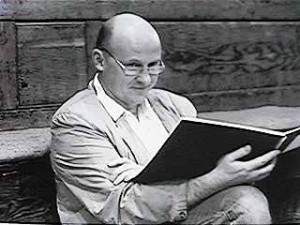 This particular orchestra was the invention of Gavin Bryars, then a composer and lecturer at the Portsmouth School of Art. The original orchestra grew over the next few years and included experienced musicians playing something new and new players learning their instruments. One orchestra member recalled buying sax the morning of the first rehearsal, having never played it before ever.

The composer Brian Eno joined the orchestra as a founding member and clarinetist and was instrumental in getting the ‘worst orchestra in the world’ signed to Transatlantic Records, also serving as producer on the first 2 albums. Their last album in 1979 (20 Rock Classics) was on the Philips label.

Of course, by the end, having played so much, they actually could play better, to a degree, and that somehow took the edge off their edginess. 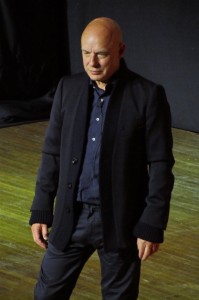 And what of composer Gavin Bryars? One of his best-known works is a 1971 work, Jesus’ Blood Never Failed Me Yet. A tape loop of a unknown vagrant singing in London is overlaid with lush harmonics that, over the hour of the work, gradually rises and falls in dynamics. As recording technology improved, it went from being a 25-minute work to one of CD-length (74 minutes).

Bryars: Jesus’ Blood Never Failed Me Yet: III. – (unknown voice; Hampton String Quartet; Michael Riesman, cond.)
As a piece of both music and concept art, it has a strange calming fascination, even today.