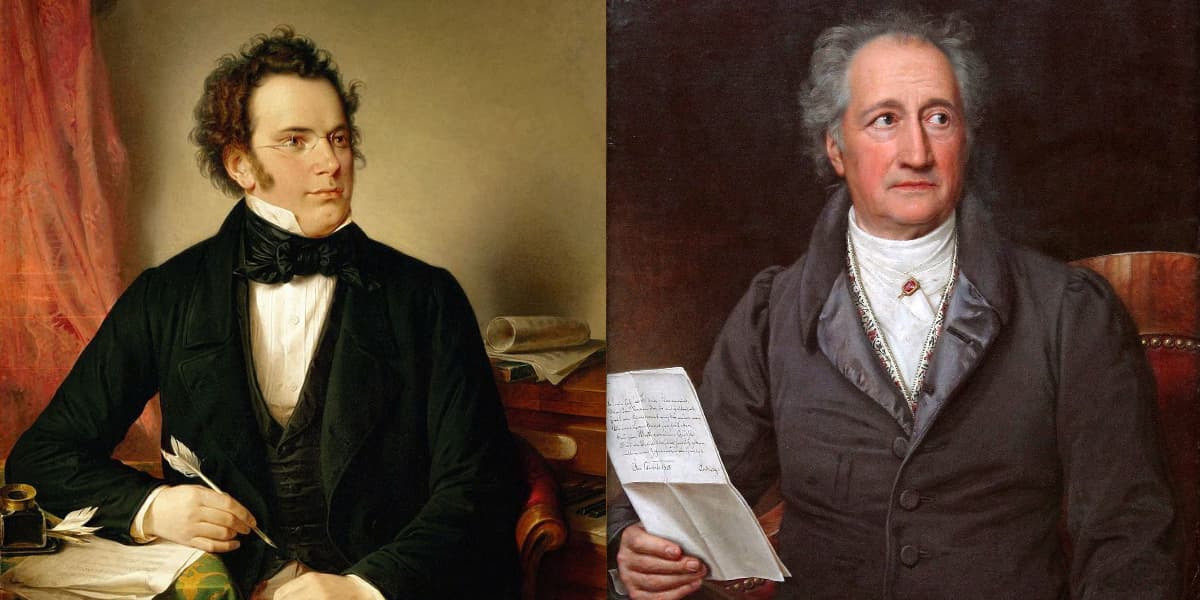 Franz Schubert’s hair-raising setting of Goethe’s poem about a father with an ailing child in his arms, racing towards help but being thwarted by the illusions of the Erlkönig has always had dramatic performances. The singer has to project 4 different voices (the narrator, the father, the child, and the Erlkönig), conveying the worry of the father, the fretting of the child, and the temptations of the Erlkönig. But it’s the piano that established the urgency through its first pounding entrance. When we finally draw up, it’s that final, fatal pause before the last two words, ‘war todt’ (is dead), that shines a light on the futility of the journey.


It’s the contention of American composer George Crumb that Schubert’s setting of Goethe’s poem was an inspiration to the Spanish poet Federico García Lorca’s poem “Song of the Rider, 1860,” which Crumb used in two of his works, Madrigals, Book II (1965), where he just set 4 lines, and in Songs, Drones and Refrains of Death (1968) where he set García Lorca’s entire poem.

Much like Erlkönig, Crumb’s version starts at a dead run with the instructions: ‘breathlessly, with relentlessly driving rhythm!’. The work, for baritone, electric instruments, and percussion, carries the motion of the black horse through the wild, hammered rhythms played on lujon, crotales, drums, mallet instruments, and electric harpsichord.

The vocal setting is rather like Schoenberg’s Sprechstimme, with its rises and falls, lines read with rubato – speeding up and slowing down, and, of course, with the occasional neigh of the horse in the vocal line.


Crumb ends the work with a full cadenza appassionata for two drummers before the singer returns to perform the last 5 lines.


Earlier, in 1965, Crumb had made another setting of this text, but only using 4 lines of the total.

Crumb is a long way away from Schubert, but with the help of the horse, we can see how Crumb’s madrigal set only 4 lines of the orginal poem because of the basis of his longer and more dramatic setting.