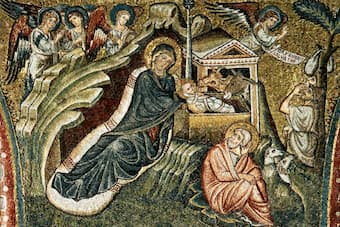 Once you get away from the commercialization and implied coziness of Christmas, we come to the backbone of Christmas – the celebration and the reason why it’s a season of generosity and the family.

Carols started out as basic songs but gradually became associated with Christmas – carols celebrate the angels announcing Christ’s birth (Hark the Herald Angels Sing), what the shepherds were doing (As Shepherds watched their flocks by night), the sounds in the air (Carol of the Bells), and so on.


Some carols are quite old, dating back to the 13th century, such as Good King Wenceslas. Although the words come from the 19th century, about a Bohemian king who gives alms to the poor on December 26th, the melody comes from much earlier. Some carols are sung in languages other than English, reflecting their age, such as ‘Adeste Fideles’ or ‘O Come, All Ye Faithful’ which takes its Latin original from the 17th century. 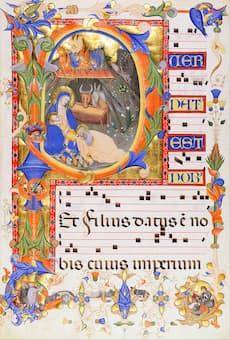 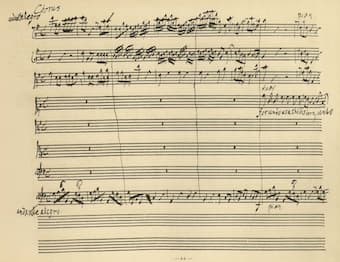 Handel: Messiah: For unto us a child is born, manuscript

One of the great standards of Christmas is a work that wasn’t written for Christmas at all: Handel’s Messiah. Written for the spring, it was given its premiere in Dublin on 13 April 1742. The oratorio is in 3 parts and at the middle of part 1 that Christ’s birth is celebrated.

George Frideric Handel: Messiah: Part I: For unto a child is born (Scholar’s Baroque Ensemble)


The famous ‘Hallaluiah!’ chorus in Part II is associated with Christ’s death and resurrections but also, because of its overall spirit, often appears in Christmas concerts.

Instrumental works for the season include Archangelo Corelli’s Christmas Concerto, which has become a familiar holiday work. 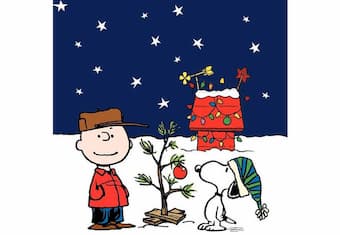 One of the most melancholy of Christmas songs is Vince Guaradi’s music for A Charlie Brown Christmas, where his song ‘Christmas Time is Here’ seems to bring out all the joy and melancholy of the season.

And so we close on a quiet jazz note for however you celebrate the holiday.