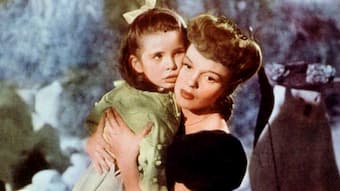 The original “Have Yourself a Merry Little Christmas” from th musical film Meet Me in St. Louis was far from merry… © Turner Classic Movies

Christmas music comes in two varieties – the secular, which includes jingling bells and sleigh rides, and the sacred, which involves travel by donkey and stables, with the appearance of a few camels.

The language of the secular Christmas, even though on the surface is all shiny and bright, often hides a more sombre message inside. Written for the musical film Meet Me in St. Louis, the song “Have Yourself a Merry Little Christmas” went through a number of revisions to make it more jolly. In the film, the children have just received word that they will be leaving their beloved St. Louis for New York City. The elder daughter sings to her distraught younger sister, promising her future happiness, but for now, we all ‘have to muddle through somehow.’ There’s a dark side to the song, and in later versions, the original words were gradually changed to the present tense and more happiness. 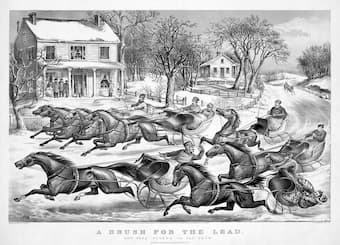 Leroy Anderson, a stalwart of music for the pop orchestra, wrote his Sleigh Ride not as a Christmas song but as piece of light classical music.

First an instrumental, it had lyrics added two years later, but still with no mention of the season. For the listener, however, sleighs are for winter and all the jing-jing-jing-aling summons up thoughts of the holiday season. With the sound effects of the cracking whip, the bells, and, at the end, the neighing horse, it has become a classic holiday song.

Some traditional songs, such as ‘Here We Come a-Wassailing,’ document older Christmas traditions. A ‘wassail’ was a Christmas song, so an alternative title might be ‘Here We Come a-Caroling.’ This song, written around 1850, is about carolers, either going from door-to-door or singing on the streets, hoping, as the song refers to, for some beer or money or Christmas cake. A song of good wishes, the traditional version closes with a rather somber “Pray think of us poor children, Who are wandering in the mire,’ which speaks of a less than warm and dry Christmas. 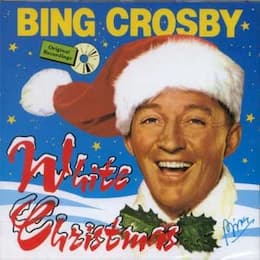 Other secular holiday songs celebrate the snowmen of the season (Frosty, of course), reindeer (Rudolf of the red nose), and then snow itself.

In the movie Holiday Inn, which had special music and dance sections for each holiday of the year, the winter holiday section had the ultimate Christmas song, Irving Berlin’s White Christmas. Sung in Bing Crosby’s inimitable crooning style, the song went on to become a holiday classic. Its sense of quiet optimism, written in the middle of WWII, mixes nostalgia for the Christmases of the past with acknowledgement of the present. Its debut, shortly after Pearl Harbor, took it to the top of all the Billboard charts and the Bing Crosby recording in 1942 remains the world’s best-selling single, with estimates sales above 50 million copies. 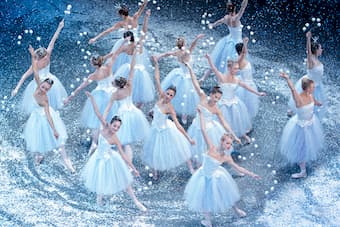 We close with two of the holiday favorites, taken from Tchaikovsky’s holiday ballet that’s become a mainstay of ballet companies the world over: the Dance of the Sugar Plum Fairies and the Waltz of the Flowers. In his fantastic tale of brave nutcrackers, an evil mouse army, and the magical world of the Land of Sweets, Tchaikovsky gave us music that continues to evoke the most beautiful of seasons. 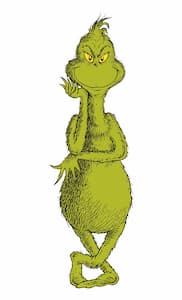 You’re a Mean One, Mr Grinch – How the Grinch Stole Christmas