Features
The Rhythmic Voice in Music
by Rob J Kennedy May 29th, 2020 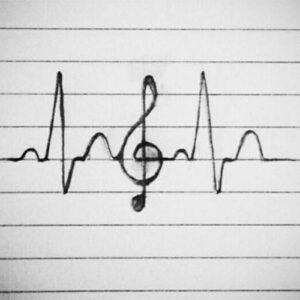 The most profound and moving music has a distinct rhythmic beat that makes the music unforgettable. Think of Carl Orff’s O Fortuna from his cantata Carmina Burana. Beethoven’s Ode to Joy from his Symphony No. 9. And Mars, the bringer of war from The Planets by Gustav Holst. These pieces have a rhythmic movement that stays with you and leaves you deeply moved.

The music from the movie The Piano by Michael Nyman has a rhythm that is instantly recognisable. It transports a listener back to that desolate Karekare Beach in New Zealand where that famous scene of playing the piano in its crate was shot.

The rhythmic voice of Rap music is the greater part of its appeal. The way the lyrics flow in Rap music has seen the genre grow to be one of the most dominant forms of music across the world ever. Rap music is contagious because of its rhyming rhythmic words. There is barely a country that Rap has not won over. It’s not only the voice of African Americans anymore, but Rap also has most of the world’s youth in its trance, and as the Rapper NF, Nathan John Feuerstein shows, it can be a most powerful medium.

Rhythm has shown to be a specific characteristic that is uniquely beneficial for a wide range of learning and medical applications. A “steady, clear beat” can help Parkinson’s patients overcome their characteristic shuffling gait, says The Brain and Mind Institute researcher Jessica Grahn at Western University in Canada.

Music therapy has been used to help patients overcome their medical issues for hundreds of years. The benefits of rhythm on so many aspects of our daily lives is crucial to how we live and survive as humans. But when we are struck down with a medical complaint, Music Helps Patients Return to the Rhythm of Life.

From the way we walk to the way we speak; rhythm plays a vital part in our lives. In an orchestra, but particularly in jazz and rock groups, the rhythm section is mainly the percussion. The drums aren’t just the instrument that pushes us onto dance floors and spins us into a trance, they have the power to help overcome many of our mental and physical problems.

Aaron Copland says in his seminal text, What to listen for in Music, that, “Music has four essential elements: rhythm, melody, harmony and tone colour”. It’s not by mistake that Copland places rhythm first in this list. When you hear his amazing rhythmic creations, you can see why he places rhythm first in his essential elements of music. In his Music for a Great City, the driving dynamic rhythms are the heart of this piece.


As much as music is rhythm, listening to purely rhythmic creations can be a challenge. The French-born composer Edgard Varèse’s Ionisation, is perhaps the most known piece of standalone percussion music in existence. That and the massive percussion work Pleiades by the Greek composer Iannis Xenakis standout for their breathtaking virtuosic rhythms. Anyone who has experienced these live is usually stunned by the way the music leaves them feeling. It’s much more than hypnotic.

The power of rhythm over us seems to go unnoticed by most people. When a dancer hears a rhythmic phrase, they immediately move to it. I see this regularly in my life with a partner who is a dancer and dance teacher. The impulsive dancing that comes when people in the street hear a recurring pulse seems to take over their bodies. To say that dance music is infectious is to understate it by a long way. Public dancing is one of the few things that humans do as a group that puts a smile on everyone’s face. Who would have thought that crossing the street was something to dance about? These happy people did.

Rhythm puts a tingle in our lives, in our fingers and in our feet. As Sammy Davis Jr. sung in the movie Sweet Charity and then made more popular by Diana Ross and the Temptations, the Rhythm of Life is a powerful beat.