In Tune Society
The Power of Music
by Janet Horvath September 11th, 2012 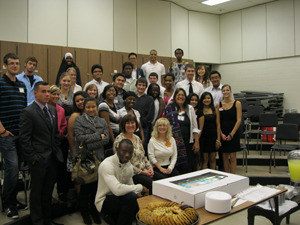 Music has power. Preceding both spoken and written language, the music of every culture reflects their indigenous spirits. Music travelled with the many people who have been displaced and through music they were able to keep their cultures alive. Music is so seminal that dictatorships banned music for its influence on society. Music not only enriches our lives. It deepens empathy and wordlessly bridges cultural barriers unlike any other endeavor. I believe in this power.

As I delved further into my family history, I became painfully aware of the rampant numbers of genocides of the 20th century, which continue today. I have embarked on a new path — to tell my family’s story in an unusual way, through music, pictures and story telling. My intention is to try to teach not only about the Holocaust but also to illustrate the horrific consequences that can result from bullying, intolerance and misunderstandings among cultures.

When one group defines another as the “other”, when classification sucks a community into the “us versus them” vortex, blame leads to a quicksand of dehumanization, humiliation, polarization, and if allowed to fester — organization for persecution and murder.

Trouble started in the 1930’s. Someone had to be blamed for the economic woes and perceived injustices in Germany. The citizens were swept up in the rhetoric and frenzy of a leader who had a plan, who believed that the Ayrian race was supreme. Anyone not fitting his definition defiled the purity of the race.

Hitler and his henchmen began the campaign to rid the country of dissidents and political opponents, the weak and the disabled, gays, Gypsies and Jews, clergy, artists and intellectuals. They were imprisoned at Dachau well before the war began. Dachau became much more than a prison. It became a death camp. 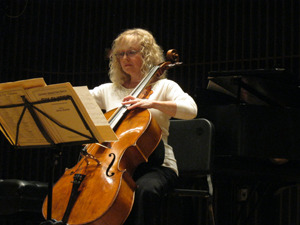 When World War II began, the regime focused on ridding the world of Jews. Laws were enacted. Jews including my parents were stripped of their rights. Jobs were lost and homes were taken away. Jews were not allowed to go to school, nor shop in stores or to be on the street without wearing a yellow Star of David. Soon Jews were herded into ghettos. Deportations to death camps began. Anyone who chose to shield Jews was killed. Few people had the courage to speak up. Governments turned away refugees. There were no safe havens.

The most unspeakable crimes against humanity, defying comprehension, soon began. Millions upon millions were inhumanely slaughtered.

The tragedy of the Holocaust resulted in the establishment of International Law, in the prohibition against human experimentation, and even in the connotation of the word genocide. Sadly ethnic cleansing continues today.

I set out to tell my parent’ s story using music, words and photos. I wrote a 25-minute rhythmic, rhyming poem entitled It’s Not Too Late to Stop the Hate. I describe my parent’s hopes and dreams — exactly what we all aspire to — freedom, shelter, food, friendship, and the health and safety of our loved ones.

Ernest Bloch
From Jewish Life : I Prayer (arranged for cello and orchestra) 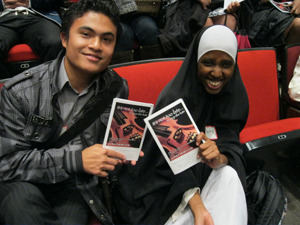 I acquired archival photos, many of which are from the United States Holocaust Museum in Washington. Photos of the Holocaust are combined with photos of current genocides and many family photos. A slide show automatically projects the 175 huge images behind me, matched exactly with what I recite. At five key moments I play my cello. I perform works that are heart-felt, pieces that my dad played, each hailing from a different country such as Bloch’s Prayer and Nana from Suite Populaire Espagnole of Emanuel de Falla.

In my piece I recite, “ We’ve said never, never again and let my people go…but the 20th century is an alphabet of carnage.” I list countries that have experienced genocide during the last century. I list only a fraction covering virtually every letter of the alphabet from A to Z.

The multi-media performance is geared towards all peoples young and old, refugees and citizens and for those of mixed races, religions and creeds. I tested the waters by presenting my piece in several previews in my home over the last year to get feedback from diverse groups.

In October, I premiered It’s Not Too Late to Stop the Hate for a conference entitled Create CommUnity: Courageous Conversations on Race, in Saint Cloud, Minnesota and at Saint Cloud State University for a class on human relations and race.

In May I performed the work in Minneapolis at Temple Israel and at the LEAP high school for refugee students in Saint Paul. The audience consisted of young people from as diverse countries as Burma, Eritrea, Somalia, Sudan, Nepal, Thailand, Cambodia, white and African Americans, Christians, Muslims and Jews.

The dialogue afterward was rich, thought provoking and everything I had hoped for. There were many tears in the audience. Collectively we brainstormed about how we might move forward — reaching out one conversation at a time, reaffirming that each of us can and must take a stand against hate.

Perhaps the cello is particularly suited to reaching into people’s hearts. It is the closest sound to the human voice.

‎”When the power of love overcomes the love of power, the world will know peace.”
– Jimi Hendrix

“Our pens, voices, paintbrushes, pas de deux; our words, our C sharps and B flats, can shoot up far higher than any oil well, can break down self-interest, can reinforce us against moral deterioration. Perhaps, after all, it is the artist who can reconcile the mystic with the rational, and who can continue to reveal the presence of God in the minds of men.”
– Leonard Bernstein

Janet is currently writing a memoir about her parent’s, her generation’s responsibility and her reflections on the power of music.