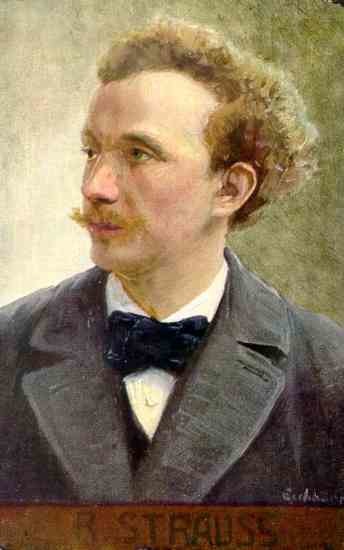 After the rousing financial success of “Der Rosenkavalier”, Richard Strauss and Hugo von Hofmannsthal eagerly sought to continue their artistic collaboration. It seems, however, that they were pulling in slightly different artistic directions. Strauss wanted them to reengage with “Semiramis”, the Calderón drama featuring the legendary sexual orgies of the great Assyrian princess. On the other hand, ever since working on the libretto to “Der Rosenkavalier” Hoffmannsthal had been intrigued by French literature of the 18th century. Of particular interest were the comedies of the greatest dramatist of his time, Jean-Baptiste Poquelin, better known under his stage name Molière. Hoffmannsthal was particularly fascinated by Molière’s five-act comédie-ballet “Le Bourgeois gentilhomme” (The Bourgeois Gentleman), which originally combined the theatrical play with dance, singing and incidental music by Jean-Baptiste Lully. Concurrently he was working on a comedy set in a Bohemian castle, in which the three suitors of the young heiress arrange for an Opera Seria company and a troupe from the Comedia dell’ Arte to visit her castle simultaneously. Hoffmannsthal quickly realized that combining the Molière play with the Bohemian comedy would not only create an entirely new form of “divertissement” but also pool the talents of the dancer Grete Wiesenthal, the theatrical genius of Max Reinhardt, and the music of Richard Strauss. Besides making considerable changes to the original, he quickly produced a new German translation of the Molière text. In addition, he selected the “Ariadne” myth as the subject of the opera. The design was set, as the Molière adaptation would provide the backstage circumstances for the ensuing “Ariadne” opera.

Although Richard Strauss quickly finished the incidental music for ‘Le Bourgeois gentilhomme”, drawing on abandoned sketches for the ballet “Kythere,” he could not come to terms with the contrasting elements of comedy and classical drama. He somewhat dismissively writes to Hoffmannsthal about this theatrical experiment “There must be a few star singing-roles in it since the action as such has no interest…Personally the whole thing doesn’t overwhelm me with interest either.” Hoffmannsthal instantaneously retaliated, “I must say quite plainly your extremely paltry and cool words over the completed “Ariadne” have vexed me somewhat…You may of course have written your letter or read the manuscript when you were not feeling quite up to the mark…So I am not without hope that closer acquaintance will bring home to you the excellence of the text more strongly.” Things came to a head when Strauss changed some of the text and engaged his friend and legal adviser Willy Levin to safeguard his intellectual property. Hoffmannsthal immediately reacted by reading the whole libretto to a gathering of “by no means erudite people — my wife, a dancer, a young painter, a countess — all of whom, it would seem, understood every inner meaning instantly.” Their quarrels also continued, in part, because the original concept had called for a 30-minute opera for small chamber orchestra. However, Strauss continued to expand his musical score, which included the interpolated coloratura aria for “Zerbinetta”, and his orchestra soon grew to thirty-seven players. As a result, the intended performance venue — Max Reinhardt’s Kleines Deutsches Theater in Berlin — could logistically not cope with the musical demands. In the end, the honor fell on the Hoftheater in Stuttgart and the first performance took place on 25 October 1912. Reinhardt skillfully managed the integration of theater and opera, with his Berlin Company performing the Molière comedy. Strauss conducted the opera, and the Czech soprano Maria Jeritza, who was engaged on rather short notice, established her international career of one of the greatest Straussian sopranos in the role of “Zerbinetta.”

This rather unusual combination of spoken theater and opera did not fare well. Strauss probably explained it best when he wrote in later years, “the play-going public had no wish to listen to opera and vice versa. The proper cultural soil for this pretty hybrid was lacking.” In addition, practical considerations — it is, after all a rather costly adventure as a double cast of actors and singers has to be engaged — have conspired against this attempt to fuse the worlds of music and spoken theater. In 1913 Hofmannsthal suggested a thorough revision, replacing Molière’s play with a “Prologue,” essentially creating an opera within an opera that highlighted the competition between high and low Art. The revised version was first performed in Vienna, on 4 October 1916, and is normally staged today. A third version — the theatrical play with Strauss’s incidental music, but without the opera — has entirely disappeared from the stage. In the end, Strauss always had faith in the original version, and suggested that, “it is so attractive in form and content that I cannot believe that a more cultured public than exists today will not sometime appreciate its value more fully.” One hundred years after the disastrous Stuttgart premiere, the 2012 Salzburg Festival returns us to the original “Ariadne.” Although it remains highly doubtful that the 21st Century has provided the “proper culture soil” or educated “a more cultured public,” we cannot but marvel at this extraordinary creative and artistic synergy that in one form or another was to greatly influence the emerging motion picture genre.