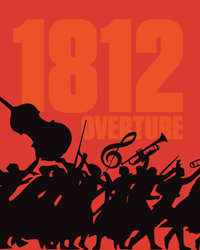 The reason there is so little discussion around the philosophy in music is due to music being a non-verbal medium. Instrumental music is abstract because it does not use words to say what it means. However, there are many papers, articles and books on the philosophy of music, but that’s not what I’m talking about in this series.

Few people are going to agree on what one piece of music is saying because it says different things to different people. But does it? Some composers add direct philosophical ideas into their works, this idea is what I’m going to try to flesh out in this three-part series.

Previously, I wrote in The Philosophy in Music, as Part I of this series, an overview of how music affects me philosophically without offering direct examples of the philosophy in music. The examples I give in this series will be open for debate on their philosophical content, because that is how conclusions are drawn, through presenting arguments and finding a happy medium, or not.

To begin, if I was to play you one note, would that one note be able to say something to you? The word love will mean something to you. It may not mean the same thing to different people, but at least it means something. The word love might have more philosophical and emotional meaning than a whole book can contain. It would be rare if one note of music could hold the same meaning.

If I was to string notes together and introduce rhythm to them, those notes would probably begin to take on some meaning. But, what is that meaning? Without a context for those notes, your brain supplies the meaning through your experiences. The context comes through how you connect other music to your emotional reflection on that music. Think of it this way, for a lot of westerners, when they hear organ music, they might relate that music to being in a church and the emotional and spiritual connections that comes with it.

It’s the context you fit around music that allows it to speak a philosophical statement to you. But remove that context, then what is it saying?

In a previous article, which I wrote, Is there a language in music? I asked, ‘Does Tchaikovsky’s 1812 Overture sound like a piece of victory music?’ I also asked, ‘Why couldn’t it have been written to celebrate a new Tsar, or the naming of a new country? Why not even a world cup victory?’ My answer was if you remove the textual context around the music it could mean any of those things.

What this means is that the 1812 Overture could be saying a lot of things, but it’s not. It’s saying what Tchaikovsky meant it to say. But what about a string quartet? What could it be saying? This is where the philosophy in music comes in. More to the point, this is where your philosophy comes in. 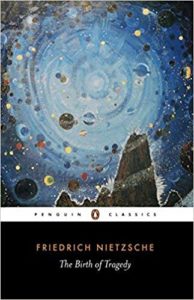 If you look at a building designed with a classical influence, it is representing the ideals of classicism. According to Wikipedia, when viewing classic architecture you will see an “emphasis on form, simplicity, proportion, clarity of structure, perfection, restrained emotion, as well as explicit appeal to the intellect.” The philosophy of classicism usually talks about the ideals of an ancient time.

The form of Bartok’s six string quartets are influenced by classical models. I believe his First String Quartet to have the most classical influence. Was Bartok giving a nod to the music and ethics of the classical period, it appears he was, especially to Beethoven. Given that Bartok applied his unique stylistic compositional techniques to his quartets, this is open to interpretation, or in other words, your philosophical view.

The depths of the philosophical profundity in Beethoven’s string quartets are almost universally said to be, especially the late quartets, some of the most insightful music ever written. Beethoven’s quartets moved through various fashions and styles until he finally added something unique. His last four quartets probably have more words written about them than all his other quartets together.

Some music, like Beethoven’s Great Fuge, is perhaps, beyond any known philosophy. The complexity in these quartets does not allow me to connect any of my emotions to the music. I hear them as a multifaceted conversation of ideas happening at the same time. They may mean something specific to you because you have applied your own philosophical ideals to them; that is normal for music.

Music speaks to our emotion and our philosophies, but sometimes music is directly linked to philosophical ideals. Such as the music of Wagner and its connection to certain ideals in the philosophy of Friedrich Nietzsche. And the American composer Charles Ives and his work The Unanswered Question, which is about the ongoing enquiry into existence.

There is also the reverse enquiry of how music has enriched philosophical concepts. Nietzsche’s The Birth of Tragedy from the Spirit of Music, which talks about how music is the Dionysian essence of life as the tragic art form, this is a key text about ideas in the philosophy of music. We will explore these and more in The Philosophy in Music in part III of this series next week.