Do you dream about music? I do. I hear music in my sleep. Sometimes it wakes me, and I get up to write it down.

There has been quite a bit written about exposing babies in the womb to classical music. There are some that say this can even make smarter babies; it’s called the “Mozart Effect”. But as they say, the judges are out on whether this exposure does anything at all, even to their memories.

However music comes to you, and at what age, it doesn’t seem to make a difference to the music that you love. If it’s pop songs, I bet you can remember every word of the lyrics of your favourite song and you can probably hum or even sing it. Such is the power of the memory of music.

One of the reasons why we can remember some music so well is because of the constant repetitious playing of certain pieces. No matter where you go in the world, if you attend a concert hall in any country, it won’t be long before you hear a piece of classical music that you know very well. 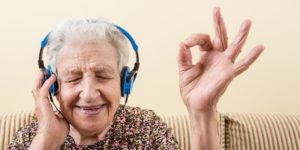 It is no wonder that the memory of music is strong in many of us. According to OperaBase, over the 2015-2016 period, the most performed opera in the world was La Traviata by Verdi. It was staged 4190 times. I wonder how much that cost? With poor old Mozart coming in second with his The Magic Flute only being performed 3310 times. Not bad for a 230-year-old.

The memory of music can be the most poignant and moving experience you will ever feel in your life. I wrote a piece of music for my father when he died in 2001. Every time I play it on the piano, it moves me to tears.

Some music memories can bring back the most joyous and tender feelings. When I was much younger, I had the luck to be going out with someone who in every way, was the most beautiful woman in the world. At least I thought so. This was back in the early 1980s when discos were still all the rage. I remember dancing with my glorious partner to a song titled Heat of the Moment, by the supergroup called Asia. While not a disco hit, we both loved it. When I very occasionally hear that song on an oldies radio station it stops me in my tracks. I can clearly remember us dancing to it. We were the only two on the dance floor.

Australian composer and radio broadcaster Andrew Ford who has been leading The Music Show for almost 25 years has a book titled The Memory of Music. In it, he talks about his memory of music and how the music he grew up with has gone on to change not only his world but the whole world. He loved the Beatles and classical music as a young man.

The one thing with music is that it does not discriminate. The memory of classical music, pop, electronic and even heavy metal music can have the same power over you and instil in you the memory of love, death and everything in between. Music is one of the greatest triggers for memory association.

The good people from Psychology Today have asked, Why Do the Songs from Your Past Evoke Such Vivid Memories? Flashbacks, people and places all come back to you in an instant upon hearing a particular piece of music. And you remember it as clear as like you were just listening to it, even though you may not have heard that piece of music for many years.

Much more investigation is going on in how the memory of music can trigger that youthful light in the mind and eyes of people who have Alzheimer’s disease. When a person with dementia or Alzheimer’s disease, who look like they can barely move or talk hears a piece of music they knew in their youth, they are brought back to life. The music that is trapped in their brains is just as strong and bright as it is with you or me.

I always say that if you have music, you have a friend. Perhaps that’s the reason why music sticks in our minds and lingers in our unconsciousness for all our lives. Music is and can be our closest friend.