Blog
The High Art of the High Voice
Lakmé: The Bell Song and Faust: The Jewel Song
by Maureen Buja September 18th, 2022

At the beginning of Act II of Delibes’ tale of forbidden love in British India, our heroine Lakmé sings a highly virtuosic aria, ‘Où va le jeune Indoue,’ which carries the informal title of The Bell Song. Lakmé produces one of the great soprano coloratura arias and in the right voice, it’s magical. 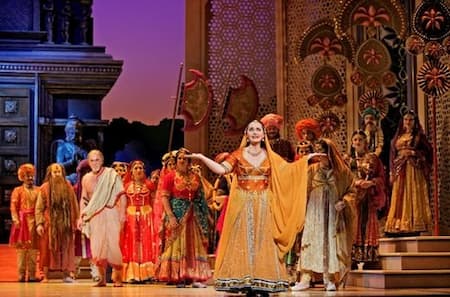 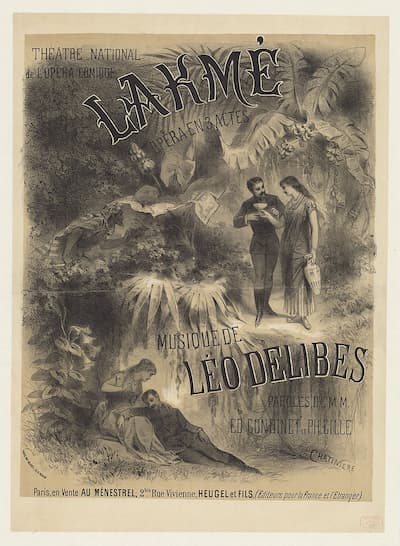 Poster for the première of Lakmé

In this 8-minute work, the soprano is called on to imitate the crystal sound of the bells of the temple, doubled by the bells in the orchestra. In addition, holding a note with vibrato offers another challenge, as well the various solo sections where the singer is alone without the orchestra. 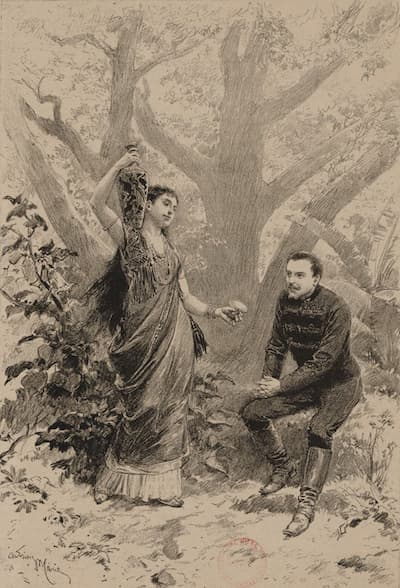 In the opera, the song is used to lure out a trespasser. Lakmé has fallen in love with Gérald. Her father, misunderstanding their love, thinks the English officer has affronted his daughter. He forces her to sing The Bell Song to bring out Gérald in the marketplace and when he appears, Lakmé’s father stabs him, though not fatally.

In Gounod’s Faust, as part of the planned seduction of Marguerite, Méphistophélès leaves jewels on her doorstep in the name of Faust. In her song Ah, je ris de me voir si belle (I laugh to see), Marguerite describes how, in looking at herself adorned in the earrings, she sees how they enhance her beauty: she is the daughter of the king! 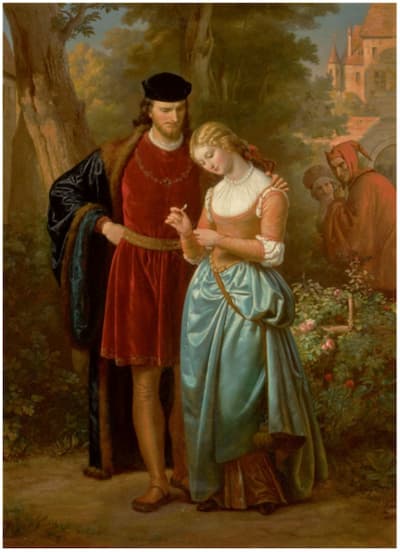 Eugen von Blaas: Faust and Marguerite in the Garden


Marguerite’s song is a beautiful Second Empire waltz, with a touch of the triangle to add sparkle to the melody. The role of Marguerite is difficult because of the range as emotions needed: starting as the young innocent, as in the Jewel Song, and then Faust’s lover, then a fervent churchgoer, the tragically abandoned lover, and, as in the case in too many operas, ends as the mad victim of Faust. One commentator in the 1970s said that only 4 sopranos could cover that range of emotion credibly: Lili Lehmann, Rosa Ponselle, Maria Callas and Montserrat Caballé. 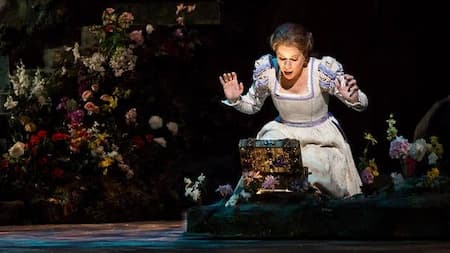 
The range of the part requires a lyric coloratura soprano, and Gounod’s writing is perfect for showing off that voice. 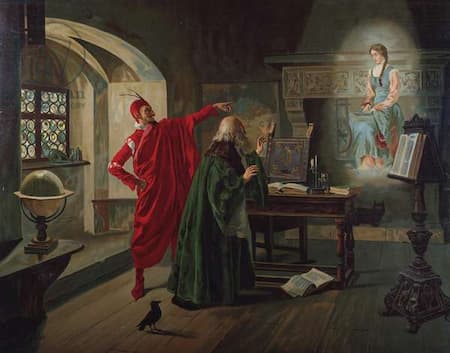 The known difficulties of The Jewel Song made it perfect for parody. In the bande dessinée series TinTin, the cartoonist Hergé created the opera diva Bianca Castafiore, aka The Milanese Nightingale. Her first appearance in 1939 was changed in the 1950s to be more like Maria Callas. She’s characterized as being ‘narcissistic, whimsical, absent-minded, and talkative, and seems unaware that her voice is shrill and appallingly loud’. In various scenes in TinTin, her voice is enough to shatter glass, blow back the curtains on an opera box, and even to part Captain Haddock’s hair. The only song she is shown singing is The Jewel Song.

At each appearance, she becomes younger and younger. So do many opera singers….

These bells and jewels for the soprano have maintained their places in the repertoire, even when their source operas left the repertoire for a few decades. Enjoy the high art – the art of the high voice.