Features
On the Occasion of the Death of Montserrat Caballé – Spanish Singing School
by Philip Eisenbeiss September 29th, 2018

The 1970s were not short of operatic talent. The Met and Covent Garden regularly boasted extraordinary singers such as Luciano Pavarotti, Carlo Bergonzi, Renata Scotto; even Birgit Nilsson was still active. But then Spain exported a string of singers of such astounding quality, they soon came to dominate the headlines.

Montserrat Caballé (born 1933 and died October 6, 2018) might have been the most extraordinary of these exports. Working as an ensemble member of the decidedly second tier Basle (Switzerland) municipal theatre from 1957-1959, the Catalan soprano only broke out in 1965, when she was called on short notice to replace the indisposed Marilyn Horne at Carnegie Hall in Donizetti’s Lucrezia Borgia.

The young singer stunned the world with one of the most extraordinary instruments ever heard. Her distinctively full-bodied and lush voice soared or floated, thrusted or whispered, attacked or disappeared and melted away with an unmistakeably warm timbre. Her phrasing was unforgettable, though her diction remained stubbornly unintelligible. She delivered unsurpassed paper-thin pianissimi, often accompanied by an emphatic movement of her fingers as if she were gently letting the notes fly free. And she boasted an unsurpassed length of breath.

Her Preghiera, the famous prayer scene in Donizetti’s Maria Stuarda must hold the YouTube record for longest held note in this opera ever. She was also one of the fewest sopranos to fearlessly take the last two stanzas of Adriana Lecouvreur’s “Io sono l’umile ancello” in one comfortable breath (neither Callas nor Tebaldi did this). She also explored less popular roles, especially from the bel canto repertory. 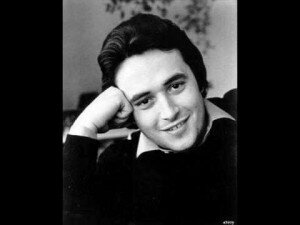 Caballé also launched another of the great Spanish stars, the tenor José Carreras. After modest beginnings, Carreras was discovered by Caballé in 1970. She cast him opposite her in Lucrezia Borgia (again, that Donizetti opera!) and brought him to London. With her brother acting as Carreras’ manager, the Catalan tenor was singing principal roles at the Met and La Scala by 1974. Caballé faithfully promoted the youthful tenor until he stood on his own two feet, gaining rip-roaring success from the mid-70s onward.

Caballé and Carreras in Adriana Lecouvreur

Carreras, whose career was tragically cut short by leukemia in 1987, possessed one of the most elegant, richest and heart-wrenching voices of his generation. Not as comfortable as a victorious or triumphant hero, his timbre and temperament were that of the suffering tenor, the romantic victim, the lovelorn and doomed suitor. A voice that was impossibly sweet, dangerously vulnerable, yet powerfully assured and versatile, he delivered some of the most noteworthy verismo roles, frequently starring with Caballé. After his successful though debilitating medical treatment he returned to the stage, demonstrating not just artistic dedication but an unbending love for life. 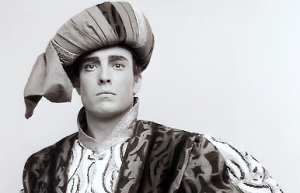 Even before Carreras, though without any direct line to Caballé though they would frequently perform together, the tenor Giacomo Aragall had made a name for himself. In 1978, the young Carreras even spoke of his Catalan colleague as one of the top three tenors, alongside Luciano Pavarotti and Placido Domingo. Aragall possessed a solid, beautiful lyrical tenor, but in spite of a strong stage presence he lacked the X-factor that could have made him a household word. 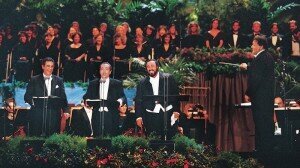 And it would be his Spanish colleagues Carreras and Domingo who would join Pavarotti to create the global media sensation that was the Three Tenors. Madrid-born Domingo still regularly sings today at the (mildly contested) age of 76, albeit as a baritone, and remains without doubt the biggest name in opera altogether. He launched the hugely influential opera competition Operalia which has served as the launchpad for countless singers.

Any list of great Spanish singers must include the near legendary Teresa Berganza. Born in Madrid in 1935, the mezzo-soprano had a remarkably smooth start to her career. Only a few years out of conservatory in Madrid she was cast in Festival Aix-en-Provence in 1957 as Dorabella in Così Fan Tutte and sang at La Scala that same year. All major opera houses opened their doors to the statuesque singer with the agile voice that handled Mozart and Rossini as adroitly as she could tackle a Carmen. She was also cast in Joseph Losey’s ground-breaking 1979 film on Mozart’s Don Giovanni.

For three decades these – as well as other – Spanish stars stepped to the front of the line of global operatic talent. They shone, they sparkled and they gracefully stepped aside with a minimum of drama. None of them had the famously operatic hissy fits, none were known for their drama or diva antics. Though Caballé in particular had a reputation for cancelling, all were known as supportive and professional colleagues who enriched not only their times, but also cast a considerate eye on the next generation with master classes, voice competitions and an unmitigated love for the art form.

Caballé’s death at the age of 85 is the most fitting moment to reflect upon not only her astounding career, but also her enormous contribution to the grand tradition of great Spanish opera singers.