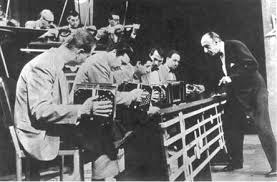 When Astor Piazzolla went to Paris to study with Nadia Boulanger, he was embarrassed by his non-classical music past, and that he played tango music with a bandoneón in a cabaret at night. No matter how hard he tried to hide, it was soon found out. Piazzolla recalled this moment in his memoire:

“She (Nadia Boulanger) kept asking: “You say that you are not pianist. What instrument do you play, then?” And I didn’t want to tell her that I was a bandoneón player, because I thought, “Then she will throw me from the fourth floor.” Finally, I confessed and she asked me to play some bars of a tango of my own. She suddenly opened her eyes, took my hand and told me: “You idiot, that’s Piazzolla!” And I took all the music I composed, ten years of my life, and sent it to hell in two seconds…”- Astor Piazzolla: A Memoire

It was from that moment, ‘Piazzolla’ was born. In 1955, Piazzolla set up an orchestra in Buenos Aires; it marked the beginning of a new era in the history of tango music – Tango Neuvo. Libertango, Oblivion, Four Seasons in Buenos Aires, are well known pieces written by Piazzolla. However, how much do we know about tango music before Piazzolla? What does a piece of traditional tango music sound like? Was there any significant musician who might have been the inspiration for Piazzolla? What is the ‘A-B-C’ in tango music? From this article onwards, we are going onto a musical journey to Argentina to explore the most sensual type of dance and music: Tango. 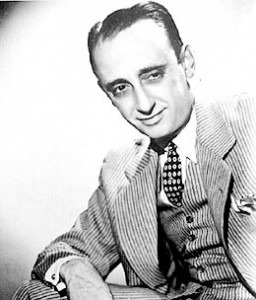 In classical music, historians divided it into four prominent periods: Baroque, Classical, Romantic and 20th century (perhaps 21st century too). Likewise, it is generally agreed that the years between 1935 to 1952 is regarded as the Golden Age of tango music, mainly because of many influential orchestras and the rich variety of music they produced. In a milonga (tango party), three types of music are played by tango DJ: tango, milonga and vals. We will further discover the distinction between the three in future article. What you should know about this Golden Age is the ‘big four’: orchestras of Juan D’Arienzo, Anibal Troilo, Carlos Di Sarli and Osvaldo Pugliese. Who were they?

Let’s start with Juan D’Arienzo. Although he stormed the tango world in Argentina, he was son of Italian immigrants. He is easy to remember because of his nickname, ‘The King of the Beat’ (El Rey del Compás). It was he who prepared the cradle of the Golden Decade of the 1940s; it was he who got the entire population to its feet; it was he who influenced many orchestras after him. Instead of focusing on the melody, D’Arienzo emphasized on the beat, making it strong, staccato and clear. As a tango dancer, in my opinion, I do find that male dancers (leaders) like D’Arienzo’s music as they can lead the walk better when the beats are easily heard. Perhaps it can be seen as music for the mass; and perhaps it was the reason why D’Arienzo had the magical power to change people from tango listeners to tango dancers.

The exploration on the ‘big four’ will continue in the next few articles, but now, let’s indulge in D’Arienzo’s music, Humillación, with two of my favourite dancers, the golden couple – Geraldine Rojas and Javier Rodriguez painting the music with their foot. Pay attention to the strong beat and the crisp interlude on the piano!