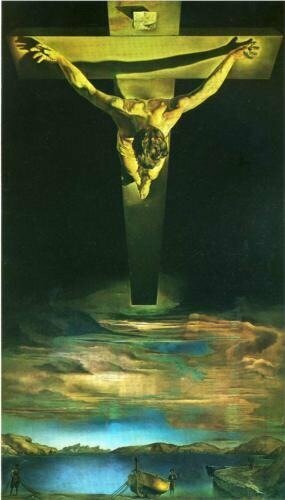 Dali : Christ of Saint John of the Cross
Credit: http://www.wikiart.org/

The image of Jesus on the cross has inspired artists of many kinds for centuries. There are of course many striking paintings of the scene by artists from Veláquez’s Cristo crucificado to Salvador Dali’s Christ of Saint John of the Cross, and musical settings of Jesus’ final moments in Bach’s Passion. Perhaps one of the most significant works inspired by the image is the 13th century hymn Stabat mater dolorosa. A meditation on the suffering of Mary during Jesus’ crucifixion, the poem’s twenty stanzas are full of mourning and almost visceral imagery, such as in the eleventh stanza:


With such a combination, it is not surprising that the Stabat Mater has proved a major inspiration for composers. The text enjoyed frequent settings during the Renaissance and Baroque eras by composers like Josquin des Prez, Palestrina, Vivaldi and Pergolesi. Many of these settings were for a full choir, but some of them, like Vivaldi’s and Pergolesi’s, used a solo voice (in Pergolesi’s setting, two of them) to heighten the personal nature of the text. Stabat Maters by Romantic composers are scarce; the only settings regularly performed today are large works for soloists, chorus and orchestra by Dvorak, whose opening rising octaves suggests Mary’s eyes gazing up at the cross, and Rossini. More recently, the hymn’s searing imagery has provided fruitful material for 20th century composers, such as Francis Poulenc and Karol Szymanowski, and 21st century composers such as Arvo Pärt and Giles Swayne.

The Genesis Foundation, in association with British choir The Sixteen, have committed to the continuity of this tradition by commissioning new settings of the Stabat Mater from composers Alissa Firsova, Tõnu Kõrvits and Matthew Martin. The three composers come from excitingly different backgrounds. Martin has a background in church music, including work at Magdelen College, Oxford, Westminster Cathedral and the London Oratory, and is regularly commissioned by choirs in the UK. Kõrvits, from Estonia, has inherited the tradition of fellow Estonians Arvo Pärt and Veljo Tormis and writes music for a wide range of ensembles. Firsova is a remarkably versatile musician who sustains an international career as composer, conductor and pianist, and has recently written works for Imogen Cooper, the Dante Quartet and the Royal Philharmonic Orchestra. 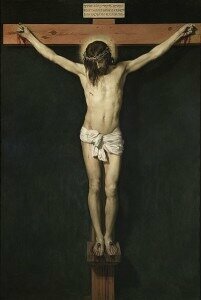 It is of course difficult to predict whether any new work will ‘live’ after its premiere, but having The Sixteen as advocates should these composers no harm at all. The new pieces are also to form a central part of The Sixteen’s education work, and have been workshopped by the ensemble’s youth choir, Genesis Sixteen. Harry Christophers has also created a fitting programme for the premieres – rather than a daunting concert entirely of new music, the new works will be framed by music by Byrd and recitations of poems from William Blake’s Songs of Innocence and Experience. A short preview film contains tantalizing excerpts from the new works; these may be three major additions to the already rich catalogue of settings of this powerful text.

New settings of the Stabat Mater by Alissa Firsova, Tõnu Kõrvits and Matthew Martin will receive their world premiere performances at LSO St Luke’s on Wednesday 4 June in a free lunchtime concert given by The Sixteen, conducted by Harry Christophers. The programme will be repeated later that day at an evening concert at the Victoria and Albert Museum.