Artists Behind the scenes
The Sorrows of Angelica Catalani
by Georg Predota October 27th, 2018 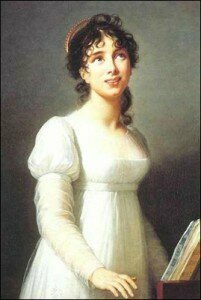 For almost 3 decades, Angelica Catalani (1780-1849) commanded the operatic stages of Europe. Her powerful soprano voice nearly covered three octaves in range, and it has been suggested “no singer ever surpassed her in chromatic scales, whether in velocity or precision.” Raised in a convent near Rome, she secured her first engagement at La Fenice in Venice at age 16, and she soon took Milan, Florence, Trieste, Rome and Naples by storm. Even the Prince Regent of Portugal engaged Catalani, and for the 1806/07 Season she was hired at the King’s Theatre in London. 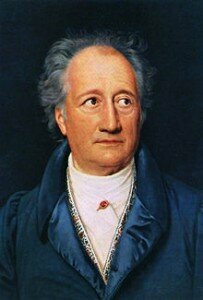 Lord Mount-Edgcumbe reports, “the great, the far-famed Catalani… is well known for her voice of the most uncommon quality, capable of exertions almost supernatural. Her throat seems with a power of expansion and muscular motion by no means usual, and when she throws out all her voice to the utmost, it has a volume and strength that are quite surprising; while its agility in divisions, running up and down the scale in semi-tones, and its compass in jumping over two octaves at once, are equally astonishing.” And to top it all off, she was considered an Italian beauty, “with large eyes, a sensitive elegant nose and a lively expression.” 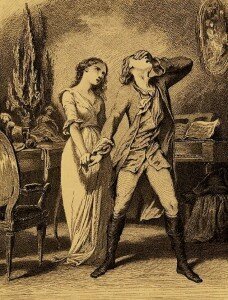 The Sorrows of Young Werther

One of the greatest bravura singers of all times, it is said that Catalani “never lost her simplicity and purity of manners.” Entirely focused on her musical career, she was not well versed in literature or any of the other arts. In combination with a rather excitable temperament and a vivacious and talkative nature, this could on occasion lead to somewhat embarrassing situations. According to one anecdote, when Catalani visited Weimar she was seated next to Goethe at a court dinner. She had never heard of Goethe or read any of his works before, but since everybody seemed to pay much attention to him, she loudly enquired who that gentleman on her side might be. “He is the celebrated Goethe,” she was informed, to which she replied, “Oh, so he is! And what instrument does he play?” Catalani was then told that Goethe was not a musician but the celebrated author of Werther. “Now, I remember,” Catalani replied, and when she turned to Goethe she said, “Ah, sir, what an admirer I am of Werther,” to which the poet bowed low in acknowledgement of the compliment. “I have never,” she continued, “read anything half as laughable in all my life. What a farce it is to be sure!” Goethe was predictably stunned, but Catalani continued, “there never was anything so exquisitely ridiculous.” We don’t know how this conversation ended, but it was later revealed that Catalani had once seen a theatrical parody, which had mercilessly ridiculed the original novel.” To be sure, unlike one of her favorite roles as “Elfrida” in the opera by the same name by Paisiello, Catalani did not commit suicide over the Goethe affair.