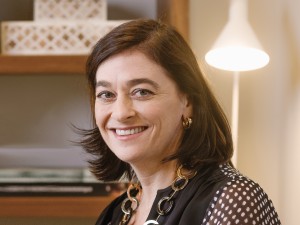 Hardly a month goes by without yet another international music festival rolling down the shutters and closing its doors forever. Festival d’Ile-de-France, City of London Festival or Lugano, the message is always the same. “Despite new directions and initiatives, the fundraising landscape has become ever more competitive, and it has become increasingly difficult to attract the level of funding required.” Against such gloomy and fatalist attitudes, it is definitely a bright ray of light that Premiere Performances Hong Kong has been going strong for 10 years!

Mind you, Hong Kong is not the most hospitable place when it comes to classical music, so how has this organization been able to survive when festivals in geographical areas with long and established traditions of classical music are falling by the wayside?

Much of its success can be attributed to Andrea Fessler, the founder and executive director of PPHK. For Fessler, “PPHK has always sought to make a contribution to the cultural life of Hong Kong by developing an audience for chamber music.” On one hand, it has done so by bringing internationally celebrated artists and the world’s brightest rising stars to Hong Kong. In addition, and just as importantly, it has brought a chamber music initiative—everything ranging from live performances, teacher training and specialty workshops—to schools across Hong Kong. However, the real reason for the success of PPHK might be located in its unapologetic attitude towards 2000 years of Western Classical music. Instead of half-baked and overhyped dog and pony shows that variously litter the performing and public relations battlegrounds, PPHK consistently brings audiences high-quality programs and performances that celebrate the sounding documents of this venerable tradition in a local context.

In the current maelstrom of glitzy postmodernity, classical music faces a number of significant challenges. Yet in respect to culture—rather than mere crowd entertainment and special interest pleading—it might be worth remembering that the few have always led the way! And this particular message has, over the last decade, found the support it so richly deserves. Happy anniversary PPHK, and let’s hope for many more years of glorious chamber music to come!