Composers Inspiration
Some Other Nutcrackers
by Maureen Buja December 22nd, 2021 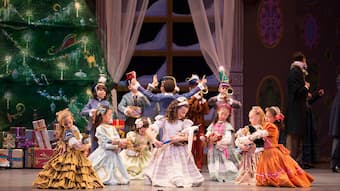 You can hear it one too many times. It’s the season for every ballet company to line up all their children dancers, get their prima ballerinas primed and put on their annual edition of The Nutcracker. It serves as the annual fundraiser, it’s familiar music, and all those parents come to see their little darlings on stage. 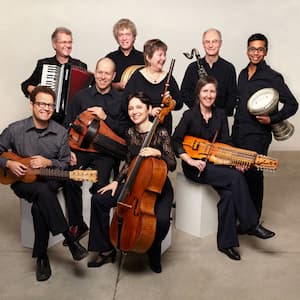 The Toronto-based Ensemble Polaris took on Tchaikovsky’s music and gave it a twist. Adding in ‘influences ranging from traditional Scandinavian, bluegrass, Roma and Klezmer to Chinese classical and The Nightmare Before Christmas, and juxtaposed with instrumentals and songs from Russian folk tradition,’ the results are like nothing you’ve heard before. Probably for good reason.

They open with Trepak, which normally is the Russian character dance from the 2nd act. However, Polaris combine with ideas from the overture and a wholly un-Russian banjo sound.


The ensemble takes the Waltz of the Flowers and moves it to the skating rink at the University of Saskatchewan – the orchestra is transformed into one based around an accordion and the graceful dancers en pointe are transformed into not-so-graceful novice skaters.


The Chinese Dance, one of the character dances in the second act, here is transformed with the addition of real Chinese music and some unusual instruments. 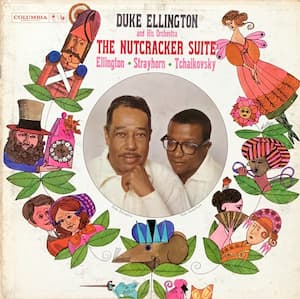 It’s an interesting take on music that is so familiar and, in this new context and with the international additions.

Another interesting take on The Nutcracker was the jazz version created by Duke Ellington and Billy Strayhorn for the Ellington Band.

They wrote the work in 1960 and it was immediately popular, an unusual fate for cross-over works between jazz and classical. As a kind of double-cross back, the Ellington-Strayhorn arrangement has also been made back into a ballet, The Harlem Nutcracker. One writer made the point that Ellington and Strayhorn wrote music to be danced to and dance is at the core of their version. 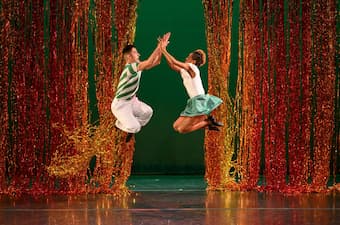 The titles that Ellington and Strayhorn used in their version poke gentle fun at the sugary-sweetness of our concept of the Nutcracker, including Toot Toot Tootie Toot (Dance of the Reed-Pipes) and Sugar Rum Cherry (“Dance of the Sugar Plum Fairy). The Chinese Dance is turned into Chinoiseries.


The Waltz of the Flowers is turned into the Dance of the Floreadores, who sound more like dancers on a vaudeville stage than on a ballet program. Ellington famously said in the original LP notes that whatever ‘Floreadores’ were, they didn’t like waltzes, hence he made Tchaikovsky’s flowers dance in a vigorous 4/4.


These aren’t the only twists on Tchaikovsky’s original – other versions used by ballet companies include HipHop Nutcrackers, Rock Nutcrackers, Nutcrackers that use local traditional theatrical characters, Nutcrackers that take out the character dances and substitute dances by ornaments for the Christmas tree, and so on. So, whether you like the traditional one, the 1954 one by Balanchine, Baryshnikov’s 1977 version, or want any other version, there’s a Nutcracker out there for you. Support your local ballet and your local orchestra!