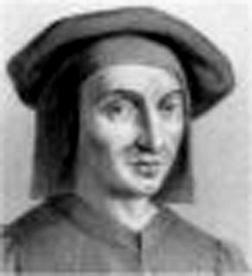 The immediate consequence of a rather messy political game of conspiracy and intrigue involving his own mother saw Charles V ascend to the throne of both Castile and Aragon in 1516. Once his paternal grandfather Maximilian died in 1519, Charles V also inherited the Habsburg lands of Austria, and eventually went on to be crowned Holy Roman Emperor. In order to strengthen his political position on the Iberian Peninsula, Charles V married Isabella of Portugal in 1525. Isabella was not only extremely intelligent and highly educated; she also was exceedingly bored with matters of church and state. As such, she quickly began to organize and shape the cultural and musical environment at the court, which included the establishment of a royal chapel. For the position of organist at the chapel, Isabella appointed Antonio de Cabezón, the most prominent Iberian keyboard performer and composer of his time. 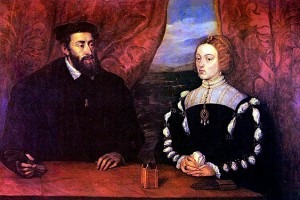 Born in 1510, Cabezón originally hailed from Castrillo Matajudíos, a municipality located near the city of Burgos, in the north of Spain. His family owned large tracts of fertile lands, and they had been part of the nobility for decades. For Antonio, however, life began slightly less auspicious, as a severe infection permanently robbed him of his eyesight at a very early age. None withstanding his disability, Antonio quickly displayed a high degree of musical aptitude and received his early musical education at Palencia Cathedral, under the guidance of organist García de Baeza. Excelling in the art of improvisation, he soon became one of the most sought after performers. In addition, his early compositions were already renowned for their remarkably advanced sense of musical language, technical difficulty and sensitive modes of expression. It is therefore hardly surprising that Isabella employed Cabezón in 1526 and put him in charge of clavichord and organ performances. His duties also included the composition of liturgical organ music — exemplified by nine surviving sets of Kyrie verses for the organ — and 32 hymns and three collections of versets for the psalms and magnificats that were part of the Daily Offices. However, Cabezón was also called upon to compose music for secular occasions, which included a variety of intabulations based on secular and sacred models by Josquin des Prez and Orlando Lassus, and most significantly, nine sets of variations. Since contemporary listeners already knew the original melody, these sets always begin with the first variation. Employing a wide range of variation techniques, individual variations are connected by freely improvised passages. Scholars have suggested that Cabezón’s creations are one of the earliest high points of the genre, as representatively seen in his “Guárdame las vacas” (Come, let us watch the cows).


Through his employment at the court, Antonio met a variety of influential performers, composers and theorists. However, he also met Luisa Nuñez de Mocos, daughter of a well-to-do merchant family from Ávila. Nothing is known about Luisa, except the fact that Antonio — now in his mid-30ties — fell passionately in love. Apparently the feeling was mutual, and the couple was quickly married. In quick succession, the union produced 5 children. With Luisa taking care of the children, Antonio continued to serve the royal family and composed 29 improvisational keyboard pieces entitled “Tientos”, which anticipate Baroque melodic conventions. When Isabella died in 1539, Cabezón was appointed music teacher to her children, Prince Felipe and his sisters Maria and Joan. And when Prince Felipe became Regent of Spain, Cabezón accompanied his employer on assorted journeys throughout Europe, which included visits to Milan, Naples, Germany and the Netherlands, and on the occasion of Felipe’s marriage to Mary Tudor, a trip to London between July 1554 and August 1555. Undoubtedly, he influenced a variety of composers throughout Europe, most notably Thomas Tallis and William Byrd, who composed their variation sets based on the models practiced by the Iberian master. Upon retirement, Antonio and Louisa returned to Ávila, and the composer peacefully passed away in 1566. Much of Cabezón’s music has been lost, however, some 275 pieces survive in a collection compiled by his son Hernando de Cabezón — himself an accomplished composer.