When considering the song repertoire of Gabriel Fauré (1845-1924), tenor Cyrille Dubois and pianist Tristan Raës couldn’t choose which works to do, so they decided to record them in their entirety. Not just the famous songs, but everything Fauré had created in his 60 years of composing art song. Over 100 melodies, from his student days to his last decade, are here. It’s a beautiful and delightful recording that explores the repertoire of a consummate master of the art song by two modern masters themselves. 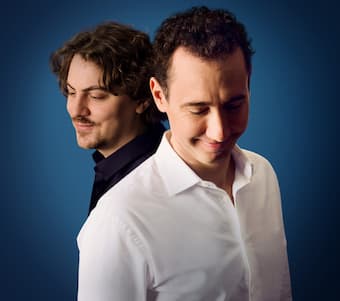 Having made that choice, the performers decided to address the question of the mustiness of the repertoire. The art song, in the Romantic and later sense, could be considered too passé to bother with in the 21st century. Dubois and Raës, however, believed that there was something important in applying modern thought to this extensive repertoire. Just as Fauré had changed over time, so has song interpretation. These may be old texts but the feelings in them and Fauré’s setting of them remains modern. In his performance, some elements that might have been viewed as traditional have been dropped, such as extensive use of rolled ‘r’s. In their recording, the singer and pianist were also very sensitive to dynamics – they can range from a murmur to a shout. Dubois recorded the songs very close to the microphone so that he could best convey the fragility of the text and its musical setting. The power isn’t always the point – sometimes it’s the whisper in your ear that conveys the meaning. 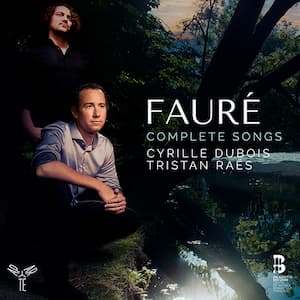 When Fauré started as a song composer in 1861, his choice of texts came from the French classics his teachers would have used: Victor Hugo, Théophile Gautier, and Leconte de Lisle, but by 1870, he was investigating more modern poets such as Charles Baudelaire. This may have a clue to Fauré’s own affinity for poetry. Baudelaire was recognized as a master in the handling of rhyme and rhythm, and Fauré responded to this in his music. Other poets Fauré set included texts by writers who were still alive and producing, such as Sully Prudhomme, Paul de Choudens, and Paul Silvestre. The poet he set most was Paul Verlaine.

One interesting thing Dubois and Raës discovered in their 3 years of work on this Fauré recording was that, due to his sensitivity to the sung word, Fauré was not beyond changing a poet’s text to better fit the musical language he was creating. The prosody was paramount. There are no false accents in Fauré and his setting of the textual rhythm is very accurate.

Of great importance to Dubois was that he was approaching these songs as a native French speaker. Because Fauré took such care with his setting of the text, Dubois felt that he could bring something to a performance that a non-native speaker could not.

In their work on the entirety of Fauré’s art songs, Dubois and Raës often had to look outside the regular repertoire and find (and blow the dust off of) works that had fallen out of the repertoire. For every Après un rêve (CD 3, track 26) and Clair de lune (CD1, track 17), there are 10 others that aren’t as familiar but are just as wonderful. 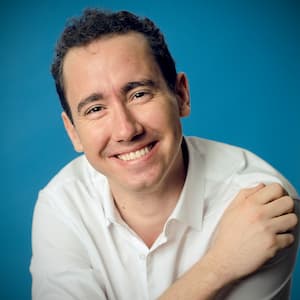 The performers made a conscious decision not to record this in chronological order. But, at the same time, they wanted to maintain the stylistic line of Fauré. Although Fauré, like many composers, is viewed as having three compositional periods (early, middle, late), they kept in mind Aaron Copland’s 1924 analysis of Fauré’s style: he said that over Fauré’s career, ‘the themes, harmonies, form, have remained essentially the same, but with each new work they have all become more fresh, more personal, more profound.’ In their exploration of Fauré, our performers found that there were always diamonds to be found. Fauré pushed the edges of tonality, modality, and even atonality to the very end. In addition, by performing the entirety of one composer’s work with one voice and one pianist, they hope that listeners will be able to travel with them through Fauré’s career.


When we were discussing the recording techniques of being so close to the microphone, Cyrille said that he wanted to imagine how to lessen that feeling that often happens in a recording, where there’s a distance between the performer’s lips and the listener’s ear. In a sense, he wants to be the invisible conduit between the composer and poet and the audience. The performer sometimes has to disappear. 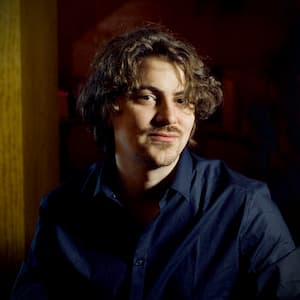 The centenary of Fauré’s death is next year and Dubois and Raës anticipate a 2-year stretch of performing Fauré as much as they can. They don’t know what’s next after Fauré, but, as always, are willing to explore and experiment. Ravel wrote in 1922 that Fauré was the saviour of French song (from being overcome by German Lied) and with this recording you can explore the world of Fauré – and over 103 songs and nearly 4 hours of performance you’ll discover not only an outstanding song composer, considered one of the greatest of his generation, but also an outstanding writer for the keyboard.