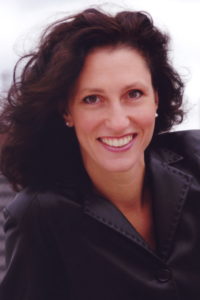 How do you modernize a classic? In the summer of 2015, composer Christian Jost wanted to recompose Schumann’s Dichterliebe for a particular voice, but the singer, his wife mezzo-soprano Stella Doufexis, died before he could even write one note. 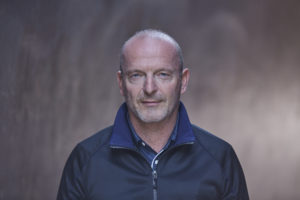 The final recording Ms. Doufexis made, in the summer of 2014, was of Schumann’s setting of the song cycle. Schumann set the poetry of Heinrich Heine, selected from his Lyrisches Intermezzo collection (1822-23). Heine wrote a verse Prologue and 65 verses of which Schumann chose 16 verses, creating a miniature of the larger work. It has its own integrity as a song cycle. 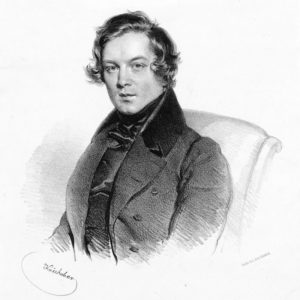 In Dichterliebe, a hypersensitive poet responds to the delicate world around him, looking to flowers, dreams, and fairy-tales to inform his life. He, of course, falls in love, but it goes unreturned. In the end, he decides to take everything, his ‘old and evil songs, the dreams so evil and bad’ and immure them in an enormous coffin, which is to be thrown into the sea by 12 giants, ‘bigger than even the Cologne cathedral.’ In that same coffin will be his love and his art.

For the first poem, Schumann sets up the scene where, ‘in the wonderfully beautiful month of May,’ the poet confesses his love. Schumann’s setting is delicate, the piano arpeggios providing a minimal backdrop to the voice.


In Jost’s setting, however, we’re in a different world. The piano paints a dark scene and the echoes in the strings only increase the anxiety. Repetitive patterns in the woodwinds give us more the image of an anxious poet wringing his hands rather than the shy declaration we hear in Schumann’s setting.

Jost gives us a dark modernist vision that brings out his own unhappiness as much as the poet’s feelings. It’s a situation where, in comparing the two setting, we get a deeper vision in to composer’s world.

The middle of the work for Schumann is No. 10, ‘Hör’ ich das Liedchen klingen.’ It is at this point that the imaginary lover becomes something else, but she is no longer real. She may be dead, lost, or even still living, but for the poet, she is gone and all sorrow enters his world. All hope has fled – both for love and for his art.


At this point in Jost’s work, we achieve a delicate stillness. But then the tension in the ensemble gradually increases as the singer repeats the text from the beginning again. She is gone, but then at the same time, you have impression that he too, is gone, swept away on a bewildering and chaotic sound.


The song cycle ends with poet’s demand for the enormous coffin, the 12 giants, and so on. Yet, in the end, he must make his sarcastic and pitiful close:

Schumann changes the tone here – softening the setting so he can capture our pity, just as the poem tries to.


Jost’s setting captures the poet’s despair as he calls for all the materials of a funeral. But at the end, Jost adds one more line of poetry, telling what the interment will give him. 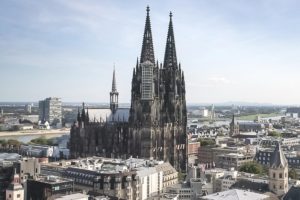 This line by Heine comes from a completely different poem (No. 43. Aus alten Märchen winkt es) from the same Lyrisches Intermezzo collection that the rest of the poems came from. Jost’s addition to the Schumann setting / Heine poem again reveals himself – the torment at the death of his wife cannot be relieved without the most exceptional measures.

Jost’s setting is extraordinary in its pain. By placing it in juxtaposition with Schumann’s understated setting, Jost moves modern lieder into a new world where it’s not just the words that convey the poet’s anguish but adds the composer’s very palpable feelings as well.