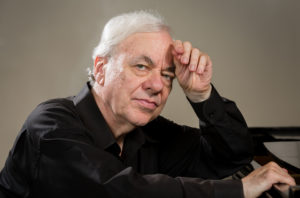 “The key is trying to limit yourself to perform only the pieces that will be best for you and the audience. Otherwise, you’re doing everyone—yourself, the composer, and the audience, a huge disservice.” – Richard Goode, concert pianist

I’m sure most performers would agree with Richard Goode’s statement, yet many, especially younger artists, are under tremendous pressure to “play to order” and to offer programmes which will satisfy promoters or venue managers.

It’s a physical and mental impossibility to play everything well (though there are a number of musicians out there who do seem to have mastered this, but they are rarities!), and the best performers understand their limitations. This is not to say that they offer limited repertoire, rather that the music they choose to play truly demonstrates their artistry. During their training, however, musicians are discouraged from specialising and instead tend towards a broad repertoire. Obviously, this has its advantages, as it introduces the student musician to a wider variety of music and will give them an appreciation of the breadth of their repertoire.

The advantages of performing what you know you play best seem obvious, yet it’s common to attend a concert and feel that the performer is playing music with which they are not entirely comfortable. For young artists, teachers and mentors may encourage them to select certain works to impress potential agents or promoters, while other artists play music which they think their audiences want to hear. And in the desire to offer as wide a repertoire as possible, some performers run the risk of dilution or of not studying the music deeply enough because of the pressure to learn so much.

As they mature, certain performers may develop an affinity with specific composers or genre and may choose to focus on that. András Schiff is one such example with his predilection for J S Bach and the Viennese masters; Piotr Anderszewski and Richard Goode are other examples. All these pianists offer their audiences impeccable and insightful performances of the music they know they play well, because when musicians know what they play well, they play to their strengths while also revealing something of themselves to their audiences. This in itself gives audiences a more meaningful concert experience, a contrast to a performance which may be reliable but just doesn’t reveal enough of the person behind the instrument and the notes. And when we play what we know we play well, we play with confidence, flair and enjoyment – all facets which audiences appreciate.


Knowing one’s limitations requires a level of humility which can be quite hard won and take time to achieve, for both professional and amateur musicians. The training of young musicians today is such that they are taught to believe they can play anything – and many have the technical and artistic facility to play some of the most challenging works in the repertoire from a relatively young age – but appreciating one’s limitations and working within them is a mark of self-insight and musical maturity.

“….we’re not machines, so part of being successful at this is understanding your own limits—your taste, your approach, and only performing things that work for you.”– Richard Goode