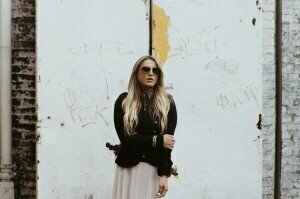 One of the most widely heard composers from the Middle East is Dana Al Fardan.

Every month, over 2 million people hear her music because, as Official Qatar Airways Composer, her music is played during the boarding and disembarking process on every flight. Qatar Airways is not the only airline to have new music composed for it – Emirates Airline has its music from American composer Christian Saglie – but Qatar’s choice of a local composer is striking. The piece is distinctive for the sound of the rebaba, the two-string spike fiddle of the Middle East – for the composer, it is this sonic detail that gives the work its identity.

She’s written the Official Theme Music for Qatar’s Hamad International Airport, The Beginning, which appears on her 2017 album Sandstorm. The video, starting in the desert outside Doha, Qatar, before progressing to Hamad International Airport, opens with a striking scene of a Steinway piano being played in the middle of the dunes. Keep an eye out for the amazing public art in the airport that makes an appearance: the giant yellow bear (Lamp Bear, by Urs Fischer) and the golden walls (Untitled, by Rudolf Stingel). 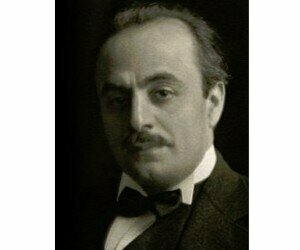 Her intensely patriotic song “One Nation – Al Yaqeen,“ written in response to the ongoing blockade of Qatar started with a call for performers on Instagram and ended up 2 weeks later with a video that showcased both the country and the musicians of the country. A call for unity and a declaration of the nation’s pride, the music video garnered much attention as it focused attention on a young country’s situation.

She’s done film music – first for a not-yet-announced film on Jane Austen and for the upcoming horror film The Necromancer, currently in post-production. She’s also done the trailer music for a new sci-fi series set in Qatar, Medinah. Her song, Intertwined, was composed for the trailer.

Coming up in July in London will be her musical about the life and writings of Khalil Gibran, based on his 1912 poetic novel Broken Wings.

In Qatar, Dana Al Fardan is making a difference in the country soundscapes. You’ve heard her as you arrive on the national airline, you’ll hear her music at the current Imperial Threads exhibition at Qatar’s Museum of Islamic Art, and soon you’ll hear her on your television and in your local movie theatre.

Her music isn’t complex, but it is compelling – all the more so when you realize that Ms. Al Fardan only took up music for 4 years. While she was pregnant with her daughter, she started questioning her life and discovered a new way that she wanted it to go. She had studied international relations at the American University of Sharjah (UAE) and also did a degree in gemmology. She worked in the family jewellery company and in the family real estate company before taking a sharp turn into the world of music. Now, her activities have carried her out of the pop world she started in and she’s making an international breakthrough. As you listen to her music, listen for the little details that give it a Middle Eastern identity – it may be in the quarter-step vocal lines, the local instrument, or even the sentiment, but it’s always there.