Blog
My Beethoven by Maureen
by Maureen Buja May 19th, 2020
Tags: Beethoven 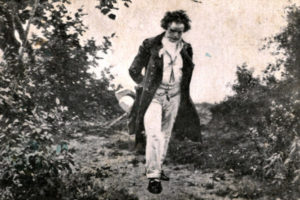 One of the things that we are often unaware of is how much our first hearing of a work can influence our thoughts on that work. I don’t think I really paid attention to the music around me unless I had a record in my hand. My recording of The Nutcracker, received as a Christmas present one year, was the RCA Living Stereo version with Fritz Reiner conducting the Chicago Symphony. It wasn’t a new recording or the latest, but it was mine and I played it all the time.

Another time, my parents brought home a recording of Beethoven’s Symphony no. 6. I don’t remember who did it, what label or anything about the recording. I don’t think it was a major label or a major orchestra and was probably a give-away with a purchase of gasoline or at the grocery store. I listened and listened and knew the work and then went to a performance and heard something very different.

It happened in the 4th movement – the Thunderstorm. The rain starts, the thunder roars, the storm builds and then, at around 02:15, there’s this piercing piccolo.


Hmm. I don’t remember hearing that before. Let me listen to another recording. A faster tempo, somewhat of a rushed feeling, 02:00 and there’s that piccolo again.


Here’s an older recording, from 1958 – a different, almost deeper sound, as though it’s been recorded in a very large hall – and then at 02:10, the piccolo again, and now with a growing dynamic change. It gets louder from start to finish.


Here’s a newer recording from 2005. A slower tempo, a more deliberate feel and then the storm burst upon you. It’s a much more dramatic reading than in the earlier recordings. The woodwind colours seem far more deliberate. At 02:29 the piccolo seems even more shrill than before. 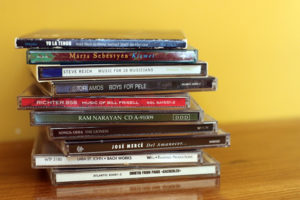 In listening to dozens of recordings, that piccolo is always there, but it wasn’t in my first recording. It may have been a recording glitch, it may have been the conductor’s taste, it may have been a reticent piccolo player. On the way of looking and listening for that elusive first recording, I’m learning an enormous amount about interpretation, about the difference that slower or a faster tempo can make to your feelings about a piece, about what different conductors can bring out of an orchestra, what different orchestras can do with a standard work. This search for a memory has made me look at performances very differently. My taste developed in what I liked in recordings and my memory of what I was looking for expanded. Thank you, strange first recording that missed out the piccolo! A whole world of listening opened up for me.