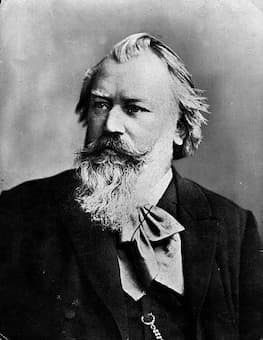 In his catalogue, Johannes Brahms (1833-1897) only has two concert overtures and they were both written the same year: 1880.

The first is the well-known Academic Festival Overture, written as a thank-you following the awarding of an honorary degree by the University of Breslau. The work is filled with student drinking songs, guaranteed to fulfil the promise of the title: ‘academic’ in that these are student songs, and ‘festival’ in that these were songs beloved of students and, placed together, are a party unto themselves. Its contrasting twin is the Tragic Overture, written during the summer of 1880. It received its premiere in Vienna on 26 December 1880 and 8 days later at the University of Breslau, on a program with the premiere of the Academic Festival Overture. 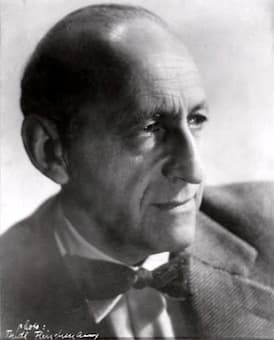 Brahms was fond of creating pairs of contrasting works and so he felt that having created the ebullient Academic Festival, a contrasting idea was needed for its paired overture. The work doesn’t have a story line – there’s no known tragedy that Brahms was explicating in music – but simply serves as a contrast with the other work. Brahms had been asked to write incidental music for Goethe’s Faust at about this time; the project fell through but it may be that Faust’s tragedy was on his mind when he was considering this tragic overture.

The work opens with two momentous chords that are a melodic falling fourth and this interval will be important for many of the themes in the work. One writer summarized the music as having the impact of being ‘assertive, austere, energetic, withdrawn, mysterious, and romantic’ in turns. That almost sounds like it could just as easily be named the Romantic Overture.

Carl Bamberger leads the North German Radio, Hamburg, Orchestra in this 1956 recording. Bamberger came to the US from Vienna in 1937 and was the director of the Mannes School of Music’s Orchestra and Opera departments. In the 1960s and 70s, Bamberger conducted the New School of Music in Philadelphia’s orchestra and worked with New York City Opera, the New York Philharmonic, and the Cologne, Hamburg, and Stuttgart opera orchestras. 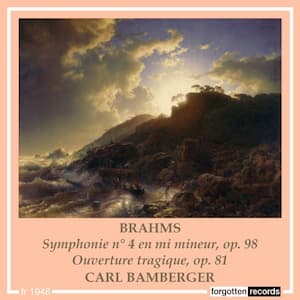