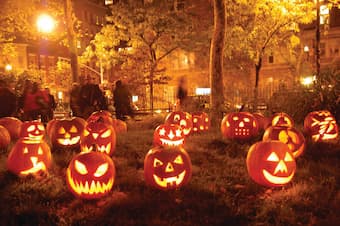 In some parts of the word, Halloween is a hugely profitable holiday for retailers. In fact, roughly 25 percent of all the candy sold annually in the United States is purchased for Halloween. Halloween isn’t just a holiday for kids, as adults spent significant amounts of money on decorating their homes, preparing for parties, and buying costumes. In fact, about twenty percent of pet owners are buying costumes for their beloved critters. That’s what I call scary. 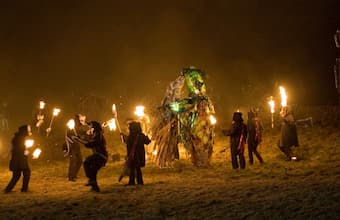 Halloween is celebrated on 31 October because it evolved from an ancient Gaelic festival called “Samhain.” That particular day, celebrated in what is now Ireland, the United Kingdom and northern France, marked the end of summer and the beginning of long winter months. For Celtic people, 31 October was the beginning of a new year, and the night before represented the boundary when the worlds of the living and the dead became blurred. They believed that the ghosts of the dead returned to earth on that day. 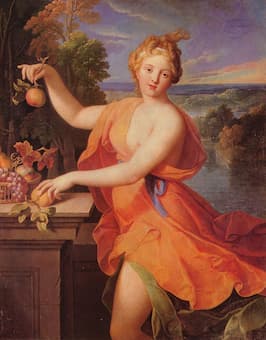 This early pagan holiday involved a lot of ritualistic ceremonies with people trying to connect to the spirits. Druids built huge sacred bonfires, and people gathered to burn crops and animals as sacrifices. It is believed that Celts wore costumes of animal hides and heads as a disguise against ghosts. Since the boundary between this world and the next was especially thin on this day, Celtic priests made predictions about the future. These prophecies were an important source of comfort during the long and dark winter. There must surely have been some dancing, singing and music-making as well, but specific details need to be imagined nowadays. At any rate, it is not difficult to see how present-day Halloween celebrations inherited their haunted and spooky connotations. When the Roman Empire conquered Celtic territories, two festivals of Roman origin combined with the celebration of Samhain. Romans had traditionally commemorated the passing of the dead on “Feralia,” a day in late October. The second festival was celebrated in honor of “Pomona,” the Roman goddess of fruit and trees. 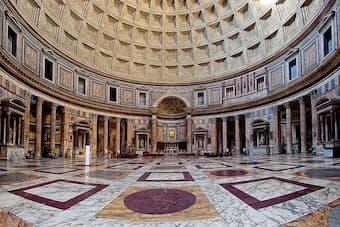 The Roman goddess Pomona protected gardening, and her symbol is the apple. The Roman poet Ovid describes her as “a nymph clad in flowers, protecting her beloved flowers and trees.” The Danish composer Hans Christian Lumbye placed Pomona at the center of a waltz suite composed for a nightly entertainment at the Copenhagen Court Theatre. It sounded first at that location on 4 October 1853. You might not know, but the goddess Pomona also makes an appearance in a Bach cantata. BWV 205 Tear asunder, smash, lay waste to the vault, subtitled “Aeolus Appeased” was composed for a Leipzig law and philosophy professor in 1725. In his text, the Leipzig poet Christian Henrici, also known as Picander, takes us back to the world of antiquity and the island of Sicily. Aeolus, the King of the Winds, is very much looking forward to let the devastating winter winds cause chaos. However, a number of supplicants make an appearance. Zephyrus, the god of mild summer breezes, asks Aeolus for compassion but is unable to convince the King of the Winds. Then, Pomona enters and attempts in vain to win over Aeolus. Finally Pallas Athene, goddess of wisdom and the arts, succeeds in making Aeolus relent. The cantata ends with the plea that no strong wind will disrupt the celebration of the famous Leipzig professor. 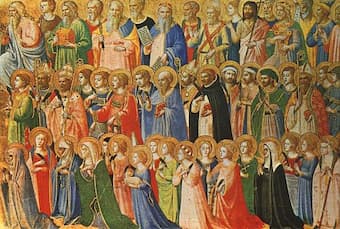 On 13 May 609 A.D., Pope Boniface IV dedicated the Pantheon in Rome in honor of all Christian martyrs. As such the Catholic feast of “All Martyrs Day” was originally established. That day was initially observed on 13 May, but when Pope Gregory III expanded the festival to include all saints as well, “All Saints Day” moved to 1 November. Blending Celtic and Catholic traditions, “All Souls Day” moved to 2 November. “All Souls” was celebrated in similar fashion to “Samhain,” with big fires, parades and people dressing up as saints, angels and devils. It was called “All-hallows” and the night before was called “All-Hallows Eve.” From there it was just a small step until we get to the present term “Halloween.” Over time, a number of traditions associated with Halloween emerged and developed in North America and were subsequently exported to various parts of the world. “All Saints” is also still celebrated in Christian churches, and in 1605 the English composer William Byrd published a moving motet for that particular feast day. COVID-19 has made Halloween 2021 really scary, but luckily we have ways to completely take the sting out of that particular spook; please stay safe.