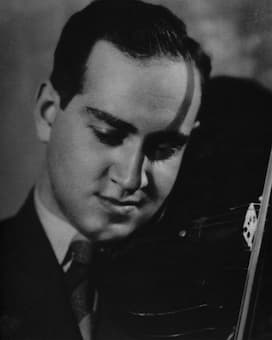 A good many commentators consider David Oistrakh as one of the preeminent violinists of the 20th century. Said to represent “the ideal violinist, combining fingers of steel with a heart of gold,” Oistrakh made playing the violin look easy. His playing unfolded effortlessly, and his sense of technical ease also informed his interpretive style. His technical mastery was complete, his tone warm and powerful, and his approach a perfect fusion of virtuosity and musicianship. “Oistrakh left audiences with the most profound impression, rather than the emotional resonance of individual moments.”

He was born on 30 September 1908 in the city of Odessa, Ukraine, then part of the Russian Empire. At that time, Odessa was one of the culturally most important and developed cities in provincial Russia, and the city also gave birth to Shura Cherkassky, Emil Gilels and Nathan Milstein, among countless others. His father Fischl Eustrach was the son of a second guild merchant, and he was a music lover. He loved to play the violin in his spare time, and “introduced little David to her.” His mother Beyle Oistrakh was a professional singer, performing in the choir of the Odessa Opera House. 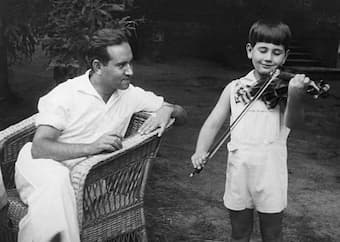 Beyle Oistrakh frequently took her son to opera performances, and once home, young David always pretended to be “the main protagonist of his favorite operas.” Apparently, he sang all the major roles from Carmen, Prince Igor and others, and conducted imaginary musicians. It was clear from an early age that David had exceptional talent. As he later remembered, “I was three and a half years old when my father brought home a toy fiddle. Playing on it, I pretended to be a famous street musician. I could not have been happier than to go from house to house with a violin.” David began his violin lessons at the age of five as a student of Pyotr Stolyarsky, whose other students included Nathan Milstein, Boris Goldstein and Elizaveta Gilels. Oistrakh remembered, “From the very beginning Stolyarsky instilled in us the need for perseverance and showed us how to enjoy the pleasures of the creative side of music. His incredible enthusiasm was contagious and we were all affected by it.” In time, the famed educator opened the “Stolyarsky School of Music,” a formal and rigorous school for prodigal musical children. 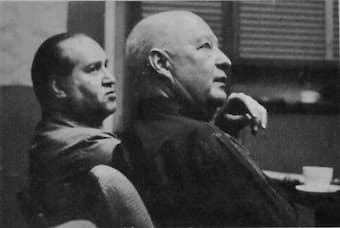 Stolyarsky considered Oistrakh his best student, “showing exceptionally brilliant progress on the road to mastering the violin.” Oistrakh recalls, “When I think of myself in those years, it seems to me that I was playing quite freely and fluently, tonally pure. But there were still many years of hard work over the sound, rhythm and dynamics, and of course, most importantly, a deep comprehension of the inner content.” As he famously said in later years, “However hard I try, I can’t recall ever having been without a violin during my childhood.” In 1914, at the age of five-and-a-half, Oistrakh performed his debut concert. “After that occasion,” he explained, “I often played programs of chamber music together with other pupils. He entered the Odessa Conservatory in 1923, and his “first “proper concert” took place when he was 15, performing the Bach A minor Concerto, with a quartet as accompaniment, the Devil’s Trill Sonata, and “the rest I forget.” His first concert with orchestra sounded in 1924 when Oistrakh played the Tchaikovsky Concerto with a student orchestra. As Oistrakh recalls, “For my final examination at the Conservatory, I gave the first performance in Odessa of Prokofiev’s First Violin Concerto in 1926, and the composer was there to hear it.” 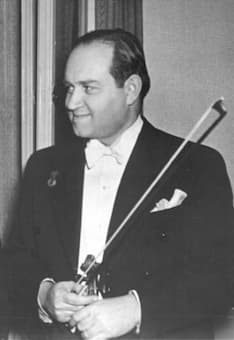 Taken at a concert in Dresden

However, according to Oistrakh, “it was not until I had finished my studies that I really began my career.” In 1927, Oistrakh appeared in Kiev as a soloist in Glazunov Violin Concerto in a performance conducted by the composer, which earned the violinist an invitation to play the Tchaikovsky Violin Concerto in Leningrad with the Philharmonic Orchestra under Nikolai Malko the following year. “I remember the date very well,” said Oistrakh. “It was October 10 and the opening of the season there, and the city was full of well-known musicians, Szigeti, Walter, Petri, Albert Coates. Malko had invited me to play for the first concert of the season. The orchestra was very skeptical, even shocked; why had Malko invited this young man from the provinces to play with them? The concerto was the Tchaikovsky, and I’m glad to say that, although I know I wasn’t yet very mature, my performance was well received.” Oistrakh relocated to Moscow in 1927, and played his first recital there in 1929 “in a small hall, but attended by many violinists, both players and teachers. I think it was a success.” Oistrakh was clearly on his way, winning the first prize in the Ukrainian competition for violinists at Kharkov. He performed all over Russia, and eventually the world, and only blatant anti-Semitism prevented him from winning first prize at the Wieniawski competition in Warsaw in 1935.